Trump tells reporters he doesn't want them seeing him in a mask at Mich. Ford plant producing PPE 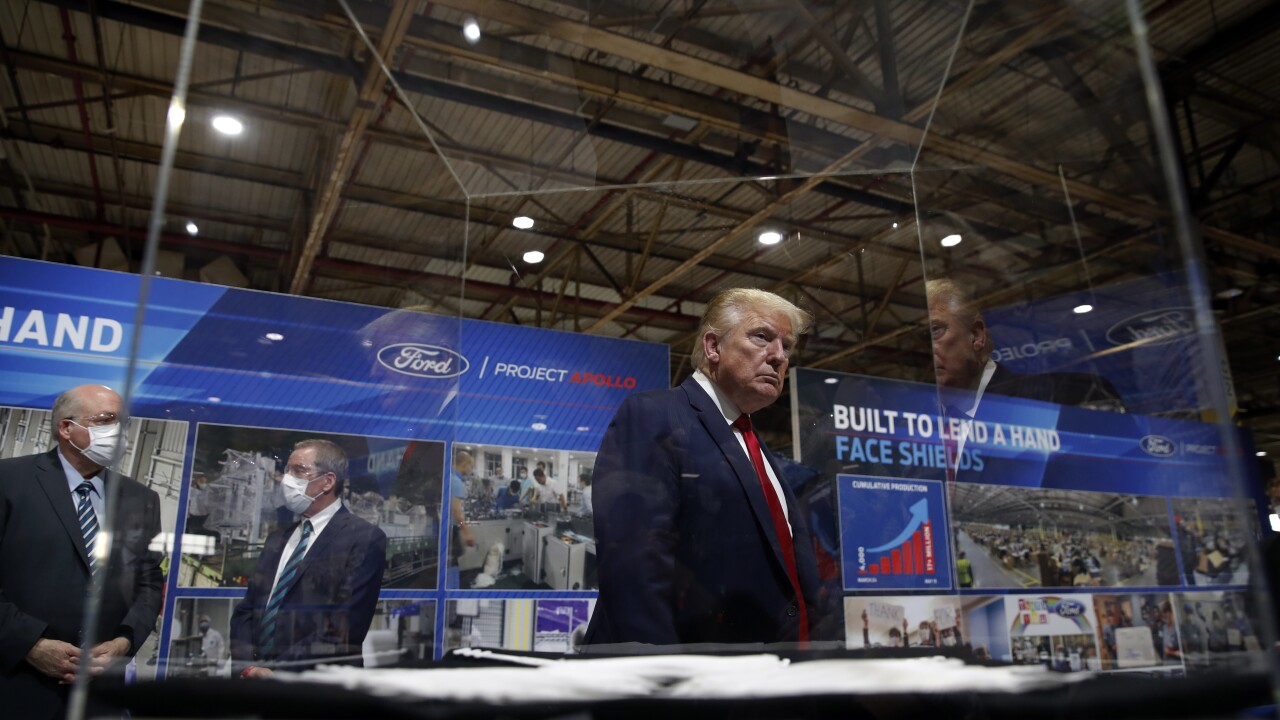 President Donald Trump took a tour of a Ford plant in Michigan on Thursday, which produces personal protective equipment such as N95 respirators, ventilators and face shields to help combat the coronavirus.

Meeting with reporters during his tour, Trump claimed that he wore a mask elsewhere in the facility “where they preferred it.”

Why did Trump not wear a face covering throughout the facility?

“I didn’t want to give the press the pleasure of seeing it,” Trump said.

The Ford Motor Company issued a statement confirming that Trump wore a mask in an area not seen by reporters.

“Bill Ford encouraged President Trump to wear a mask when he arrived," the company said in a statement. "He wore a mask during a private viewing of three Ford GTs from over the years. The President later removed the mask for the remainder of the visit."

On Wednesday, Michigan’s attorney general Dana Nessel, a first-term Democrat, sent the White House a letter , which reminded Trump that “all non-essential in-person visits, including tours” are suspended at manufacturing facilities in Michigan amid the spread of COVID-19.

The letter went on to say that her office would not try to stop Trump from entering the facility, but added that Trump and members of the White House have a “legal,” “moral” and “social” responsibility to wear a face covering inside of the facility.

- The president told reporters he would like to resume holding campaign rallies “soon,” and hinted in states such as Florida, he could hold rallies in larger stadiums.

- When asked about the stockpile of ventilators, Trump said that, “Every state now has more than they need and our stockpile is totally full.” He added that the United States is in a position to send excess ventilators overseas to assist foreign efforts to fight the coronavirus.