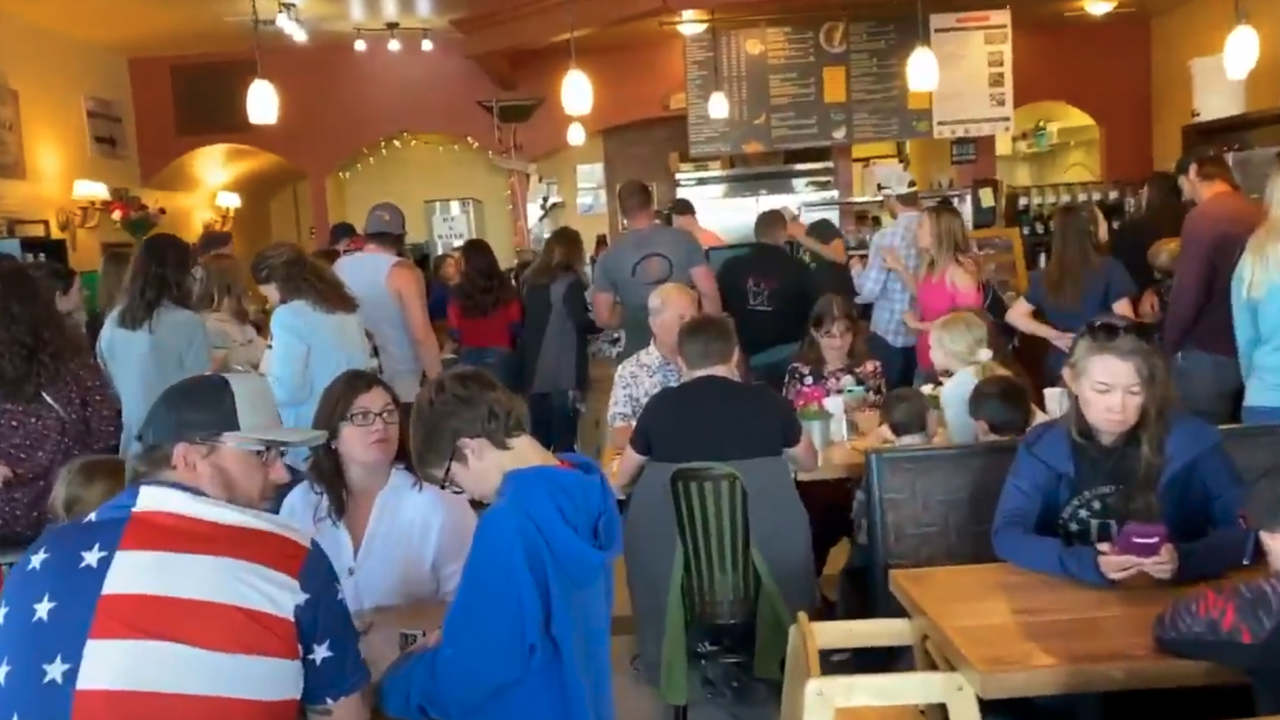 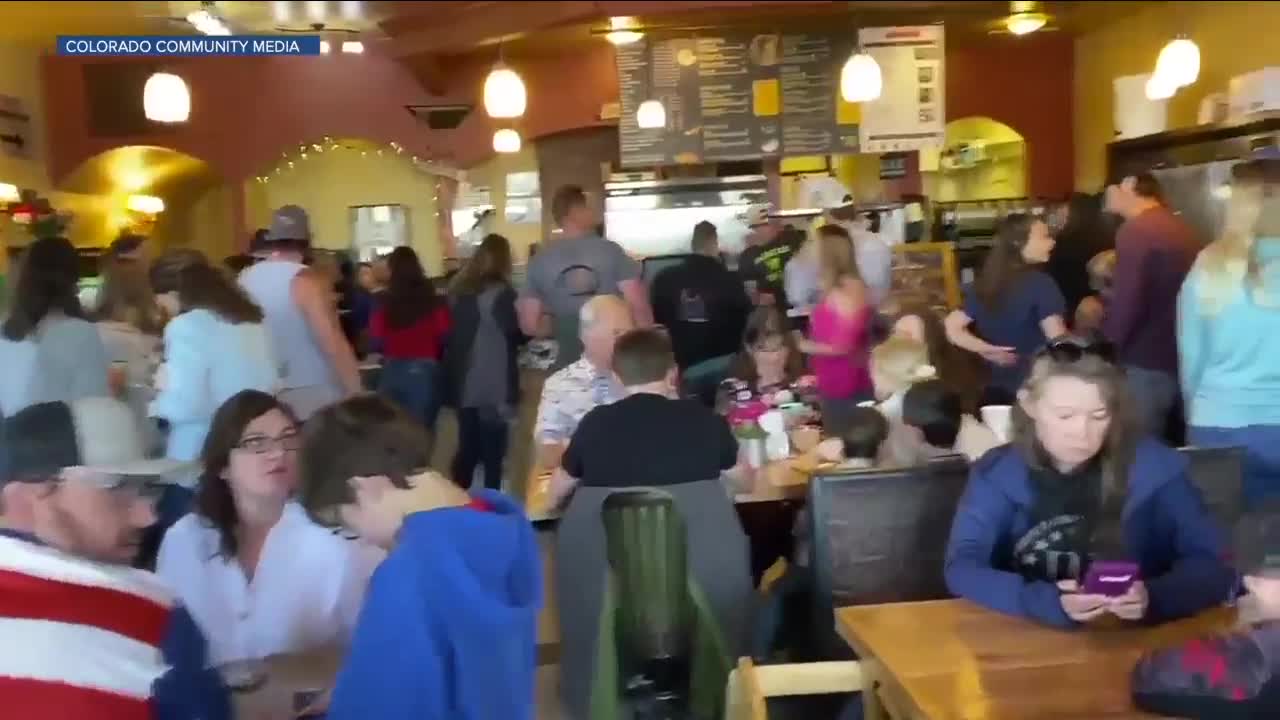 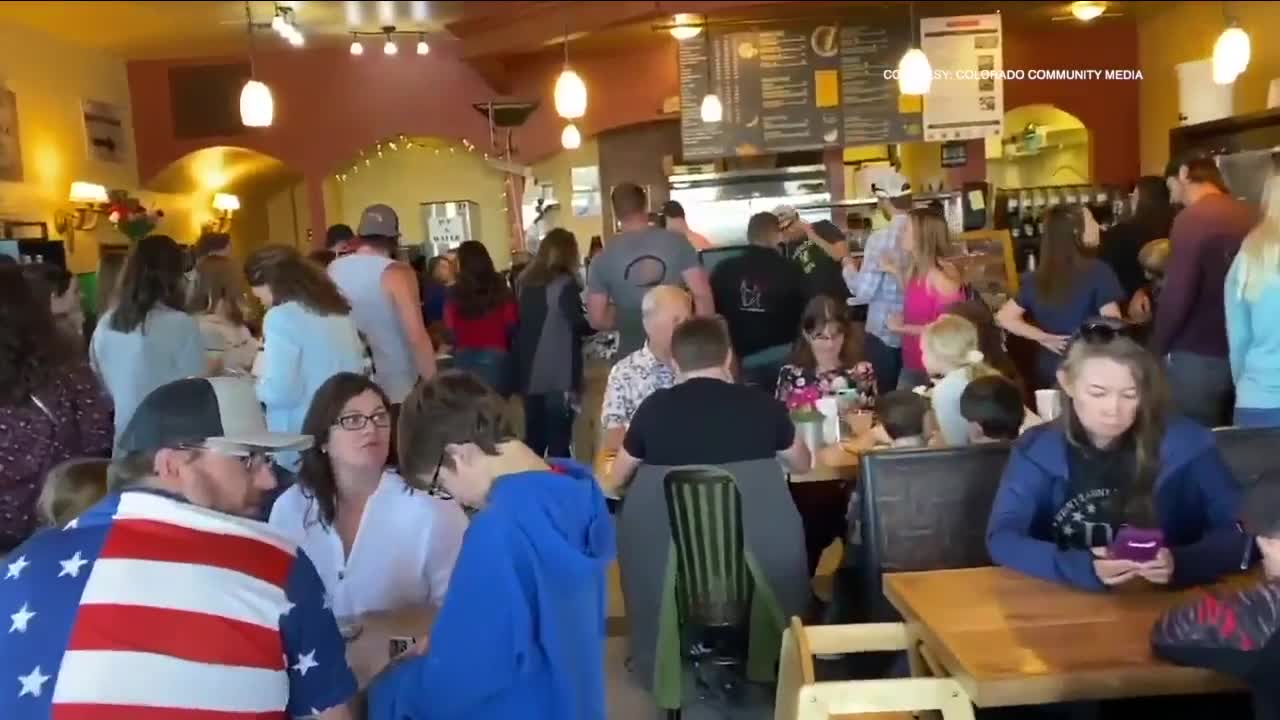 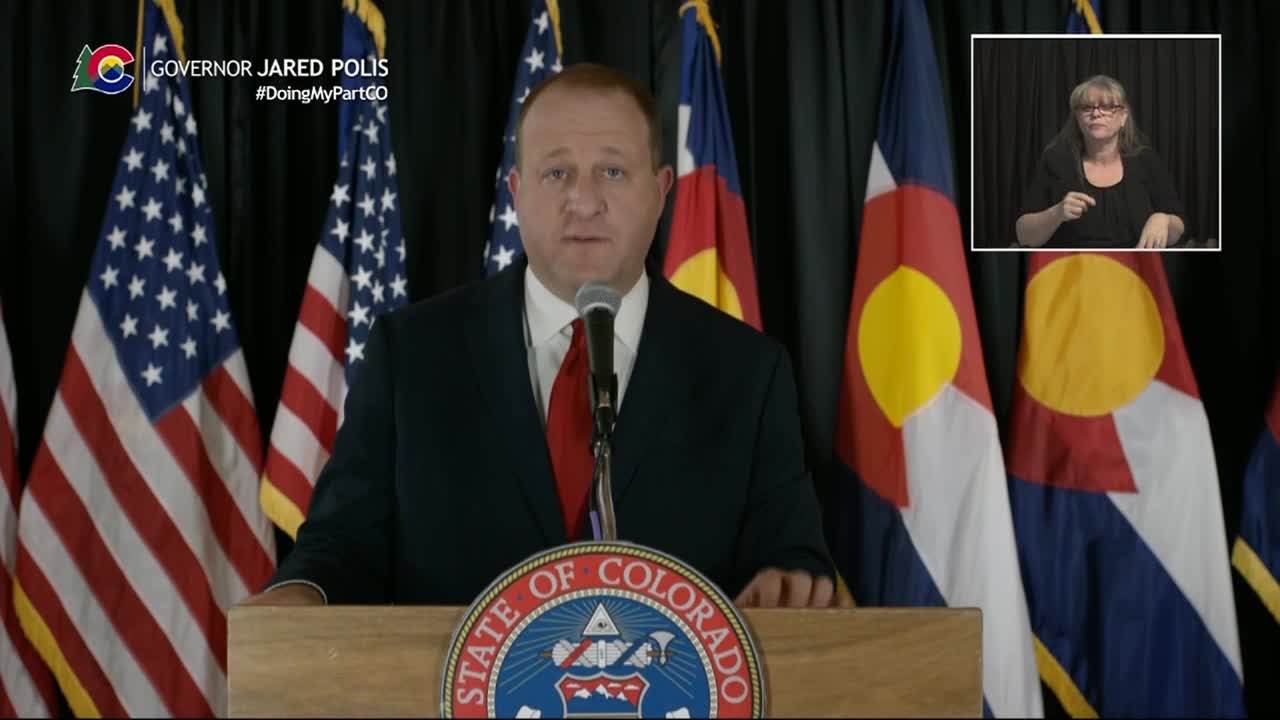 DOUGLAS COUNTY, Colo. – The Tri-County Health Department and the state ordered a Castle Rock diner that allowed dozens of people inside without masks or social distancing guidelines for dine-in and takeout services on Mother’s Day, in defiance of the state’s public health order, to close until further notice.

The department issued the order to C&C Breakfast & Korean Kitchen just after 12:30 p.m. Monday after the restaurant’s Sunday actions, which followed a Friday warning from the health department that restaurants are only allowed to do take-out or delivery services.

Video taken inside the coffee shop Sunday by Colorado Community Media shows booths packed, tables filled and a line snaking out the door. The owner of C&C Coffee and Kitchen declined to speak on the record with Denver7 on Sunday.

“It is disheartening that this restaurant has chosen to move ahead of the public orders and not even consider implementing best practices to prevent the spread of COVID-19. It is not fair to the rest of the community and other business owners that are following Safer at Home and doing their part. We sincerely hope that C&C will choose to cooperate with the rules under which they are allowed to operate so we can lift this closure order,” said TCHD Executive Director John M. Douglas, Jr., MD.

Gov. Jared Polis said he was “extremely disappointed” when he saw the videos taken at C&C on Sunday and said the Colorado Department of Public Health was using its authority under the Colorado Food Protection Act to suspend the café’s license indefinitely – which Polis said would probably be at least 30 days.

He said the owner of the restaurant was being irresponsible by opening in defiance of the public health order because being shut down for at least 30 days will mean likely lost wages for the employees and money not coming in that could have been used to pay rent or the mortgage for the building.

A TCHD spokesperson said earlier Monday that the department was disappointed in the café’s actions Sunday and risked undermining what other Douglas County restaurants and residents have achieved during the stay-at-home and safer at home phases.

Blake Street Tavern owner Chris Fuselier said he was shocked when he saw video from C&C on Sunday.

“I’m so frustrated as another independent restaurant owner in Colorado and we’re trying to do the right thing,” he said. “…I mean they went full out and broke just about every public health order there was.”

He said he worried that others might try to copy what the restaurant did despite it being ordered to close by the state and county health departments.

“I really fear copycats and that it is going to sprout in other parts of the state,” Fuselier said.

The governor said Monday that people who think about defying the public health orders should first think about their family members or those who have lost love ones to COVID-19 and the grief they are feeling. Polis said he love his mom way too much to put her at risk in order “to take a selfie with omelettes and a mimosa.”

He said that displays such as the one seen at C&C on Sunday make others feel less safe who do want to follow orders while still helping local businesses.

But Polis also said that people should not hope for patrons of the café to contract the novel coronavirus, saying doing so is “not a Colorado value” and that he hoped and pray nobody who went to the restaurant Sunday had or caught the virus.

He urged people who disagree with the public health order and other state laws to use their First Amendment right to speak out against them but said that doesn’t mean they can simply violate laws.

But he said that if the state didn’t act, more businesses might follow suit and it would be a “near-guarantee” that more people would contract the novel coronavirus and die of COVID-19. He said if, theoretically, 40 or 50 businesses did what C&C had done, at least a couple would have outbreaks and dozens of people would likely be infected in such a tightly-packed environment.

Polis said that people have individual responsibilities to carry themselves in accordance with the law and public health orders, saying it could “make the difference between going on living or suffering an agonizing and lonely death.”

C&C owner Jesse Arellano said in a brief interview Monday afternoon that he had not heard about the state order and hadn't read the order from Tri-County. He said that the business was open Monday until 3:30 p.m.

"We're fighting for freedom. This is getting serious," Arellano said. "The damage done by these restrictions are going to be worse than the cure."

When asked what he wanted to say to Polis, Arellano said he wanted to tell the governor that he was praying for him "to make the best decisions for people and not just politics."

He said employees had been told that if they didn't want to come to work Sunday or Monday they didn't have to but that they all volunteered.

"That's pretty interesting how big this has gotten just for standing up for what we actually have, which is constitutional rights," Arellano said.

The Douglas County Board of Commissioners said in a statement that they were working to request variances from the state that might allow them to reopen some types of businesses or events early if they are granted.

“While our public health data continues to deliver evidence that reopening our economy is in our near future, we must continue to partner in ways that preserve our right to reopen our economy safely, responsibly and lawfully,” the board said in a statement. “With that in mind, various business leaders are working with us to request variances from the State Health Department to responsibly and thoughtfully reopen in partnership with our public health partners.”