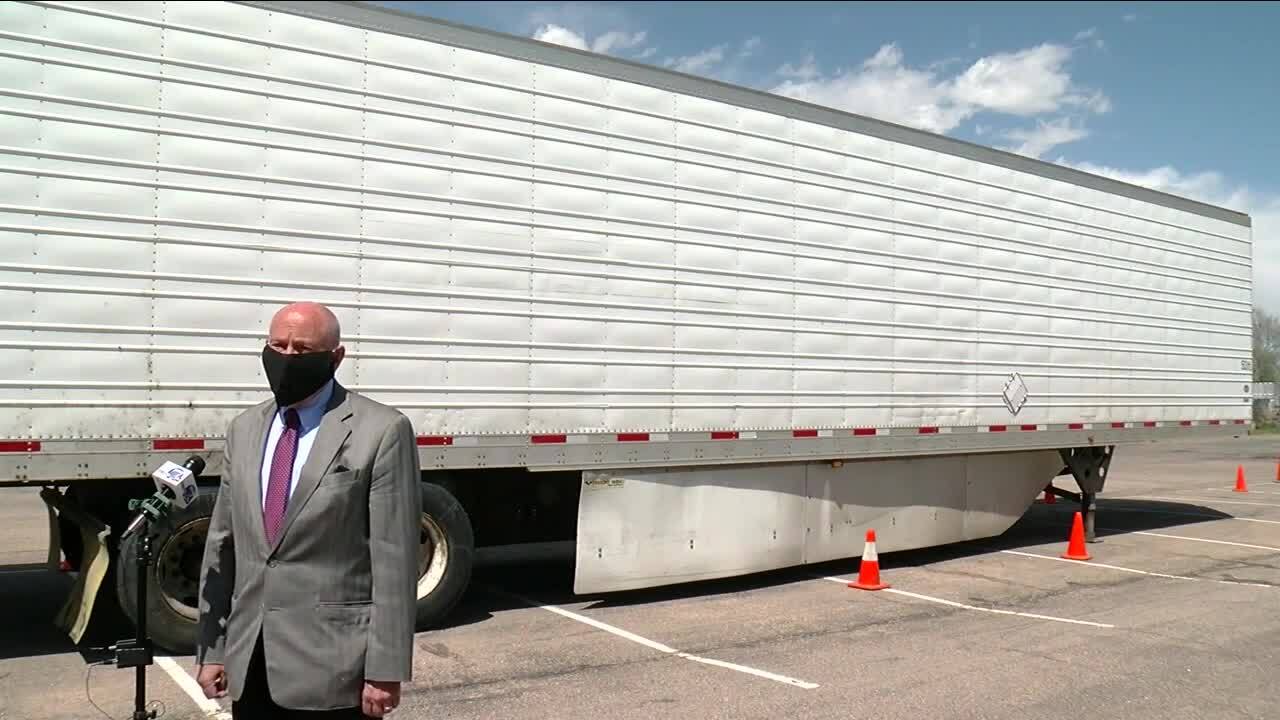 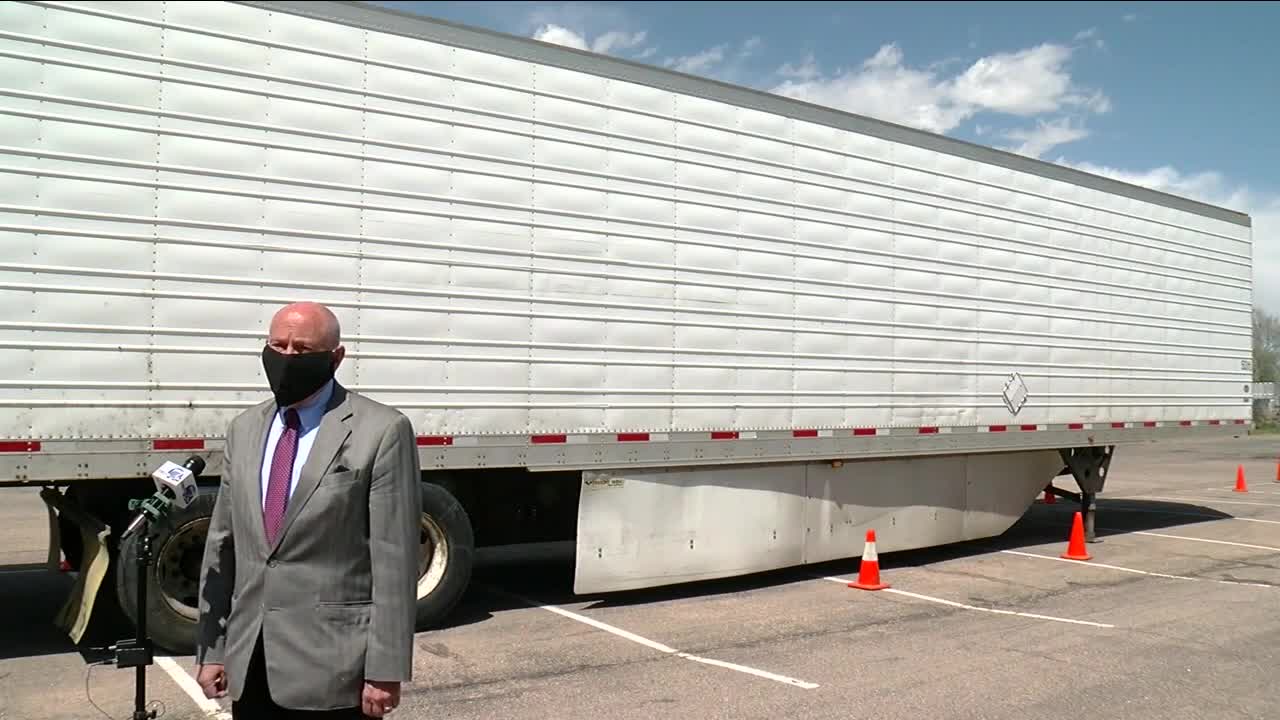 FORT MORGAN, Colo. — An ordinary white refrigerator truck is parked in back of the sheriff's office in the small town of Ft. Morgan, on Colorado's Eastern Plains.

If you drove by, you wouldn't realize that it represents a major health crisis in the county. That's because inside the truck is where those who have died from COVID-19 are now stored.

"It just overwhelms the system," said Don Heer, the Morgan County Coroner discussing the high number of coronavirus cases that are now ravaging his district. "Our storage units have been at capacity or higher in the last 30 days, more than I’ve ever seen in this community."

The rural Morgan County currently suffers the highest infection rate in the state, nearly three times the rate of Denver County. Health officials attribute the scourge to outbreaks at a nursing home and a Cargill meatpacking facility in Ft. Morgan. And with more infection, comes more death.

"We normally get four or five calls a week," said Heer, describing an average week before the outbreak.

But with the outbreak bearing down on Morgan County, officials "have been seeing as many as five calls a day," he said.

The two mortuaries in the county have eight storage spaces for the deceased. Once the number of bodies reached 14, the coroner's office needed to find a solution. But the toll of so much death is not just a headache for the coroner, it also represents an emotional burden as well.

"We live in a small community and everybody knows everybody. So it is affecting the entire community in one way or another," lamented Heer. "There is a lot of emotion going on because people cannot stop their life until the funeral service gets over with. We have got to say goodbye."