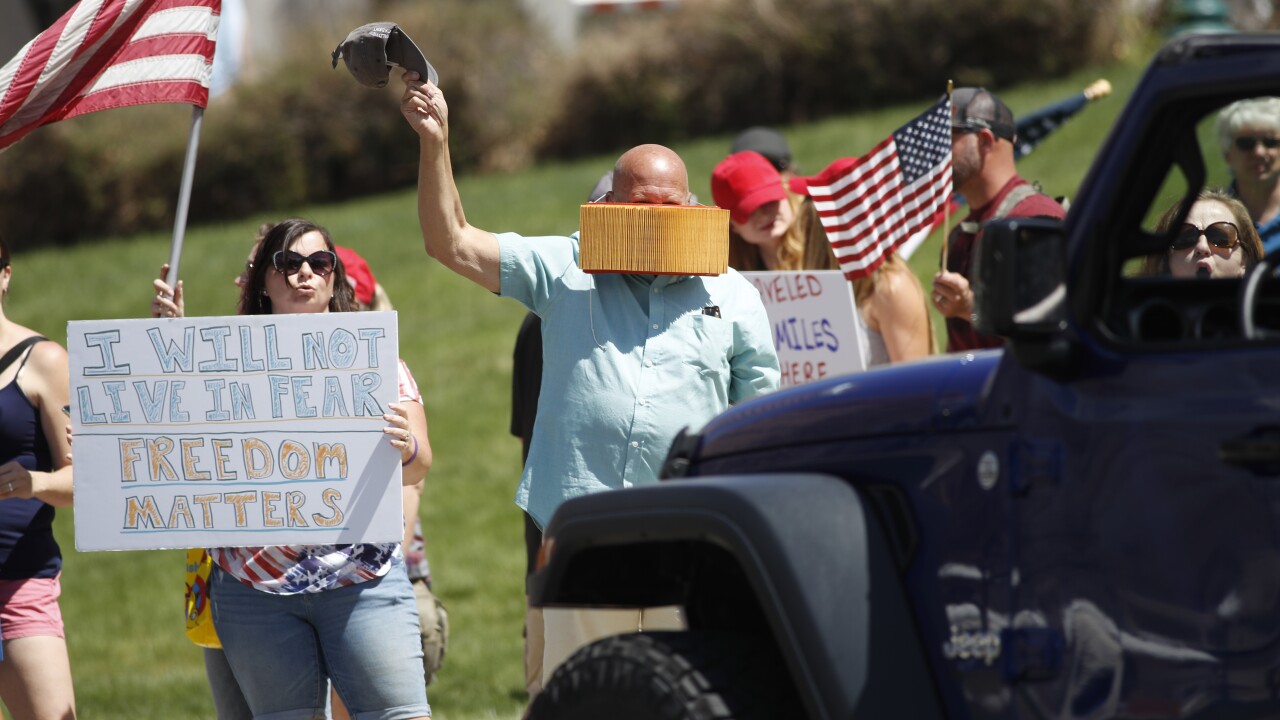 (Copyright 2020 The Associated Press. All rights reserved. This material may not be published, broadcast, rewritten or redistributed.)
David Zalubowski/AP
Protesters call for the reopening of Colorado while restrictions put in place to stop the spread of the new coronavirus were eased in most of the state, Friday, May 1, 2020, in front of the State Capitol in Denver. (AP Photo/David Zalubowski) 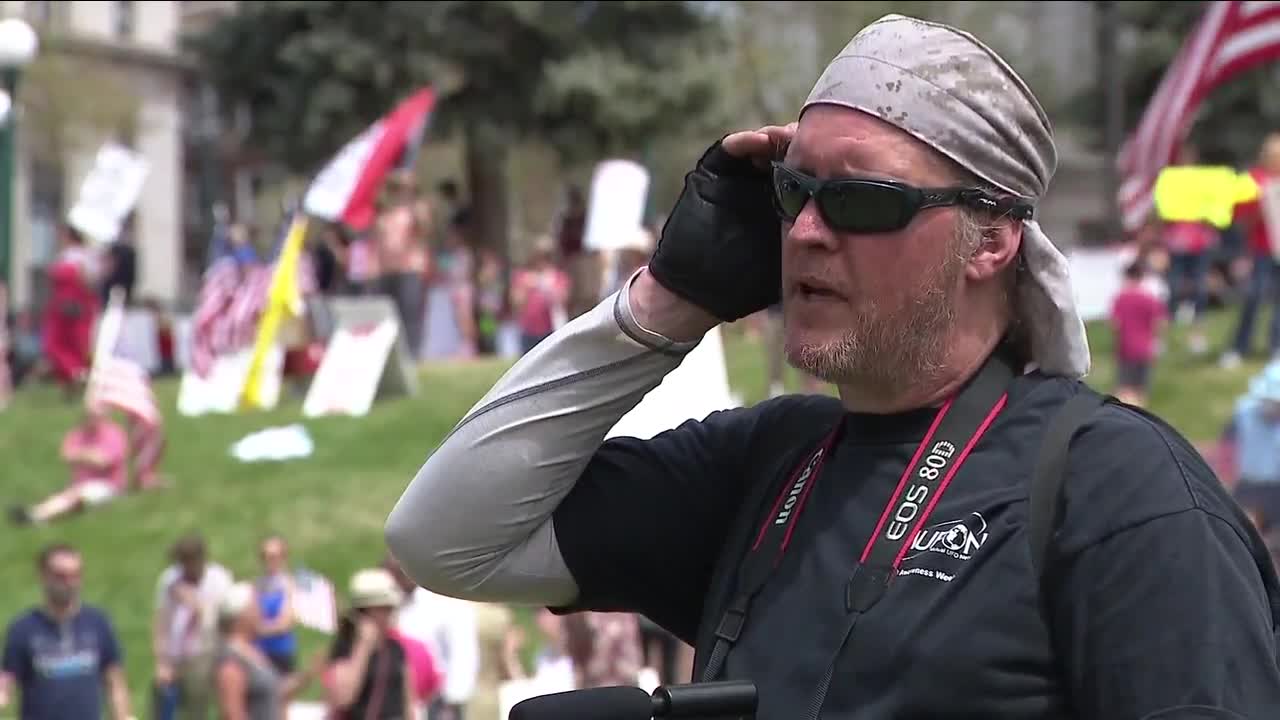 DENVER – Hundreds of protesters gathered outside of the Colorado state Capitol again Friday to demand the state reopen completely immediately even as orders have been relaxed to what the governor calls a “safer at home” phase and businesses have started to reopen outside the Denver metro area.

The noon rally lasted for hours as demonstrators held up signs and American flags and waved at cars as they drove by.

Joe Oltmann said this was his first time organizing a rally but that he did so because he believes his constitutional rights are being violated by the executive orders Gov. Polis has issued.

Oltmann, who is the CEO of a tech company, says he recently tested positive for COVID-19 antibodies, has lost friends to the virus and had others who have gotten sick from it.

He says he knows COVID-19 is a threat, but says he believes the fear is being overblown.

“It feels more like this is a campaign of fear that’s been thrust among the people and we didn’t have a choice in it,” he said.

Oltmann said he has taken safety measures within his own company to help keep his employees healthy and knows other companies are doing the same.

He said doesn’t want to force anyone to return to work but believes it should be up to businesses and individuals to determine the amount of risk they are willing to take and how to reopen responsibly.

“Give everybody the opportunity to open, put precautions in place, give them guidelines to put in their business and keep everyone safe and let everyone open let everyone get back to this new normal,” he said.

Gov. Polis and the state health department issued executive and public health orders earlier this week outlining those precautions. Counties under “safer at home” started retail curbside delivery on Monday, and retail businesses and personal services like salons were allowed to start opening back up Friday if they adhere to the public health order.

At the same time the protest was happening, Polis was hosting a news conference to reiterate those steps, along with the ability for businesses in counties under safer at home to on Monday start operating with up to 50% of the workforce in the building at a time if physical distancing and other best practice measures are met.

But that is not enough for some of the people at Friday’s protest.

“Gradually reopening it is better than nothing, but I don’t think it’s quite enough,” said Lawrence Johnston, who attended Friday’s rally. “I don’t fault him for it, but I’m not pleased.”

Johnston says he is self-employed and that the stay-at-home and safer at home executive orders haven’t hurt him financially, but they have hurt several of his friends.

“I think we’ve had enough time of this,” he said. “I think it’s time that we open up and get our economy rolling again, and if we don’t, it’s very strong possibility were going to collapse this economy.”

Polis and state public health officials have made clear that the stay-at-home order led to huge strides in tamping down the spread of the virus in Colorado and keeping the state’s health care system from being overrun by COVID-19 patients.

Karen Gordon, meanwhile, said she moved to Colorado a couple of months ago to open a tearoom but had to put her small business dreams on hold when the pandemic hit.

She attended both Sunday’s and Friday’s reopen Colorado rallies and says this was her first time protesting.

“I’ve just never felt this passionate about something. I’ve never been in this situation where I felt like there is a dictator on top of me,” Gordon said. “People not only in Colorado, but all over the country and all over the world, are hurting and hurting badly because of this.”

She doesn’t believe the governor should have the power to choose which businesses are essential and said while the gradual reopening is a step forward, she believes there is a lot of bureaucracy for counties to have to deal with in reopening.

“We’re not pressing for everybody to open their business, we’re pressing for the freedom to open ours,” Gordon said. “We have flattened this curve into a pancake; we’ve given our four weeks. It’s time.”