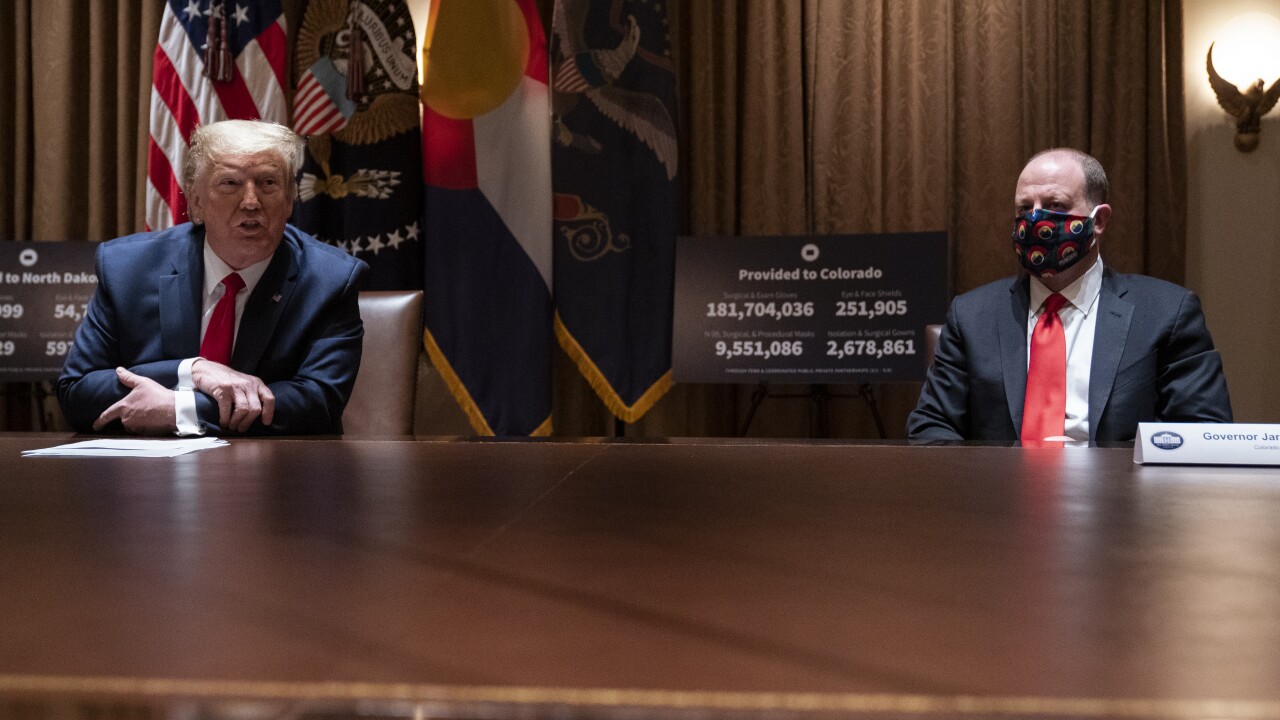 (Copyright 2020 The Associated Press. All rights reserved. This material may not be published, broadcast, rewritten or redistributed.)
Evan Vucci/AP
President Donald Trump speaks during a meeting with Colorado Gov. Jared Polis, right, on the coronavirus response, in the Cabinet Room of the White House, Wednesday, May 13, 2020, in Washington. (AP Photo/Evan Vucci) 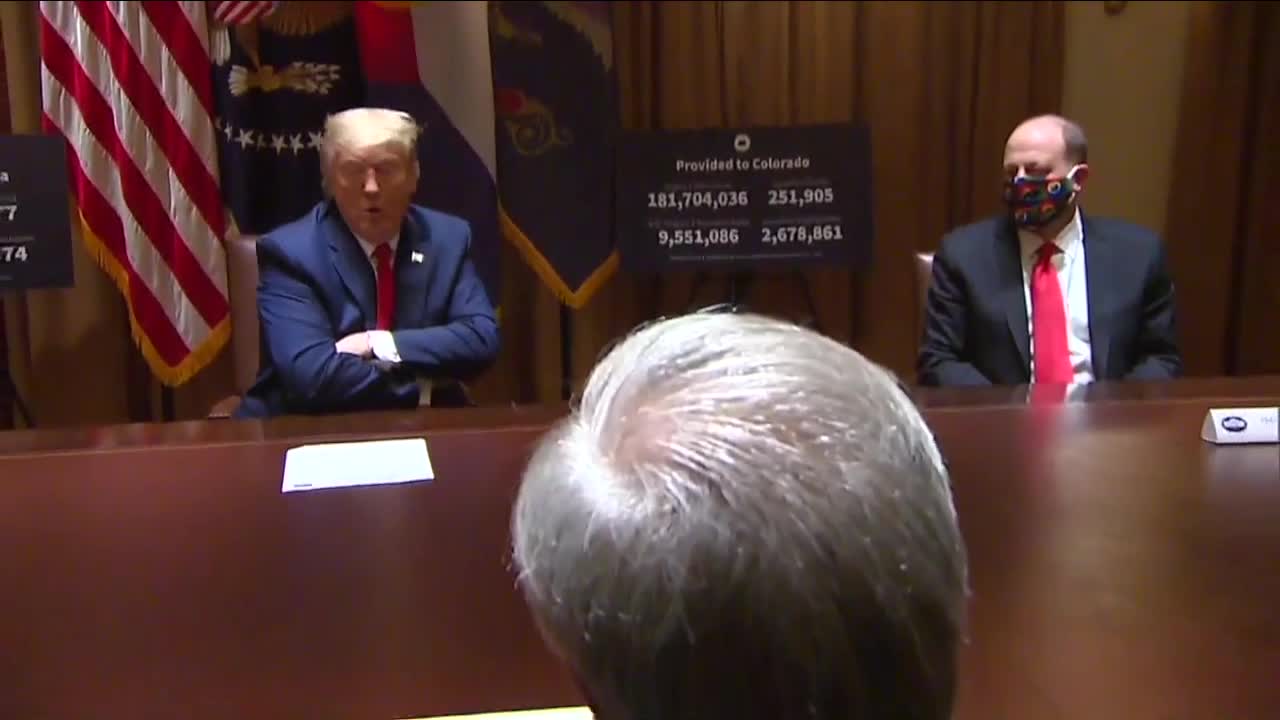 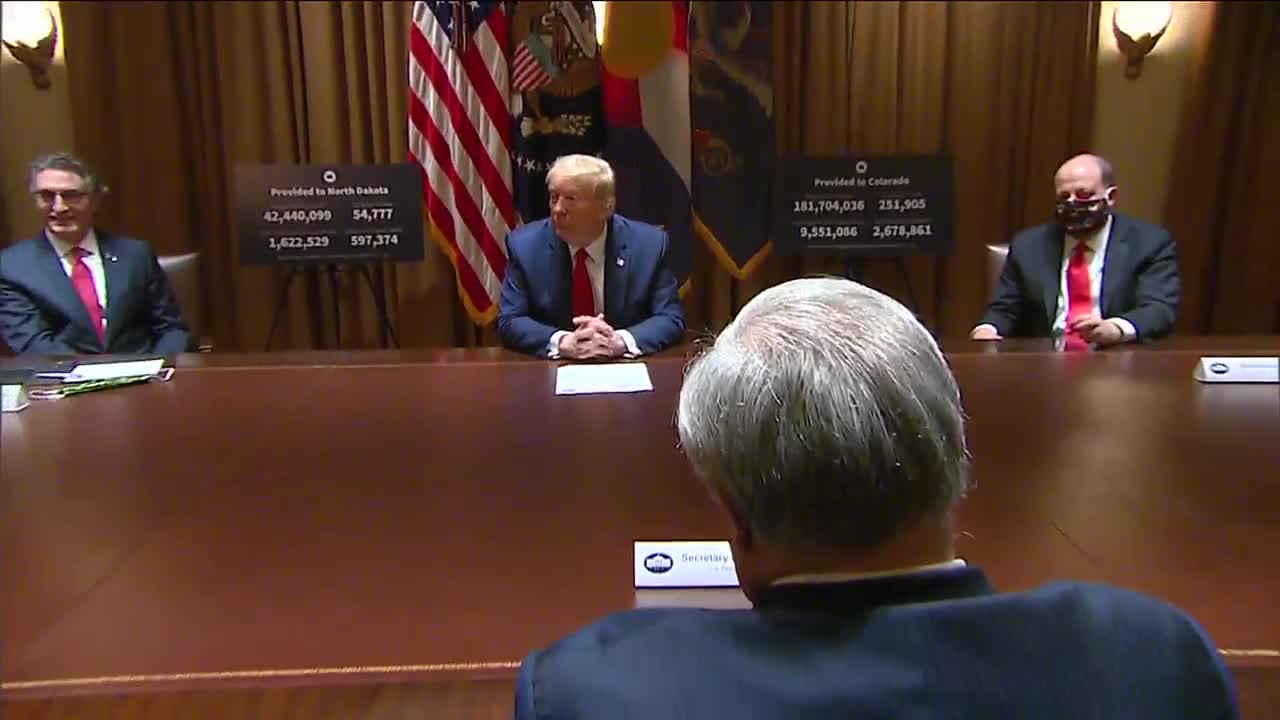 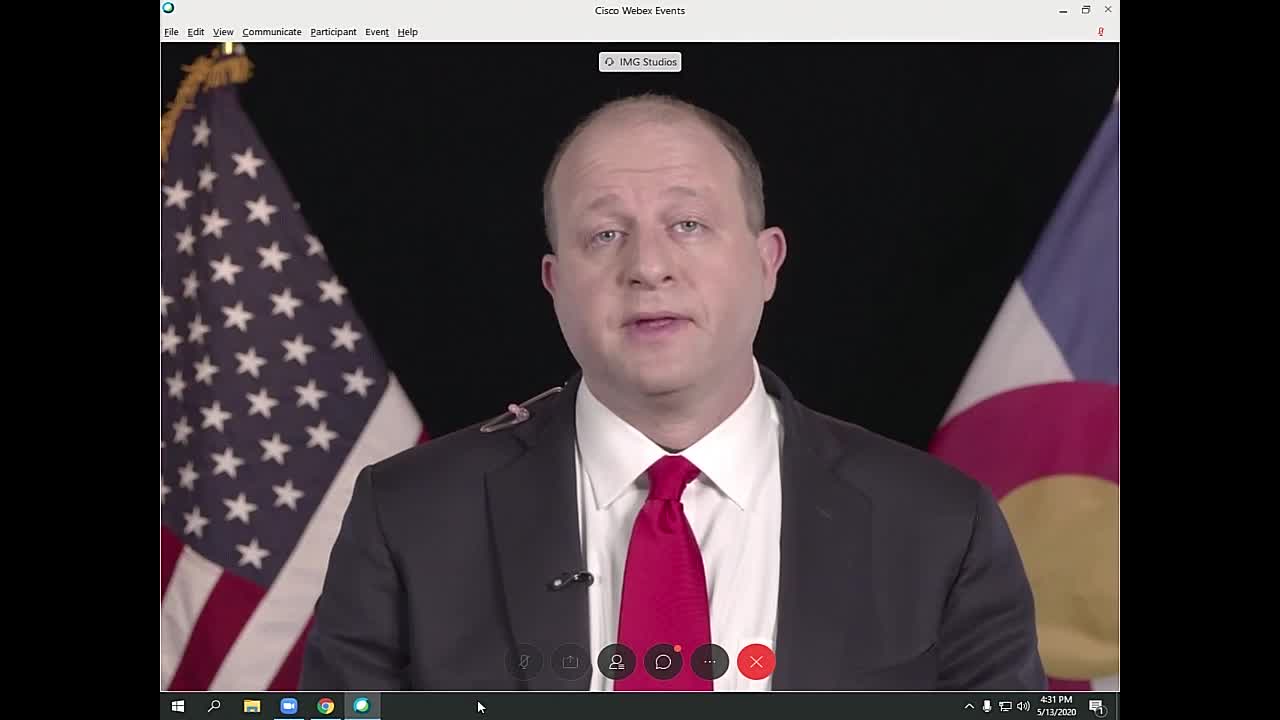 DENVER – Colorado Gov. Jared Polis met with President Donald Trump at the White House Wednesday to discuss the gradual reopening of the state and Colorado’s need for more testing supplies.

Trump praised the response to the outbreak by Polis, a Democrat, and North Dakota Gov. Doug Burgum, a Republican who was also invited to the meeting at the White House Wednesday, saying both were working very hard.

“You’re both doing an excellent job and it’s an honor to have you at the White House," the president said.

Colorado Department of Public Health and Environment Executive Director Jill Hunsaker Ryan accompanied Polis on the trip to Washington, D.C. She and Polis wore masks to the meeting, though officials from North Dakota and Dr. Deborah Birx, one of the coronavirus task force experts, were not, according to a pool report.

Polis said in a press briefing that followed the meeting that everyone who attended the meeting was tested for COVID-19 beforehand, so masks were not necessary during the meeting, and he took his off at one point, he said. He tested negative with a 20-minute quick test, he said.

Sen. Cory Gardner, R-Colo., and U.S. Interior Secretary David Bernhardt were among the other Colorado officials at the meeting. Bernhardt said Polis was doing a “fantastic” job and Gardner said Polis had “done a good job” after the governor praised his efforts in helping Colorado get hold of more testing supplies and ventilators.

Trump asked Polis about ski areas, to which Polis responded that he was hopeful people will be able to ski in June. He also told Trump that he was respecting various communities’ wishes when it comes to reopening for more tourism because “they have the most at stake economically and from a health perspective.”

Both he and Gardner told the president about the loosened restrictions in Mesa County, which had a variance request approved to allow dine-in eating in Grand Junction. Polis told Trump that having restaurants open for delivery and takeout was “OK” for some restaurants but hasn’t worked for others.

And the CDPHE’s Ryan thanked the administration and Gardner for additional testing products and explained the plan to contain the virus in Colorado and efforts to increase testing and contact tracing.

Polis said there was no way to turn down a meeting request from the president, which he said was “an opportunity to advance Colorado’s needs” despite his occasional small jabs at the federal response over the past couple months.

He said that his administration had received a firm commitment that the federal government had received 96,000 tests and would be sending them to Colorado in the next couple of days. Polis said that was a part of the 195,000 the state expects to receive through the end of June and would be crucial in helping the state reach its goal of testing 10,000 people a day next month.

Polis said that FEMA would also be sending a first round of tests to senior and nursing centers in Colorado – which have experienced the highest number of cases and deaths – on May 18 and that an additional shipment is expected toward the end of the month.

Polis said he pushed back on the notion that states were either fully open or fully closed, saying it was a false narrative because even states that are “open” aren’t fully open like they were before COVID-19 and states that still had stricter orders were not fully closed either.

Polis said he was hopeful the president listened to his “strong advisers” – he listed Birx and Dr. Anthony Fauci as examples. But he told reporters that despite differences between he and Trump on ideals and policies, it was “not a time to air our differences on unrelated policies.”

But he did tell Scripps National, Denver7’s parent company, in an interview following the meeting with Trump three times that Trump was “the president we have.”

But he said the federal government was an “important partner” in fighting COVID-19 and that the supplies for nursing homes and others were critical.

“I think a sound approach throughout this is not to pick political fights with anyone in particular, but rather a spirit of collaboration,” Polis said.