More than 6,000 cases reported in Colorado Friday — an all-time high 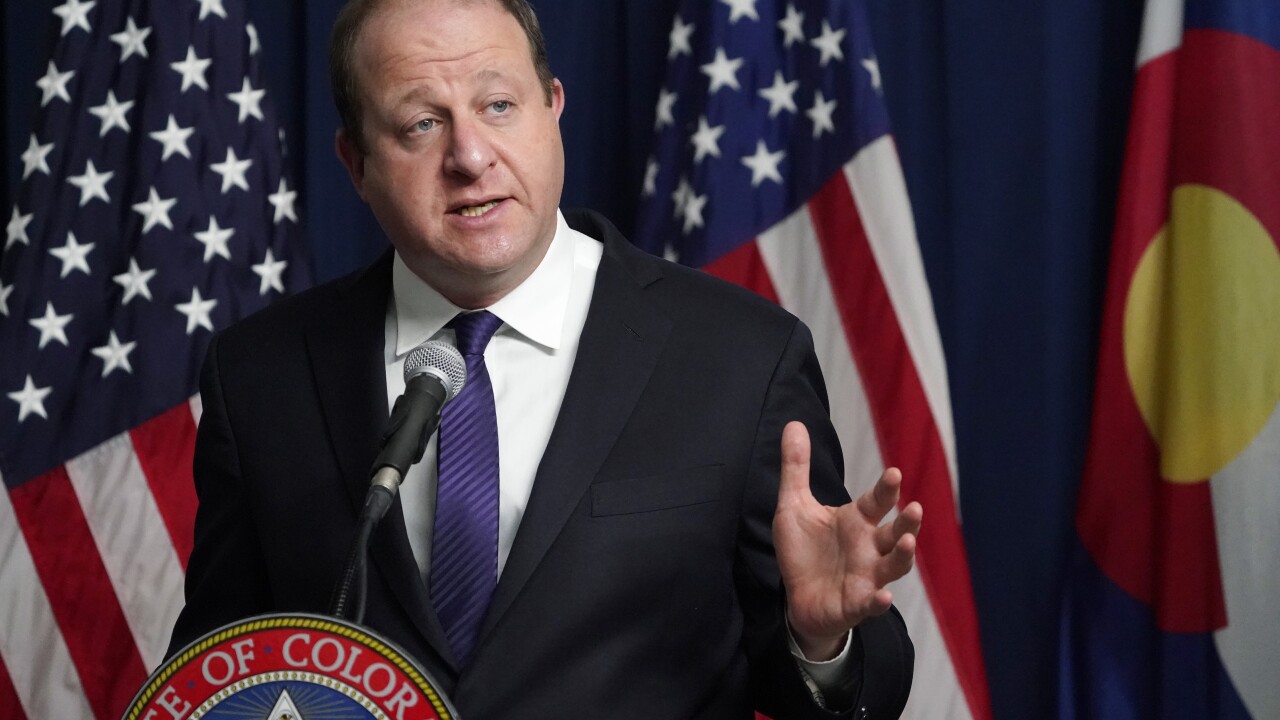 (Copyright 2020 The Associated Press. All rights reserved. This material may not be published, broadcast, rewritten or redistributed.)
David Zalubowski/AP
Colorado Governor Jared Polis speaks during a news conference about the state's rapid increase in cases of the new coronavirus Friday, Nov. 13, 2020, in Denver. Colorado officials are dealing with a steep increase in the number of COVID-19 cases in the past month. (AP Photo/David Zalubowski) 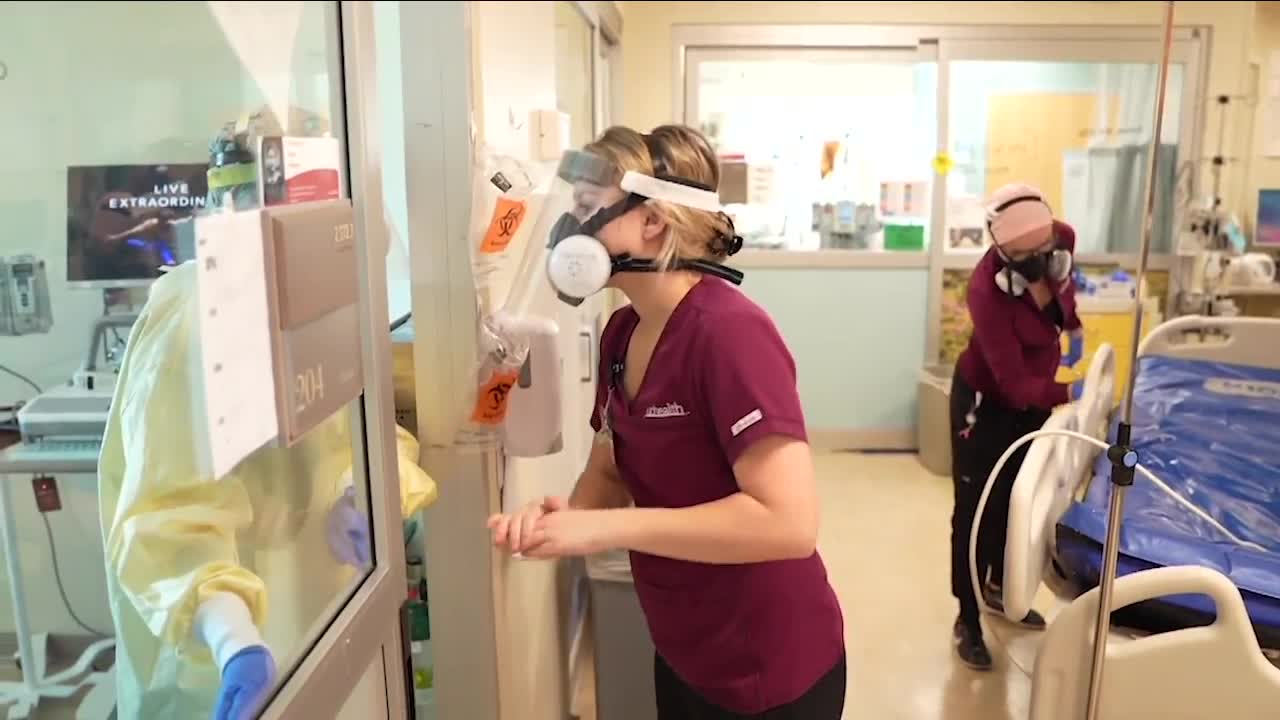 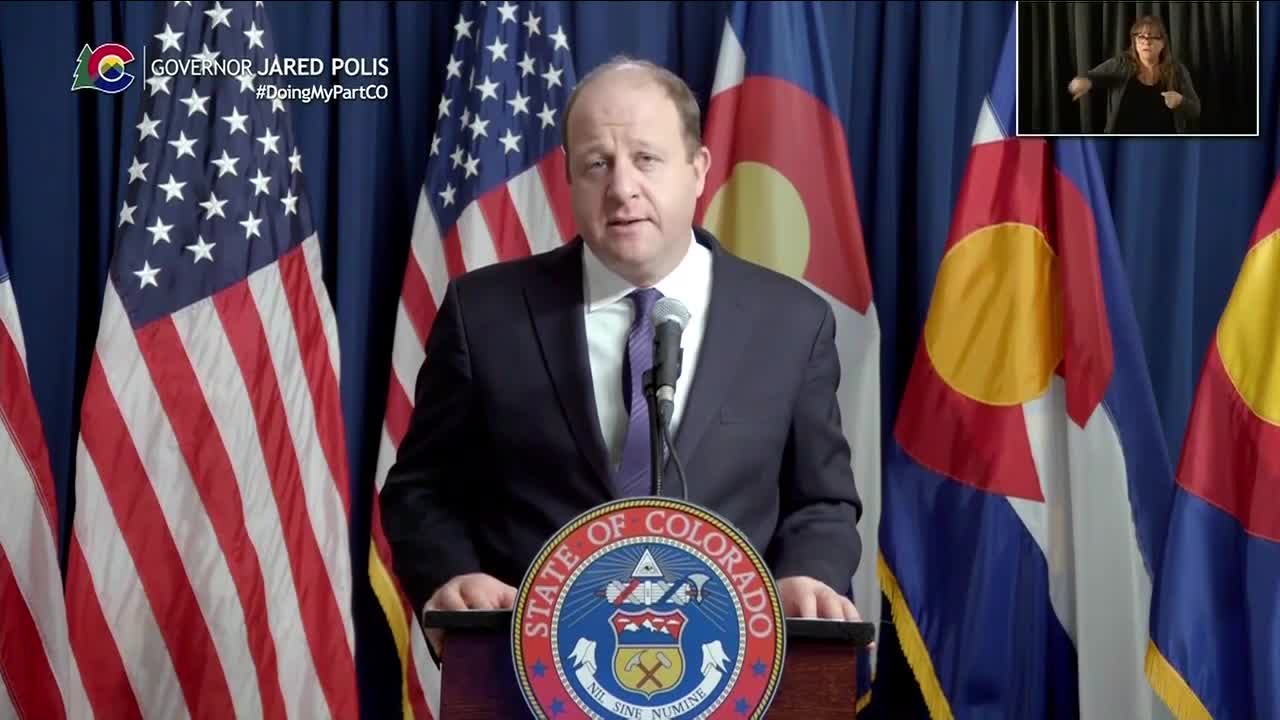 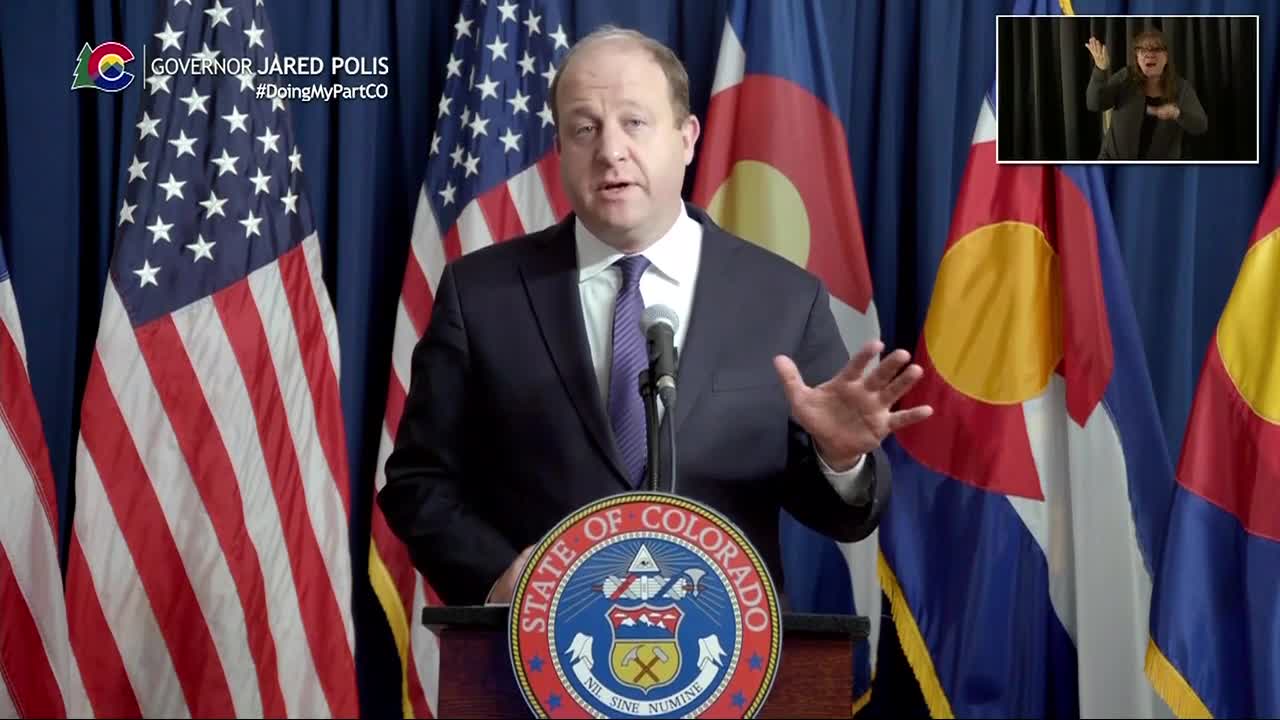 DENVER – Colorado Gov. Jared Polis will issue a new executive order outlining steps hospitals will need to take to ready themselves for a surge in COVID-19 hospitalizations and directing the hospitals to finalize plans for converting beds into ICU beds, adding staffing and scaling back on or eliminating elective procedures.

The new order, which Polis discussed at a news conference Friday afternoon but has yet to be issued as of publication, will direct all hospitals in the state to submit plans to the state next week – with a Nov. 18 deadline for hospitals to submit plans on the maximum surge count and a Nov. 20 deadline for the complete plan to surge their capacities, the governor said.

The hospitals will have to have a plan to increase their bed capacities by 50% — something Polis said many hospitals had already been working on — how they can transition medical and surgical beds into ICU beds; how to treat patients without COVID-19 who need ICU beds; submit plans for how to surge staffing; report the maximum number of non-ICU and ICU beds to the state on a rolling basis; and have a plan on how they will manage, reduce, delay or put a moratorium on elective surgeries, Polis said.

Polis said he had also ordered the state Emergency Operations Center back to Level 1 status – the highest response level – to coordinate the state’s coronavirus response with local and federal agencies.

The moves at the state level comes as Colorado again sees its highest daily number of COVID-19 positive tests – 6,439 cases will be reported Friday accounting for Thursday’s data, Polis said – and 1,159 people hospitalized with confirmed coronavirus cases in the state.

“These are our darkest days as a state,” Polis said of the latest numbers.

The governor said about 1 in 110 people in Colorado are estimated to currently have the coronavirus, and said those rates are even higher in Adams (1 in 58) and Denver (1 in 64) counties.

The Colorado Hospital Association announced Friday that hospitals and health systems in the state had activated Tier 1 of the Combined Hospital Transfer Center to better help transfer patients between facilities amid the sharp spike in COVID-19 cases and hospitalizations here.

“As COVID-19 hospitalizations reach new levels that we had hoped we wouldn’t see, space and staff are our current concerns that we must address immediately,” said Darlene Tad-y, MD, the Hospital Association’s president of clinical affairs. “The CHTC will help us level load to efficiently use all the resources available in our hospitals throughout the state to provide lifesaving care for Coloradans who need it.”

Polis said that the executive order would streamline communication and data exchanges between hospitals, health care providers and the state should hospitalizations continue to increase. He said the order would contain an “order of operations” that health care providers can follow to determine when next steps would need to be taken. He said he had already activated medical work force staffing contracts to help with the staffing surge.

Hospitals will first have to increase their internal capacity and open up unused spaces for more, and work to up staffing levels in the event of a continued surge in patients. The next step would be scaling back elective procedures, and Polis said that a statewide moratorium on them – like was in effect in March and April – was not off the table.

If the hospitalization surge continues after the initial steps to increase capacity and staffing, Polis said, the Hospital Transfer Center would see more work transferring patients where there is room.

And the final step – in lieu of a plateauing of cases and hospitalizations in Colorado – would be to utilize the three alternative care sites at St. Mary’s-Corwin Medical Center in Pueblo, St. Anthony’s in Westminster and the Colorado Convention Center in Denver, Polis said.

He said those alternative care sites, which would serve patients who do not need ICU beds, would be able to be operational immediately with a few dozen beds but could increase their bed capacities to the thousands in a month’s time.

But he reiterated that using the alternative care sites would be a “last resort” if the other steps taken in recent weeks and in the announced new order do not do enough to curb the spread of the virus, though he also said that looking at the U.S. and Colorado coronavirus trends, “there is a high likelihood” that they could have to be used.

Elizabeth Carlton, a professor of public health at CU Anschutz, told Denver7 Friday that she expects to see continued growth of hospitalizations over the next few weeks.

“Even if everybody were to just bubble up and stay home right this instant, hospitalizations would probably keep rising for a couple of weeks because there are infections already baked into the system,” she said.

She said at the current trajectory, Colorado could certainly risk overwhelming the number of ICU beds in the state if people do not start limiting their interactions during the exponential growth period.

“To be totally honest with people, I think we’re playing on this team for a while to come,” Carlton said. “But the sooner we can all get on the same team and work together to control the virus, the sooner we can get out of this problem.”

Ryan Thornton, the Chief Nursing Executive for HealthONE, echoed similar sentiments about growth in the next few weeks but said he was optimistic – if Coloradans do their part.

“Right now, our hospital systems in HealthONE are sitting right at that near-full level, but not at full yet,” he said. “We have lots of plans to be able to surge internally our hospitals, and also surge among the health systems and how we’re coordinating that both in the urban centers and in the rural centers.”

He said the HealthONE models currently predict they will be able to handle the capacity, staffing and equipment for the surge and that the spring surged had taught “some lessons” being applied in health care systems now. But he, as other medical professionals have, stressed that human behavior would be the key.

“Again, the big factor that’s out there is how well people will do at social distancing,” Thornton said.

At the news conference, Polis continued to push personal responsibility by Coloradans as being the key to turning the tide despite current trends growing at the fastest rates yet this year after months of talks about proper mask wearing, physical distancing, and gathering in small groups.

He said that people who want to try to have a traditional Thanksgiving with extended family members or friends should begin quarantines today if they want to safely do so. And he urged Coloradans, again, not to gather with people outside of their households.

“The more family members that make that decision to self-quarantine, the more likely it is that you’re not bringing a loaded pistol for grandma’s head,” Polis said.

Polis said he was “optimistic” that Colorado would turn its numbers around and again shied away from another statewide stay-at-home order, saying that it was “a very blunt tool” used in the early days of the pandemic when treatments weren’t available or enhanced and when there was no personal protective equipment and hospital staffing shortages.

But even as many counties – especially in the metro area – are currently in Safer at Home Level Orange and on the verge of moving to the stay-at-home level on the state’s dial system, Polis said the personal responsibility of stopping the virus still lies with Coloradans and their actions.

“The virus is more serious now than it’s ever been across the country,” Polis said. “If you take one thing away from today’s news conference, it’s that we should reduce or be stopping interactions with people outside of the household for this month.”