Governor says mountain, western communities not yet ready for visitors 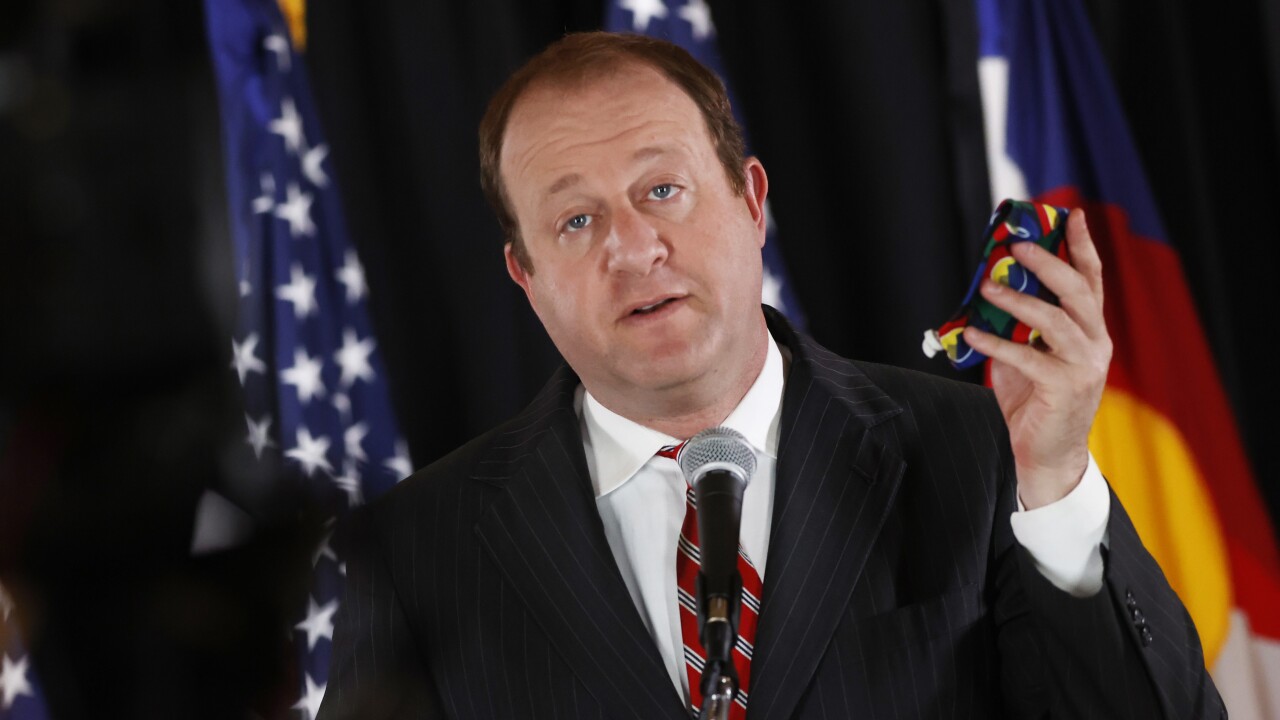 (Copyright 2020 The Associated Press. All rights reserved. This material may not be published, broadcast, rewritten or redistributed.)
David Zalubowski/AP
Colorado Governor Jared Polis holds up a face mask to make a point during a news conference to update reporters on the state's efforts to stem the rise of the new coronavirus Wednesday, May 6, 2020, in Denver. (AP Photo/David Zalubowski) 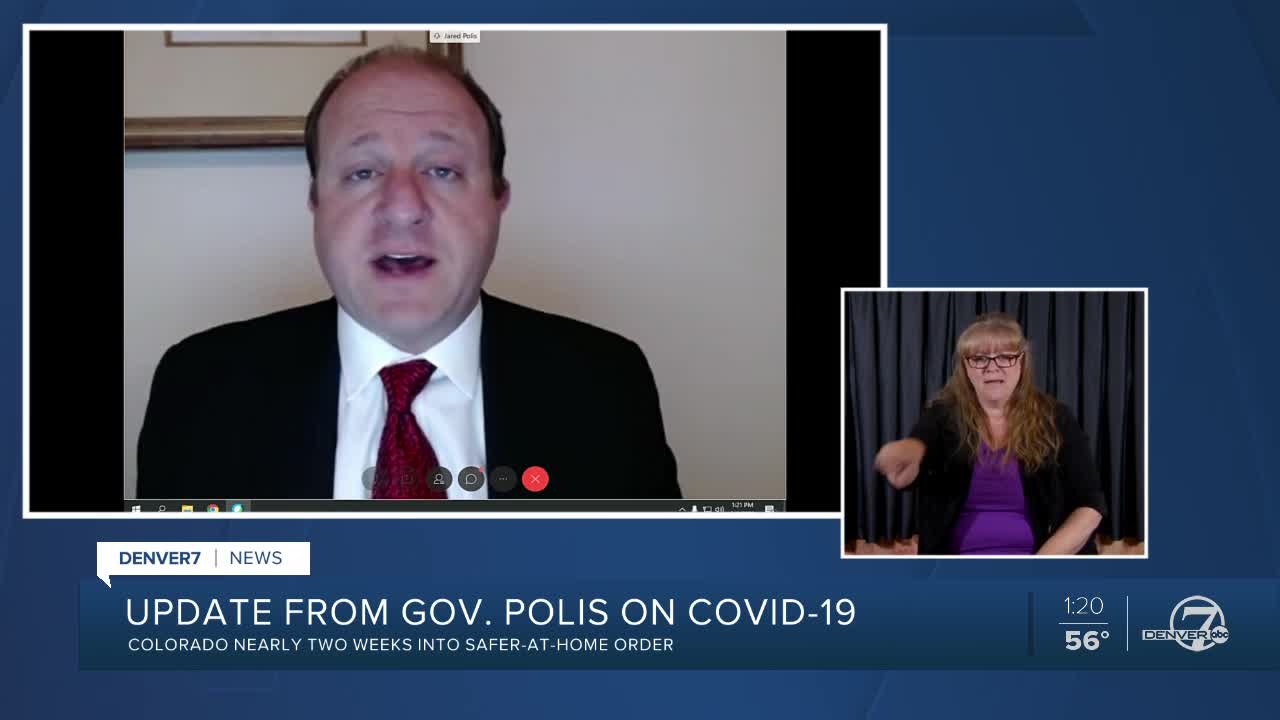 DENVER – Colorado Gov. Jared Polis said Friday he is hopeful that restaurants, bars and campsites can open this month but that the data that presents itself in the fourth week of May – which will show how the “safer at home” phase has affected COVID-19 spread in the state – would be the guiding factor on when and how they open.

The remaining counties that had been under extended stay-at-home orders, including most of the Denver metro area, will move to the “safer at home” phase starting Saturday.

Polis said he was “excited” the rest of the state was ready to move to the next phase and to get back to work in a limited fashion. But he emphasized that people need to be responsible and reiterated a common line of his during the COVID-19 outbreak: “This is not a free-for-all.”

He encouraged people statewide to wear masks inside stores and when they cannot keep at least 6 feet of physical distance between themselves and other people even if their counties or cities do not have local mask requirements.

“If wearing a mask is the price we have to pay for being able to have larger gatherings, return to churches, go skiing, go out to restaurants, I think that’s a price we’d more than willingly pay,” Polis said. “We miss everything that we love in Colorado.”

Along with wearing masks and keeping up social and physical distancing, Polis also reminded people to recreate within 10 miles of their home – saying the high country was not yet ready for visitors from the Front Range or elsewhere.

Many Coloradans are antsy to get to the mountains to hike and camp, though Colorado Parks and Wildlife earlier this week said campsites would remain closed until further notice because of COVID-19.

Polis said he was “very optimistic” that camping would open back up soon but said he wanted to “be respectful” of the counties that host most camping visitors to be sure they are ready for said visitors.

He said he had a call with several rural and Western Slope counties Friday who told him there was an “overwhelming consensus” they did not feel ready to accept outside visitors yet.

He said mobility data from the Colorado Department of Transportation and other metrics being tracked by Google had not shown any alarms and that the state was still hitting its benchmarks. But he said that the early indicator was only part of the data that state officials are looking at, including testing and diagnoses, hospitalizations and deaths.

He said that officials would be watching closely how data trends change once Denver and the other heavily-populated metro-area counties move to the safer at home phase and that they should have a good idea of what next steps to take around further relaxing orders or re-strengthening them around May 22 or 23, once the data lag can catch up with the moves to safer at home. The main benchmark will still be whether or not the state’s hospital and health care systems have the potential to be overloaded, the governor said.

Polis said that he hoped restaurants and bars could open to in-person dining before June 14. He said that the week of May 23 should give officials guidance on whether it would be safe and that restaurants would then need about a week to prepare to open safely.

“We would love to be able to be in a health situation that would allow them to open before Memorial Day weekend. But that will all be decided based on data we don’t have yet,” he said. “We don’t have a crystal ball. And we’ll see where that data emerges. I certainly hope it’s prior to June 15.”

The governor reiterated that he expects schools to resume in-person learning in the fall but said that might look different depending on the district and school. He said the state Department of Education was working on guidance to provide to districts to make the move back safely.

And as variance requests from counties continue to pour in, Polis said that the administration had received the request from El Paso County to allow in-person graduations that could look like the one that happened at the Air Force Academy last month. He said the state and county health departments were working together to try to get the request granted.

With the seventh confirmed death at the JBS meatpacking plant in Greeley this week, the governor said his team had gone through the president’s executive order on meatpacking facilities and found that the state and county health department still had authority to keep workers at the plant safe and to close the plant again if necessary.

Polis reiterated that while the state will be in the “safer at home” phase starting Saturday, vulnerable populations should still act like they are under the stay-at-home order and only to leave their homes if absolutely necessary, along with following the mask and distancing rules.

“We are going to be in this for the long haul, and wearing masks is an easy step for all of us to take,” he said.