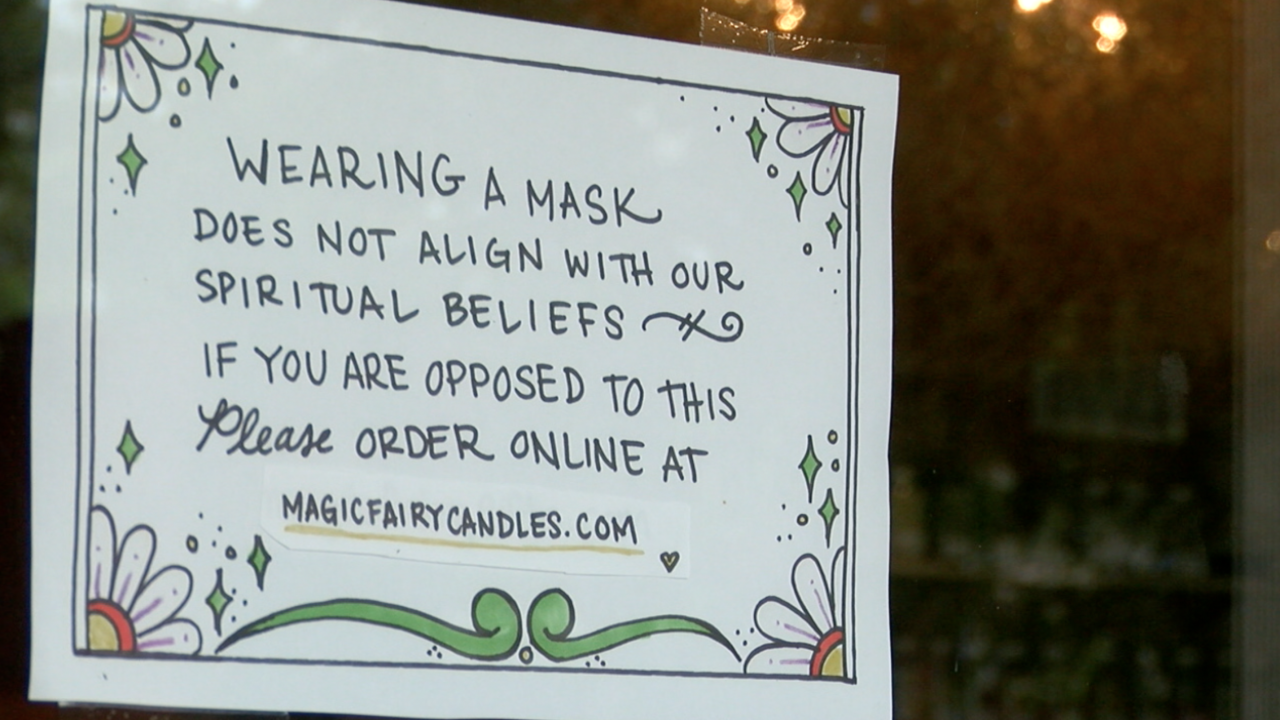 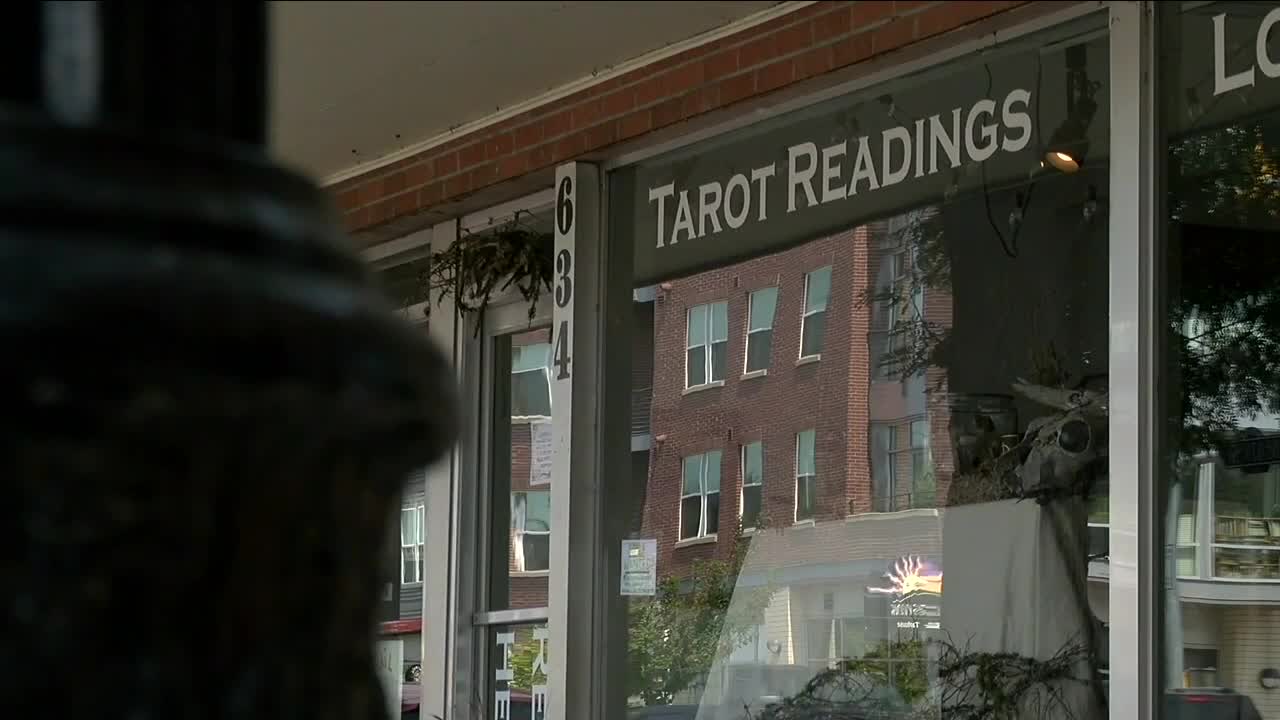 LONGMONT, Colo. -- In the heart of Main Street in downtown Longmont, you’ll find Magic Fairy Candles. And while businesses around it have signs posted asking patrons to obey the state's mask order, theirs is a little different.

It reads, “Wearing a mask does not align with our spiritual beliefs. If you are opposed to this please order online at magicfairycandles.com.”

Co-owner of Dance Dimensions, Jonathan Leise, owns the dance studio two doors down. He thinks the owner of Magic Fairy Candles really does stand by her message.

"She is very much a free spirit. I believe it’s what she believes. I don’t think she’s trying to make a political statement, she’s not trying to get into people’s faces, she’s just saying, 'this is how I feel and I have to be consistent with my beliefs,'" said Leise.

The problem, if you ask Boulder County Public Health, is those beliefs are putting others at risk.

"I haven’t heard of other issues where that is a reason, but our concern really is around protecting the community," said Consumer Protection Coordinator for Boulder County Public Health Lane Drager.

According to an affidavit, Boulder County Public Health received three separate reports that employees and customers were not wearing masks and maintaining proper social distance. After repeated attempts to get the store to comply, health officials filed a complaint.

That was followed by the Boulder County Attorney’s Office, also filing a complaint, asking the court to allow the health department to inspect the store during business hours and temporarily close the store if it does not comply.