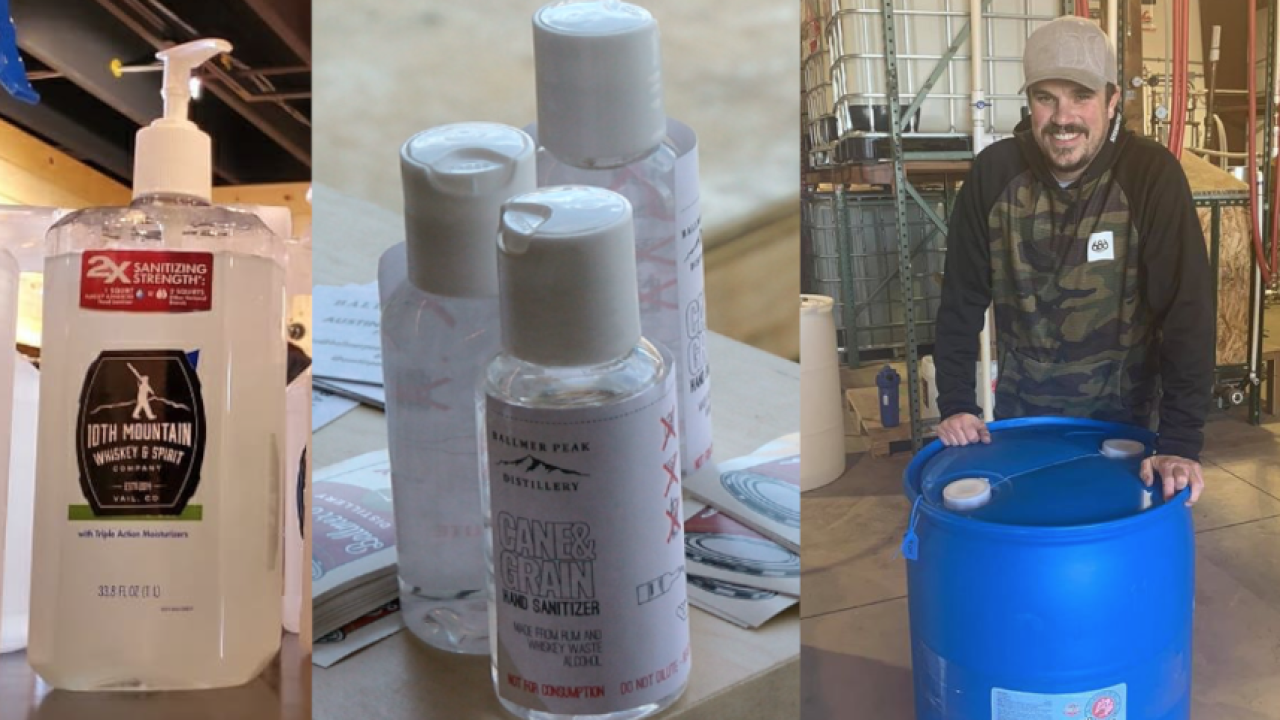 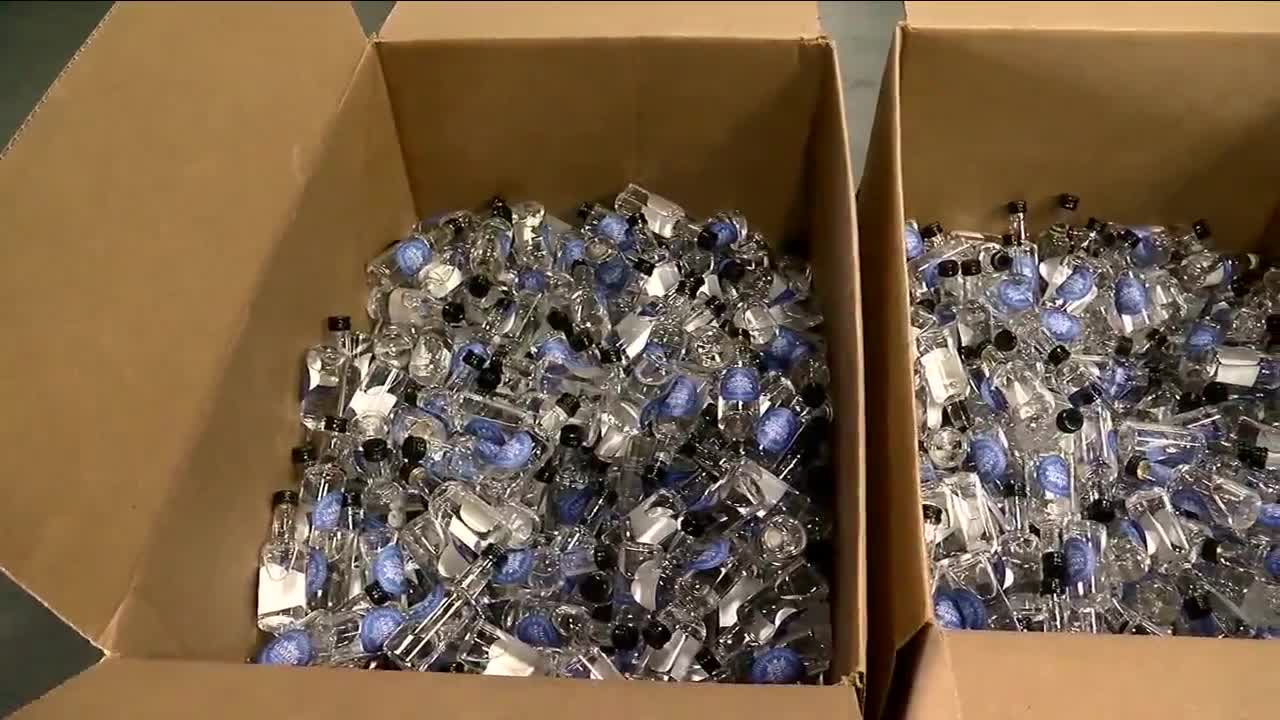 LAKEWOOD, Colo. — Inside Ballmer Peak Distillery in Lakewood, the impact of the coronavirus is being felt, but it hasn’t shut them down. Instead, the distillery has shifted its focus from making spirits to making sanitizer.

The location has only been open for a few months, but they’re already making an impact on the community. When Adamson and his business partner saw store shelves empty, they saw an opportunity to help.

“Our system is designed to make ethanol; all of our spirits are ethanol. We are just making it stronger and adding components following the World Health Organization’s guidelines,” he explained.

The distillery shifted its entire production from whiskey, rum, and gin to 160 proof hand sanitizer (80% alcohol plus glycerin and hydrogen peroxide).

“Probably doesn’t taste good, but it’ll kill anything on your hands,” Adamson said.

Ballmer Peak is now giving away four-ounce samples of its sanitizer to the general public, from 12 pm-5:30 pm daily, for free. They are running short on bottles and ask each person to bring their own, preferably a spray bottle since their sanitizer is a relatively thin liquid. Larger batches of sanitizer will be given to first responders and healthcare providers as well.

Other distilleries have also jumped on board to make sanitizer, including Spring 44 in Loveland.

“Given the shortages that exist in the supply chain and our ability to do that, we thought it was important that we did,” CEO Jeff Lindauer told Denver7.

“A number of those (bottles) have gone out the door. Today more are going out the door to our first responders. Going forward, we are going to actually be producing in bulk so they can fill their own bottles going forward,” Lindauer said.

Several other distilleries have also made the move to making hand sanitizer, including Mystic Mountain in Larkspur and Tenth Mountain in Vail.