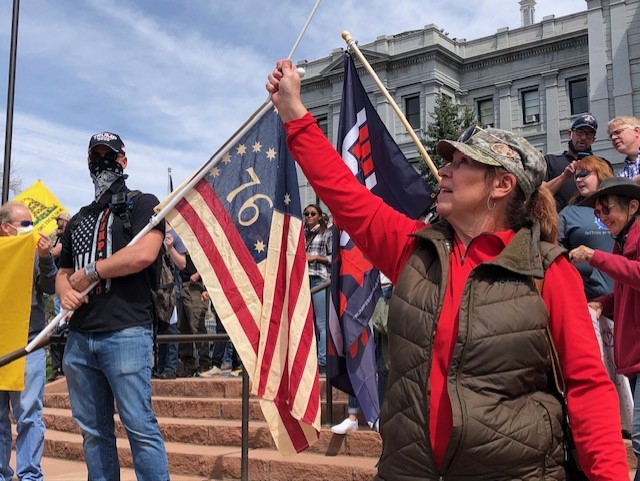 Hundreds gathered at the steps of the State Capitol Sunday to protest Colorado’s COVID-19 stay-at-home order, which protesters argue is an overreach of the state’s authority. 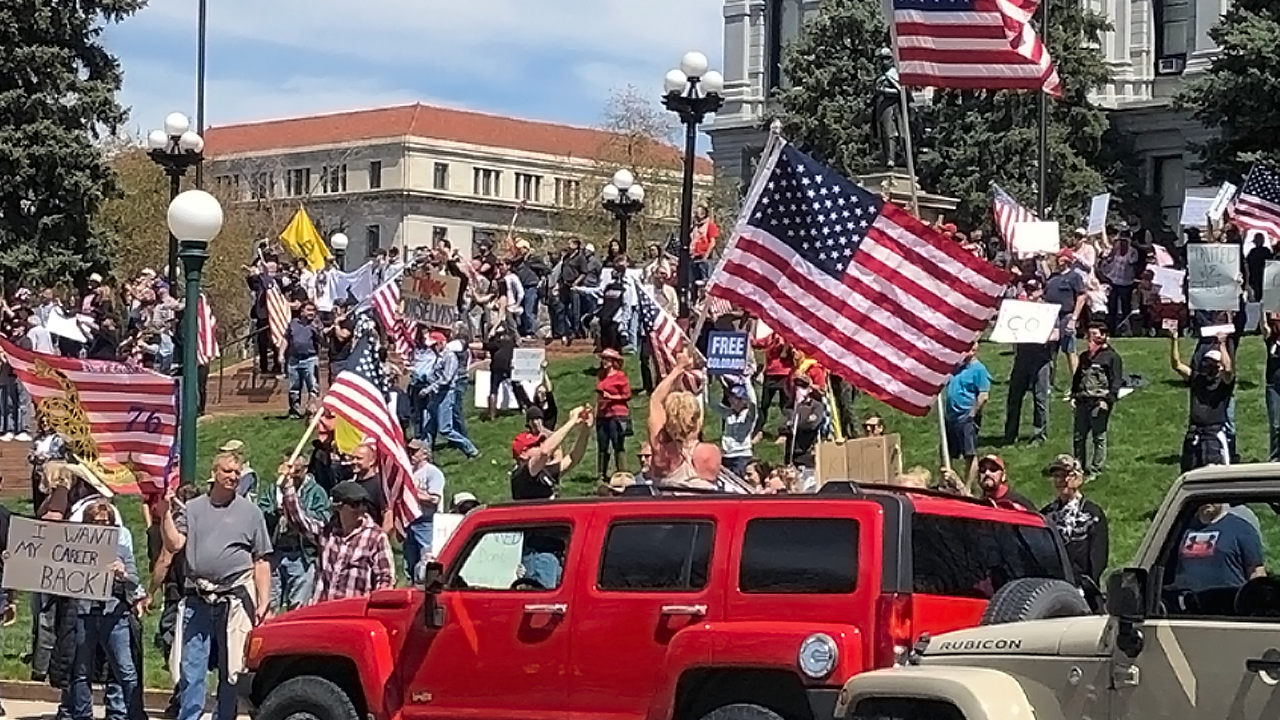 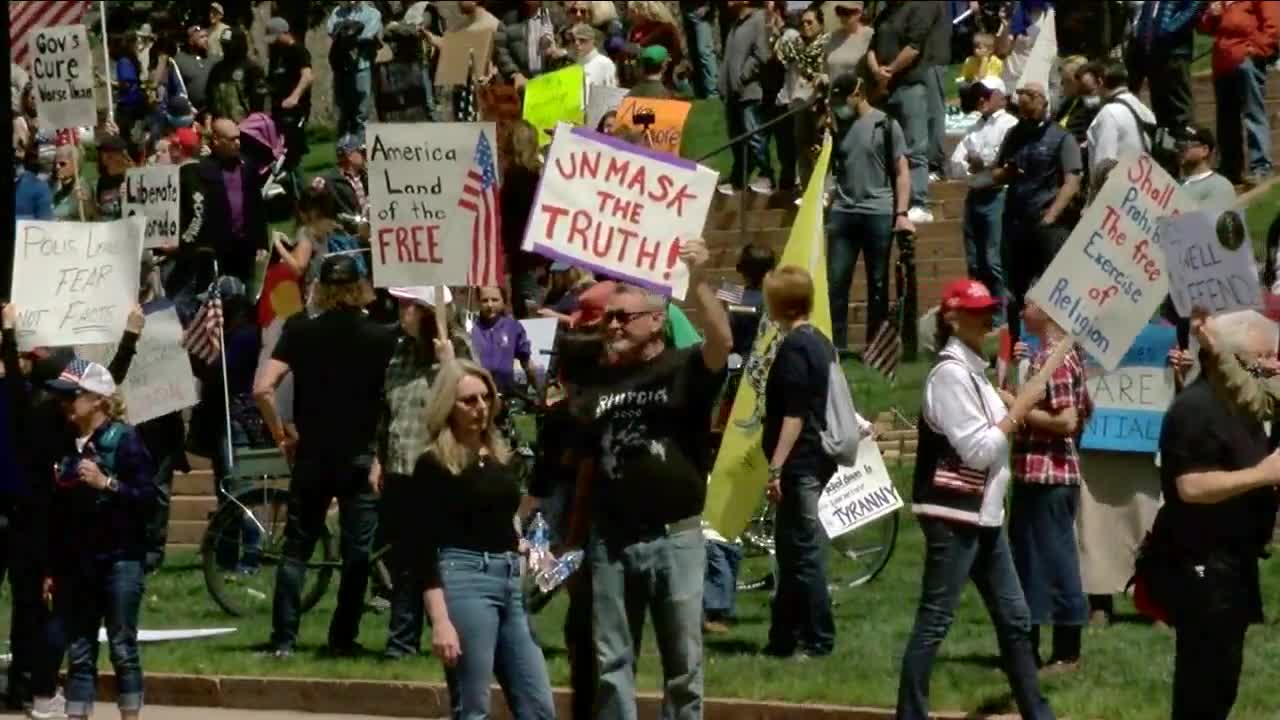 DENVER — Hundreds gathered at the steps of the State Capitol Sunday to protest Colorado’s COVID-19 stay-at-home order, which protesters argue is an overreach of the state’s authority.

Waving flags and protest signs, the groups spread out across the capitol’s lawn facing Lincoln Avenue. Some were seen standing shoulder-to-shoulder on the sidewalk adjacent to Lincoln. Some of those gathered were wearing masks; others were not. Protesters were holding signs, some reading: "Liberate Colorado," "I want my career back," and "Open Colorado."

Among the protesters was former State Representative Marsha Looper.

"This State has been shut down long enough," she said. "There are families hurting, there are businesses hurting. We can't pay our bills, and the statistics don't support a shut down anymore, so we're here to ask the Governor to reopen the State of Colorado for us."

Many of the protesters were a tad angry.

"This is a great outcry from the people to show that we're tired of the sh*t that government is putting us through," one of them said. "We're a borderline tyranny."

"I'd like to see the constitution be restored and let us all go back to work, and enjoy our restaurants," another one said. "If you're not comfortable with that, then you can make the choice to stay home. There's nothing wrong with that."

The event was organized by various groups, including Libertarian parties around the metro area and ReOpen Colorado, which claims to have started as a Facebook group of concerned citizens.

ReOpen Colorado says the shutdown order to contain the virus is harming the economy and creating “consequences that are worse than the virus.” The group is calling for the governor to reopen the state and shift to a targeted quarantine, where the elderly immunocompromised populations will be forced to stay at home.

The group also wants universal mask adoption, temperature readings, and more testing — efforts the state is actually taking or attempting to implement as the April 26 date to lift the stay-at-home order approaches.

“Coloradans have a first amendment right to protest and to free speech, and the Governor hopes that they are using social distancing and staying safe. No one wants to reopen Colorado businesses and lift these restrictions more than the Governor, but in order to do that, Coloradans have to stay home as much as possible during this critical period, wear masks and wash their hands regularly to slow the spread of this deadly virus.”

The Colorado State Patrol said three people were detained but no arrests were made.

Denver PD said the protest was loud, but peaceful.

Sunday’s protest at the State Capitol comes as several others demonstrate around the country demanding similar measures.