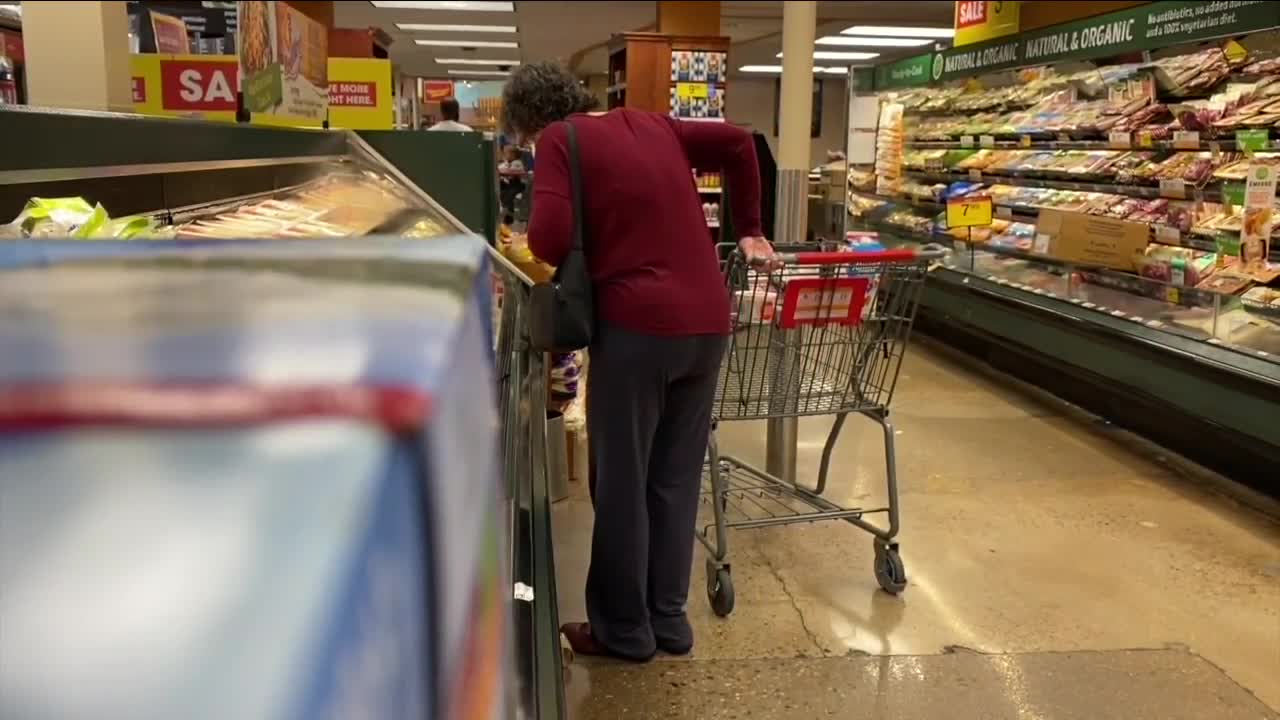 DENVER -- Thanksgiving is around the corner and with that comes larger crowds of people expected to shop at grocery stores. Employees at some chains say they are worried about their health and safety.

"Everybody is pretty fed up," said Supervisor at King Soopers, Felicity Evitt.

For Felicity Evitt, who works at the King Soopers in Capitol Hill where two employees died from COVID-19, she says morale among workers is low.

"I was friends with James McKay, I knew Randy and it’s hard to lose those people and have to come here everyday and get people above us not care," said Evitt.

After two years of working as a supervisor, she says her hands are tied with being able to implement certain rules we had gotten used to seeing, like lines outside grocery stores to limit capacity and employees sanitizing carts regularly.

"I think the safety of your employees should come first," said Evitt, who described unfortunate incidents with customers.

"We have a customer who comes here almost every single night. In the beginning of the pandemic, he did not want to wear a mask. He coughed on one of the employees and within a week, the employee had tested positive for COVID," said Evitt.

She says she was also coughed on. After reporting it to upper management, she says nothing was done and that customer is still allowed in.

For the UFCW Local 7, the union representing many of the workers, the rise in cases among employees could be reversed if strict guidelines were reinstated as well as hazard pay.

"That direction will change when there’s more safety protocols in place by constant cleaning, by having the number of shoppers limited within the facilities, to require the mandatory masks," said Evitt.

King Soopers/Kroeger says it is taking precautions by disinfecting the store, providing gloves and face coverings every shift, installing plastic partitions, and limiting store capacity to 50% through in-store technology.

For Safeway/Albertsons, they say they’re taking similar steps. They also say in part, “The health and safety of our associates and customers has been a priority throughout the pandemic. We have taken many steps over the past few months and implemented sanitation and cleaning protocol following CDC guidelines. Colorado has seen a significant increase in positive COVID cases and we have also seen an increase in associates testing positive."

As of today, there’s also at least 115 active positive cases among employees between both companies.

Still, both companies say the safety of their customers and employees are their highest priority.