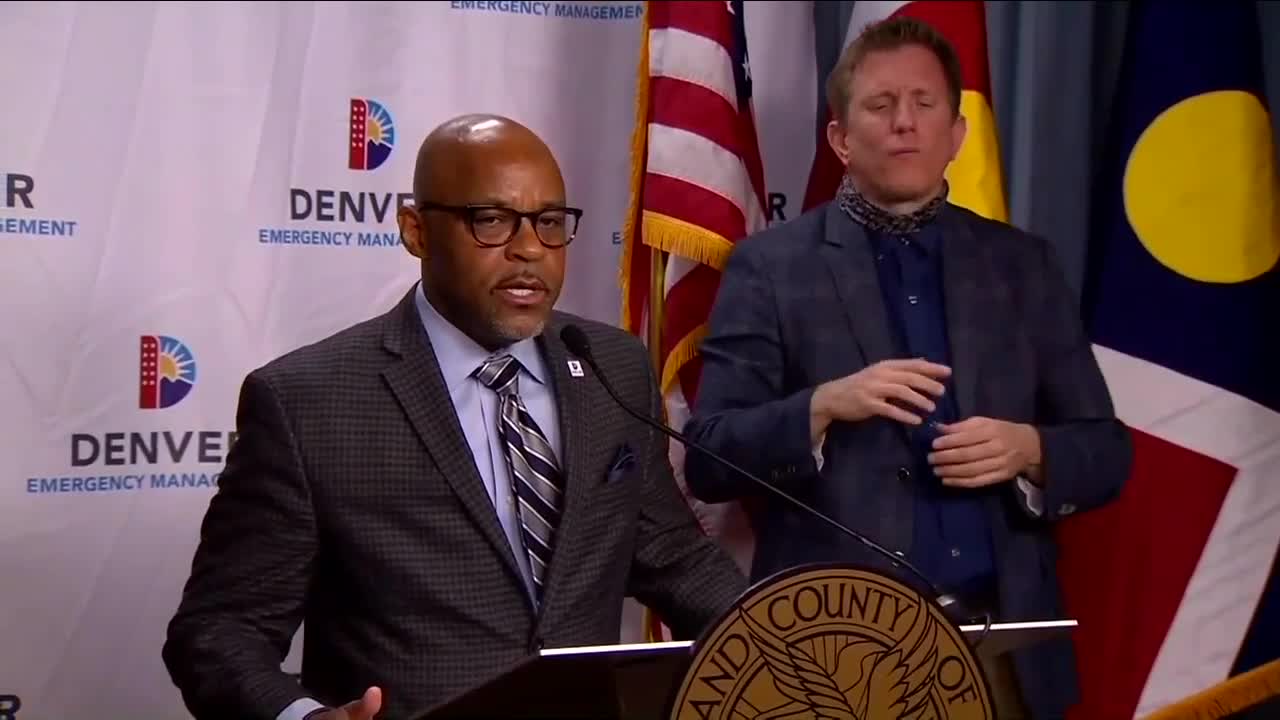 As the City of Denver looks to loosen some restrictions regarding slowing the spread of the novel coronavirus, the mayor is warning that this phase will be gradual with many protective measures in place. 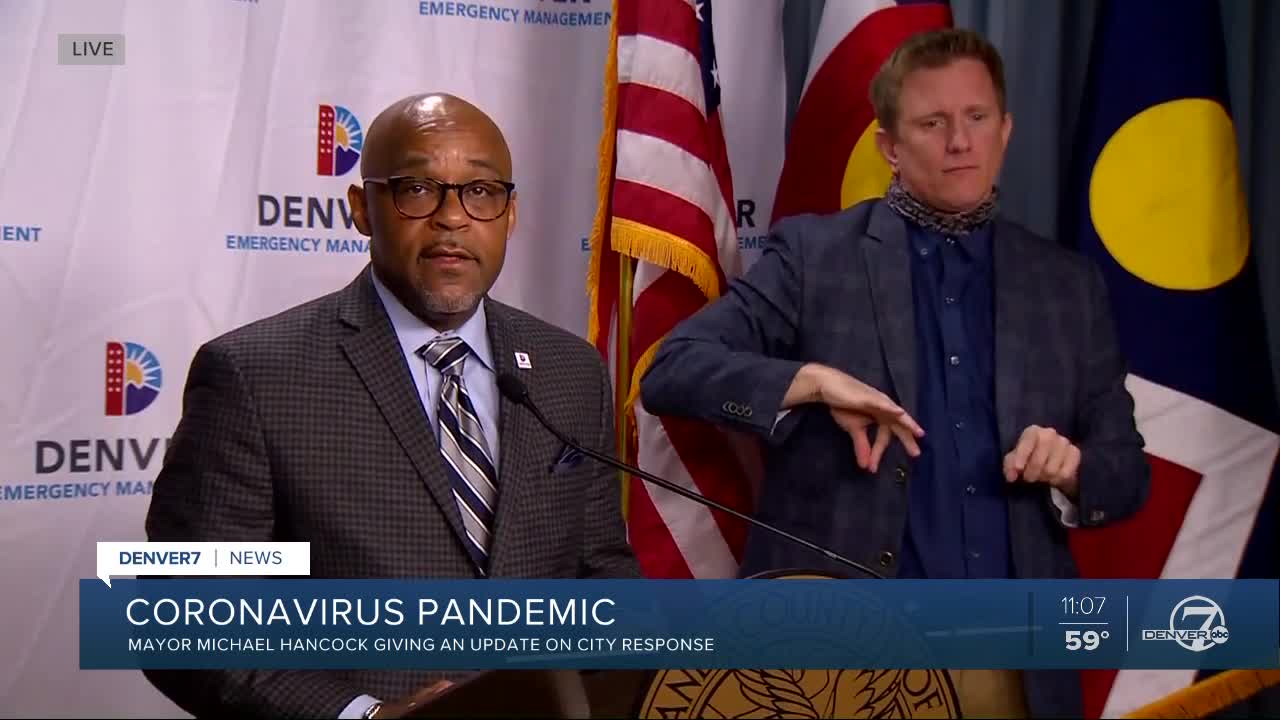 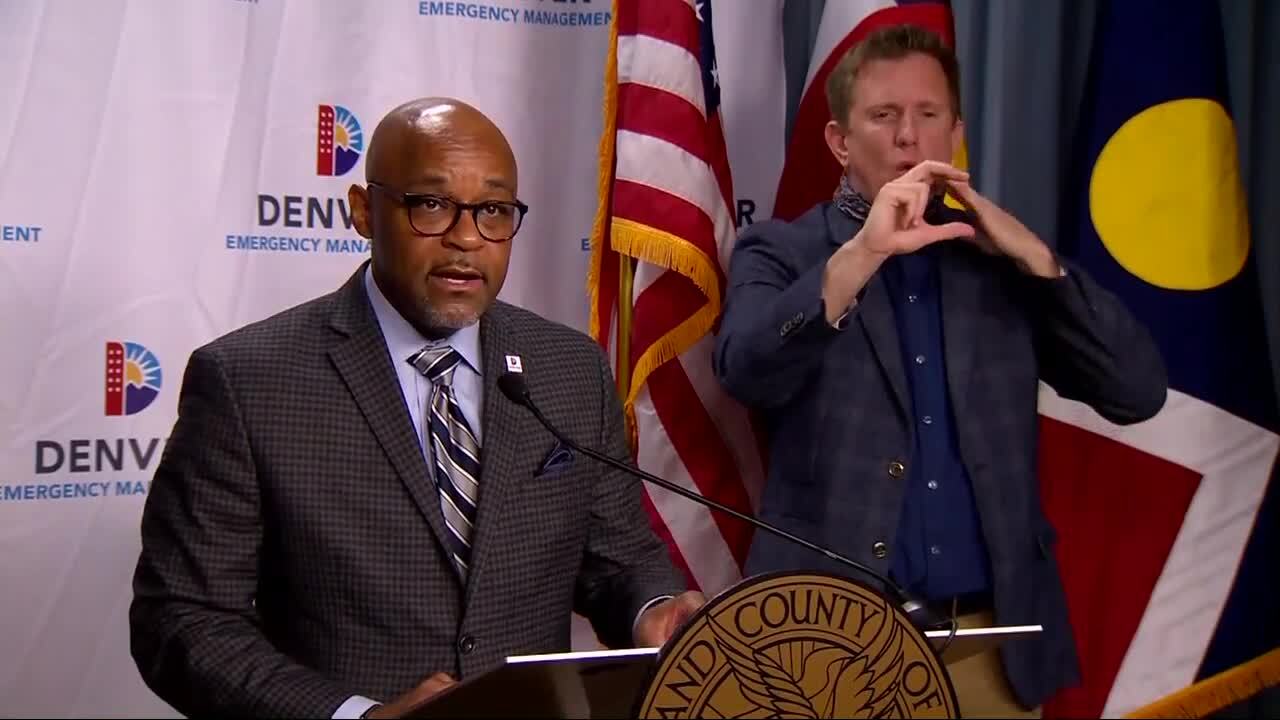 DENVER — As the City of Denver looks to loosen some restrictions regarding slowing the spread of the novel coronavirus, Mayor Michael B. Hancock warned that this phase will be gradual with many protective measures in place.

“This will be a different summer for those of us here in Denver, Colorado,” he said during a press conference Monday morning.

He said there is not a topic of greater conversation between city leaders right now than when and how businesses will be able to reopen. He said he will have more details on this in the coming days, while stressing that the next seven to 10 days are “critical."

The city is working on multiple scenarios to ensure a slow and successful phase of reopening. It will have to be nimble enough that in case there’s a spike in cases, the city can quickly reinstitute orders, he said. While city leaders are intent on reopening public and economic life in Denver as soon as possible, public health is paramount, he said.

But there have been promising signs from local hospitals.

“About 80% of all hospital beds are available,” Hancock said. “One-third of ICU beds are open and nearly two-thirds of ventilators are available for use. The number of new hospitalizations appear to be slowing. These are very encouraging signs that our efforts to stay at home and physically distance from one another are working.”

Hancock said he is in close coordination with the governor and other metro area leadership to determine whether the healthcare data they're seeing supports a relaxation of the stay-at-home orders.

In more good news, $2 million of the $4 million in the business relief fund will be “going out the door today” to small businesses around Denver, many of which are located in neighborhoods vulnerable to displacement, Hancock said. About 60% of them are run by women or minorities. The next round of grants will likely be distributed in May, he said.

One of the first moves back toward normalcy will come Wednesday, with the reopening of all city-owned golf courses, though there will be strict requirements, Hancock said. That will include eliminating shared equipment, limiting carts to one person and closing clubhouses with the exception of restrooms, among other rules. More information on this move and restrictions is available at www.CityofDenverGolf.com.

Colorado's stay-at-home order is expected to lift on Sunday (April 26) and Denver’s order is scheduled to lift April 30. The original social distancing order will expire May 11, though Hancock said the city plans to extend and update the public health order restricting large gatherings later this week.

This also means the order prohibiting in-house dining at restaurants will be extended. Hancock added that the city is exploring options for reopening restaurants, and they are in talks with many restaurant owners about this phase.

Right now, the city’s biggest challenges are increasing testing for COVID-19 for residents and testing for antibodies, as well as training and hiring staff specialized in contact tracing.

Denver Executive Director of the Department of Public Health Bob McDonald said as the city begins to form a reopening plan, they will pay close attention to the number of empty hospital beds compared to the number of cases being admitted, as well as their data on total cumulative cases, the latter of which has started to stabilize in Denver.

Because things are starting to look up, McDonald said some people may wonder if the strict restrictions were necessary, or if Denver implemented them too early.

“When I look at those charts, what it tells me is we acted in time. We acted in time,” he said. “That’s why those numbers look the way they do — because we implemented those strategies in time and now is not the time to be easing up.”

He noted that he’d like to have between 1,500 and 2,000 tests performed per week to properly track COVID-19 and its spread before the city truly starts to reopen. As of now, the city can execute hundreds of tests each week, he said.

In addition to announcing these initial plans to reopen the city, Hancock announced some changes to the way it oversees and supports nursing homes and long-term care facilities.

This comes in the wake of Gov. Jared Polis's announcement last week, when he said that 40-50% of the more than 400 deaths in Colorado are linked to those types of residences. Polis updated the public health order requiring those facilities to create a detailed isolation plan for sick residents by May 1 and to increase state support with the National Guard and expanded testing.

Hancock said over the last two months, all 118 of those types of facilities in Denver have been issued at least three sets of public health orders that outline policies, procedures and protocols to keep residents and staff safe. Now, CDPHE staff will be reassigned to perform compliance visits to as many of those facilities as possible over the next two weeks, Hancock said.

The city will continue to prioritize nursing homes and long-term care facilities for additional personal protective equipment, testing and staff support, he said.

In addition to helping the vulnerable populations in those facilities, the city is also working to help residents experiencing homelessness. More than 550 rooms have been secured at local hotels and motels, Hancock said.

Chief Housing Officer for the Denver Office of Economic Development Britta Fisher said the auxiliary women’s shelter at the Denver Coliseum will open at 2:30 p.m. today, and has room for 300 women and transgender individuals. Each person will have at least 60 square feet. All women will be screened at the entrance for symptoms and testing will be available for those who need it, she said.