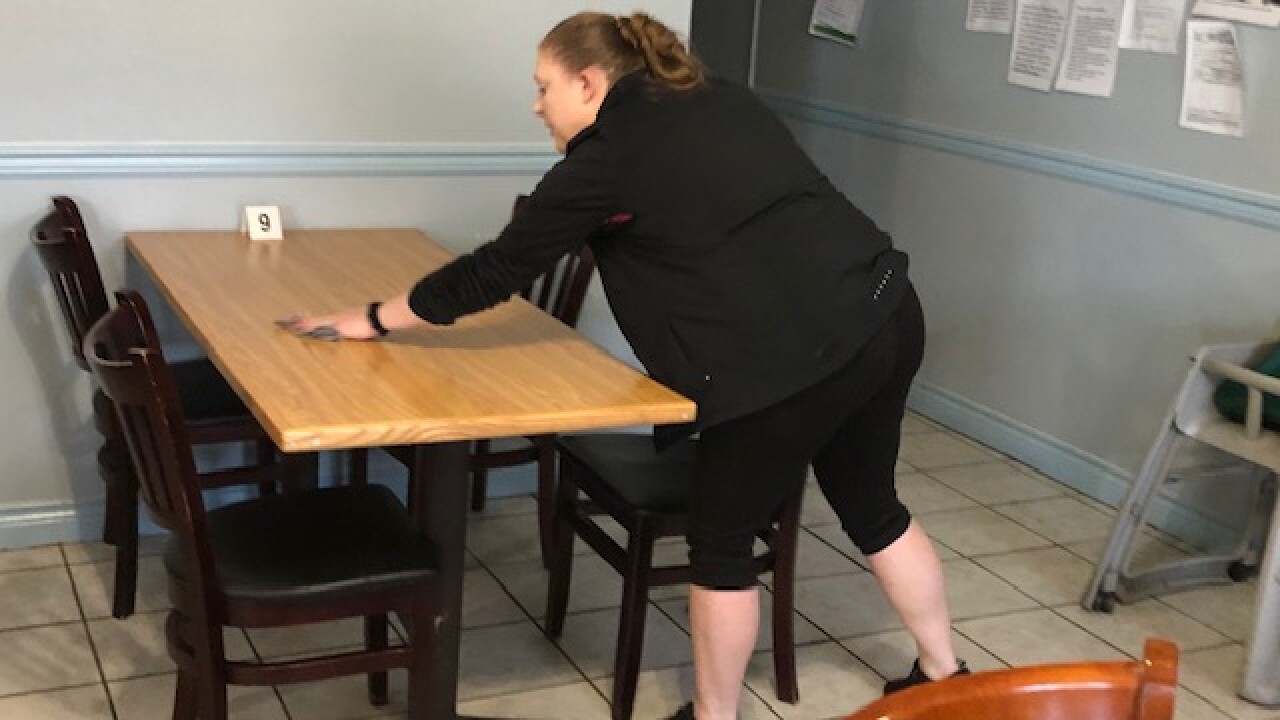 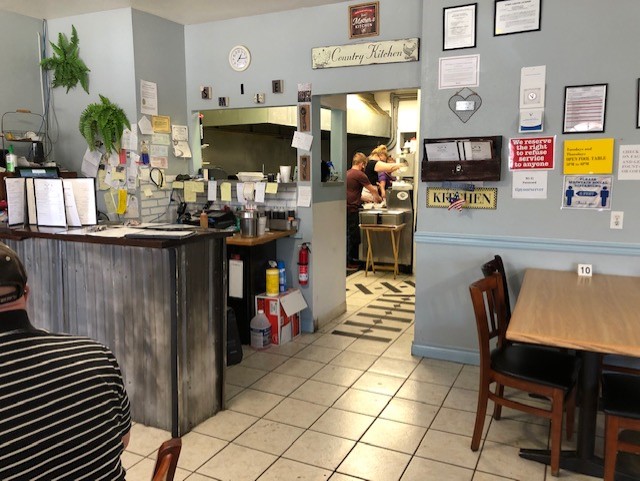 CALHAN, Colo. — The owner of Karen's Kafe and Stephanie's Bar & Grill said she, her family and customers have suffered long enough.

Karen Starr reopened her restaurant Wednesday morning, in violations of the state's safer-at-home order, which ends May 26.

It wasn't just the constant delays that rankled her — it was what she saw online.

"When our politicians go online and brag about their ice cream, or they want to take a break and they still get paid — we don’t get paid," Starr said.

The Colorado Army National Guard veteran said she's lost more than 90% of her sales since the dining room was forced to close. She said to-go orders" bring in just 10% of a normal day's take.

The restaurant owner said the state's decision on which businesses get to reopen and which one don't make some small business owners feel like second-class citizens.

Starr said every time the governor loosens the order, it's to help big business.

"There's no end to, 'Oh well, now the movie theaters and this place and that place can open, but forget about you little places,'" she said. "Well, what makes anybody better than anybody else? We're still Americans fighting for our freedom to take care of our family, and when I say family, that's me, and that's them. It's the people who come in here and depend on us to be their extended family for a place to eat."

She said she signed on the dotted line to join the military to protect our constitutional rights.

"I was willing to die for those rights, and here we are," she said. "All those rights are being violated."

Restaurant Manager Cheyenne Reed said they're doing everything they can to keep customers safe by wiping down menus, tables, chairs and restrooms after each use. They're using disposable plates and utensils.

"Big Box stores can't say that," said Bar Manager Stephanie Carter. "They cannot guarantee that they've gone behind every customer and wiped everything that they've touched. We are wiping table and chairs. We are using one-time use condiments."

Customer Seumas MacRae said he's more than happy with that.

"It's important for people to start getting over their fear, and moving on with life," MacRae said. "We will move past this. We have to get back to our regular lives and quit living in fear like this."

Carl Finney said he and MacRae had planned to come to Karen's some time ago, "and all our plans got changed," but it was worth the wait, he said.

"The food is just great, if not better than what I've heard," he said.

"They're all pretty much family to me," she said.

Reed added that they received a call from the health department threatening a fine, but so far, the restaurant is still open.

"We care about people," Carter said. "We absolutely care about life, but we also know that to have life, we have to be able to have an income. Our employees have to earn an income and they weren't able to."