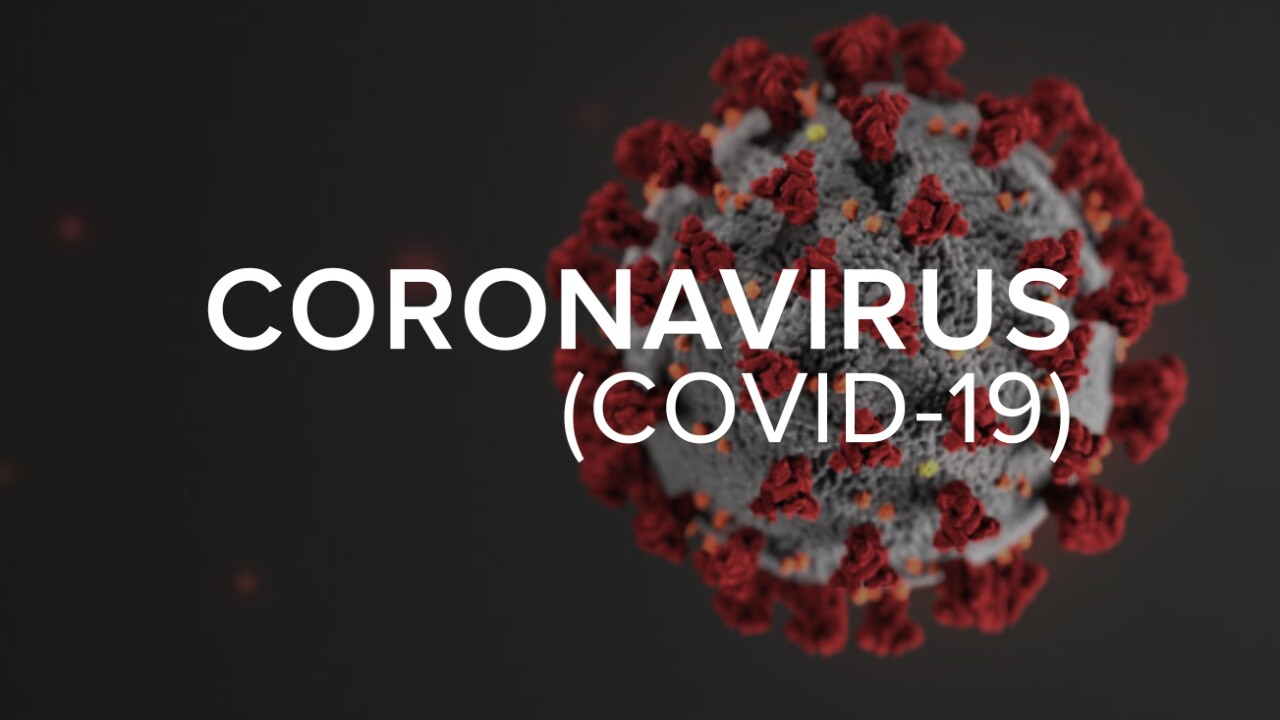 EL PASO COUNTY, Colo. – A second person in El Paso County has died of the novel coronavirus (COVID-19), Dr. Leon Kelly, who is acting as the county’s deputy medical director during the outbreak, told the county’s board of commissioners Thursday morning.

According to Kelly, the person, a man in his mid-60s, had direct contact with the first person who died in the county, a woman in her 80s whose death spurred a public health alert because she had played cards at the Colorado Springs Bridge Center,

“We offer our deepest condolences to the family and friends, and we are very saddened by this news,” said Susan Wheelan, El Paso County Public Health Director. “Our team, including members of the public health system, are working around the clock to take proactive steps to help limit and slow the spread of COVID-19 in our community, and we ask that residents join us in doing their part. We know these are difficult times, but we are strong, and we will get through this together.”

The death is Colorado's third known death from the novel coronavirus, though statewide numbers have not yet been update on the state site.

Kelly, who is also the county coroner, said that El Paso County Public Health is investigating the ramifications and effects of the man’s case.

He said that there are 11 confirmed cases in El Paso County, but that was likely a “very small fraction” of the total numbers of cases there.

He said the county will not “continue to wait on testing” to decide what its actions should be because there is not enough time, and that health officials are no longer waiting for the CDC to confirm presumptive positive tests – any person with symptoms and known contact with a COVID-19-positive person will be considered a suspected positive case.

He said that the county, as the state has hinted at in recent days, is shifting from a containment to a mitigation strategy. They are still trying to find out who has the infection to contain them, but with the likely exponential and quiet growth of the virus, Kelly said officials realize they won’t be able to identify every case because of the varying symptoms among age groups and health status.

Kelly said the goal now was to keep the most at-risk people – those aged 60+ and people with compromised immune systems – and those who interact with that group, like health care workers and long-term care facility workers, from getting or spreading the virus.

He said there is community spread of the virus in El Paso County and compared the spread to a wildfire – where you don’t want big trees next to each other that can spark and spread the fire quickly, but rather vegetation that is more spread out and can spread slowly and without massive flames. In this case, people are the fuel, Kelly said.

He said that if intense social distancing is not practice, the virus will continue to spread through younger people who carry the disease but are not quite as at-risk of developing severe cases as older people and people who are immunocompromised or have other underlying health conditions.

He said the county was transitioning away from the idea that everyone needed to be tested, but advised young, healthy people to stay home if they have symptoms and not to call emergency rooms.

Anyone who feels they have symptoms should isolate themselves and consult with a doctor or medical professional, Kelly said.

He said the health department was hopefully moving from being reactionary to going on the offensive – a sentiment echoed by the state epidemiologist at the Colorado Department of Public Health and Environment over the last two days. And he said that the county was working to figure out what to do over the next few weeks “and possibly, months.”

Colorado Department of Public Health and Environment updated the numbers on its COVID-19 site at 4 p.m., though it does not include the two deaths reported in El Paso and Crowley counties Thursday.

According to the CDPHE, as of 4 p.m., the data is as stands:

Eagle (51) and Denver (49) counties are seeing the highest number of cases, those testing has been prioritized in those areas. Jefferson County has 36 cases and Arapahoe County has 22 cases, according to the state.

For the latest on COVID-19 in Colorado, click here.