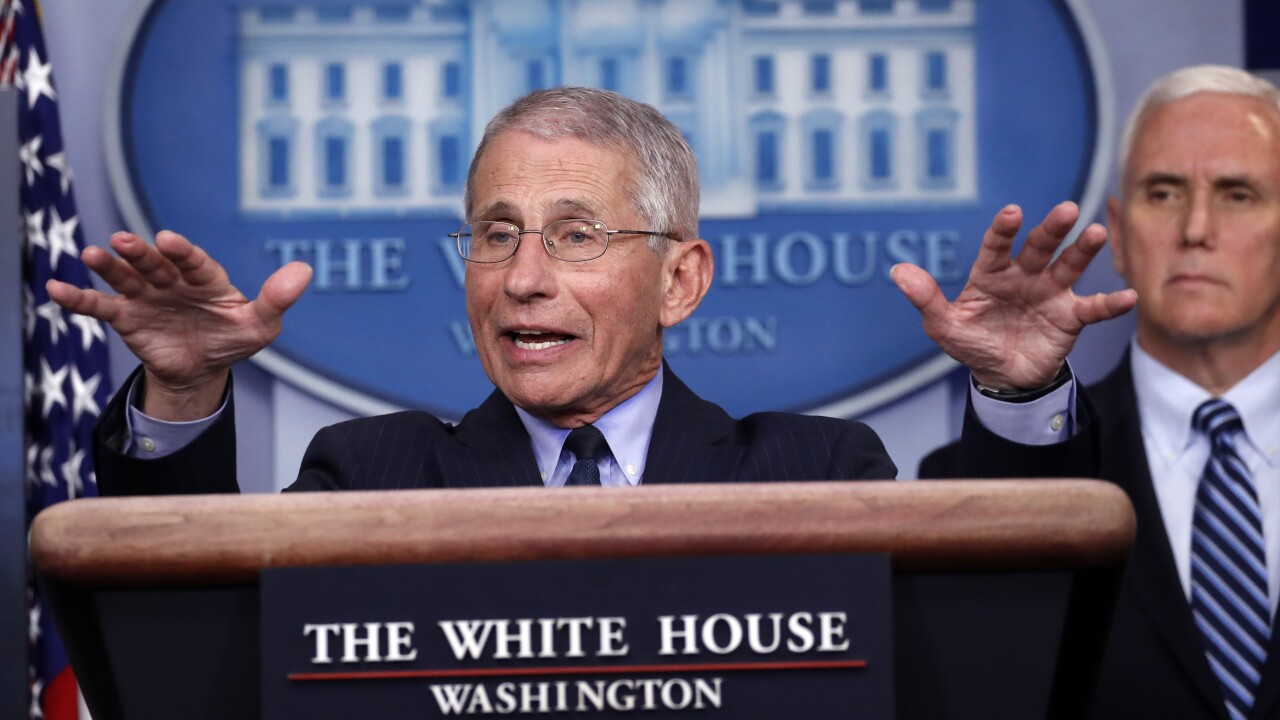 Dr. Anthony Fauci, National Institute of Allergy and Infectious Diseases director and member of the White House’s coronavirus task force, said he is seeing signs a coronavirus vaccine could be ready by January.

Dr. Fauci, who made the comments on Thursday’s “Today Show,” said that his prediction of a January vaccine is consistent with past comments he made stating that it would take 12 to 18 months to develop an effective vaccine.

"Remember, go back in time, I was saying in January and February that it would be a year to 18 months (to develop a vaccine), so January is a year, so it isn't that much from what I had originally said,” Dr. Fauci said.

Dr. Facui said that beginning to manufacture a test as the vaccine’s effectiveness is being tested is one way the production of a vaccine can be sped up.

"If so, we're going to start ramping up production with the companies involved, and you do that at risk,'' Fauci said. "In other words, you don't wait until you get an answer before you start manufacturing. You, at risk, proactively start making it, assuming that it's gonna work. And if it does, then you can scale up and hopefully and get to that timeline."

The World Health Organization says that nearly 100 different vaccines are under study. How many of these vaccine candidates will be deemed effective is still unknown.

President Donald Trump expressed optimism that a vaccine would come sooner rather than later.

Experts such as Dr. Fauci have stressed that until a vaccine is widely produced, moving forward with a “normal” lifestyle is unlikely.

“If you want to get to pre-coronavirus, that might never happen in the sense of the fact that the threat is there,” Dr. Fauci said earlier this month, “but I believe with the therapies that will be coming online and the fact that I feel confident that over a period of time, we will get a good vaccine, we will never have to get back to where we are right now.”