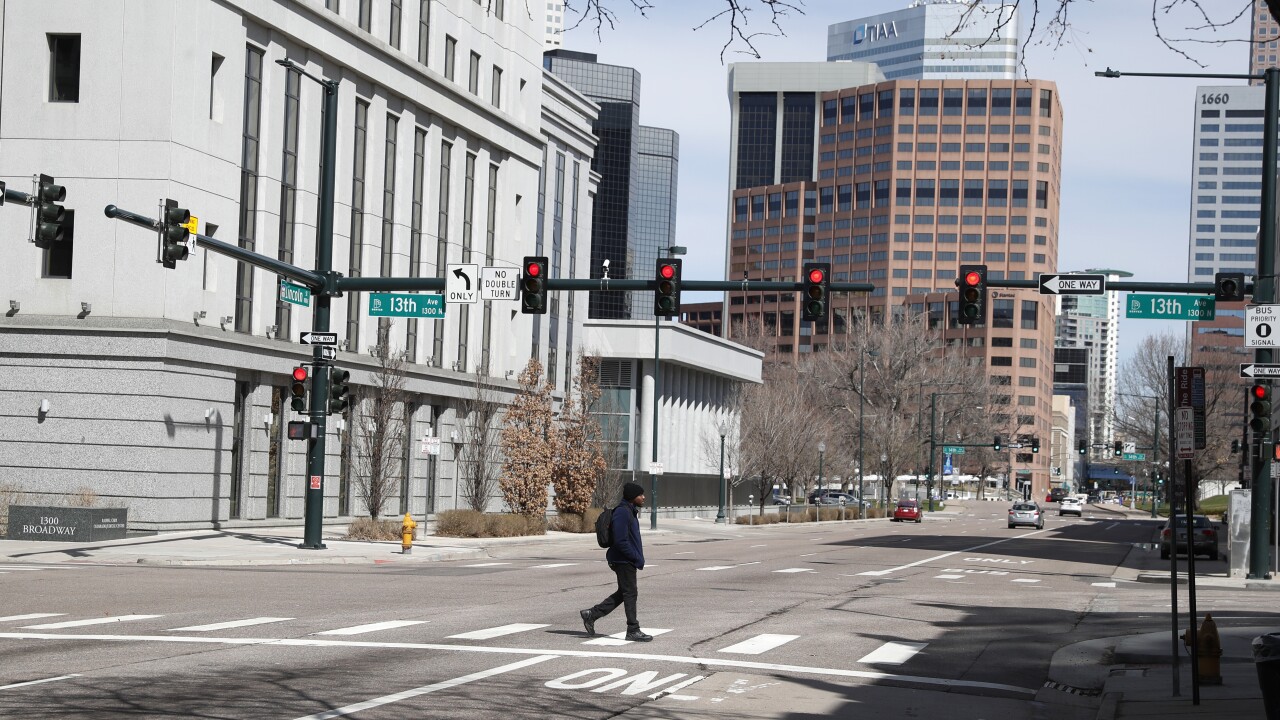 (Copyright 2020 The Associated Press. All rights reserved. This material may not be published, broadcast, rewritten or redistributed.)
David Zalubowski/AP
A lone pedestrian crosses a nearly-empty Lincoln Street as a statewide stay-at-home order remains in effect in an effort to reduce the spread of the new coronavirus Saturday, March 28, 2020, in Denver. The new coronavirus causes mild or moderate symptoms for most people, but for some, especially older adults and people with existing health problems, it can cause more severe illness or death. (AP Photo/David Zalubowski)

DENVER – The city of Denver is considering extending its stay-at-home order, which currently is in place through April 11, until April 30, a city and county spokesperson said Tuesday afternoon.

Erika Martinez, the spokesperson, said that the city was coordinating with the state to extend the order, but she said she could not put a timeline on when that change might happen.

Mayor Michael Hancock told our partners at The Denver Post on Tuesday that he would extend the order, and that April 30 “looks like it’s going to become the new target.”

Denver's initial order came out two days before the state's, but the city and county rescinded it to be in line with the state's order.

President Donald Trump extended social distancing guideline recommendations until April 30, and Gov. Jared Polis said Monday that he was not at the time extending the statewide order.

"The Governor said yesterday during a press conference it is looking more and more like we need an extension," said Gov. Polis' spokesperson, Conor Cahill, on Tuesday afternoon. "We also want to get a few more days of data before we make that decision."

As of Tuesday’s 4 p.m. data update, Denver had the most COVID-19 cases in the state, at 539. Seven people from Denver have died of the virus, according to the Colorado Department of Public Health and Environment.