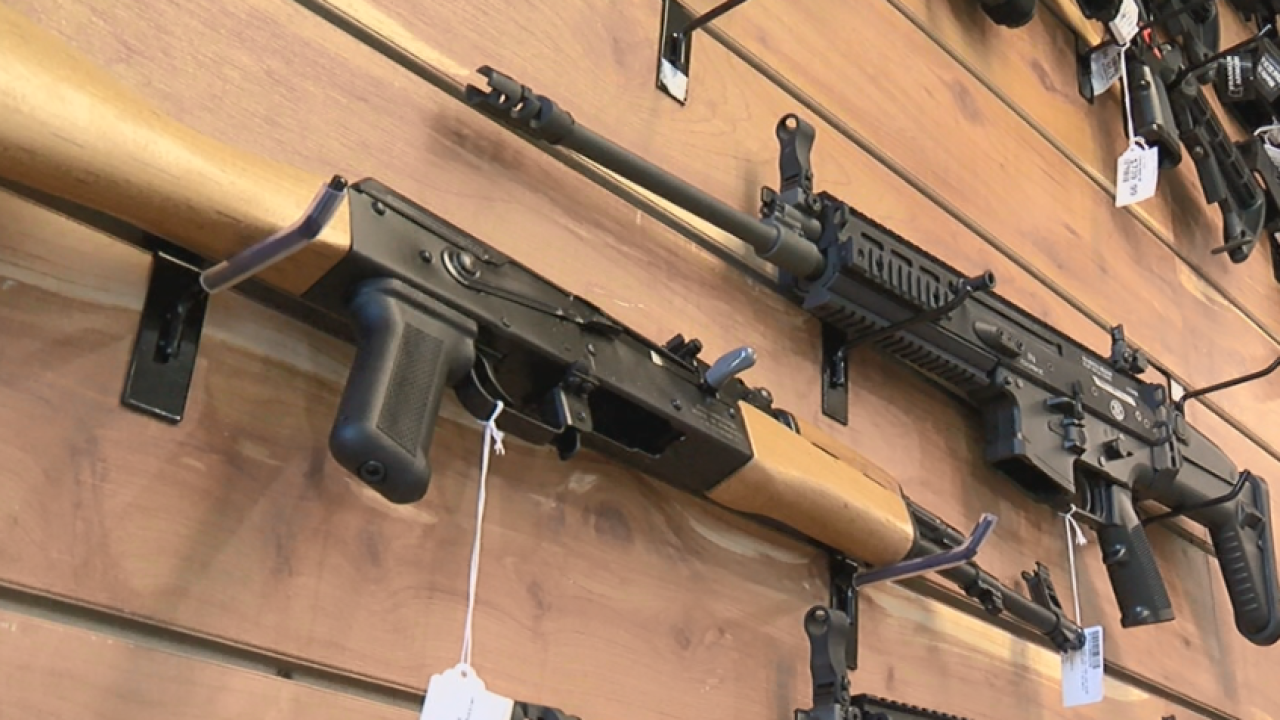 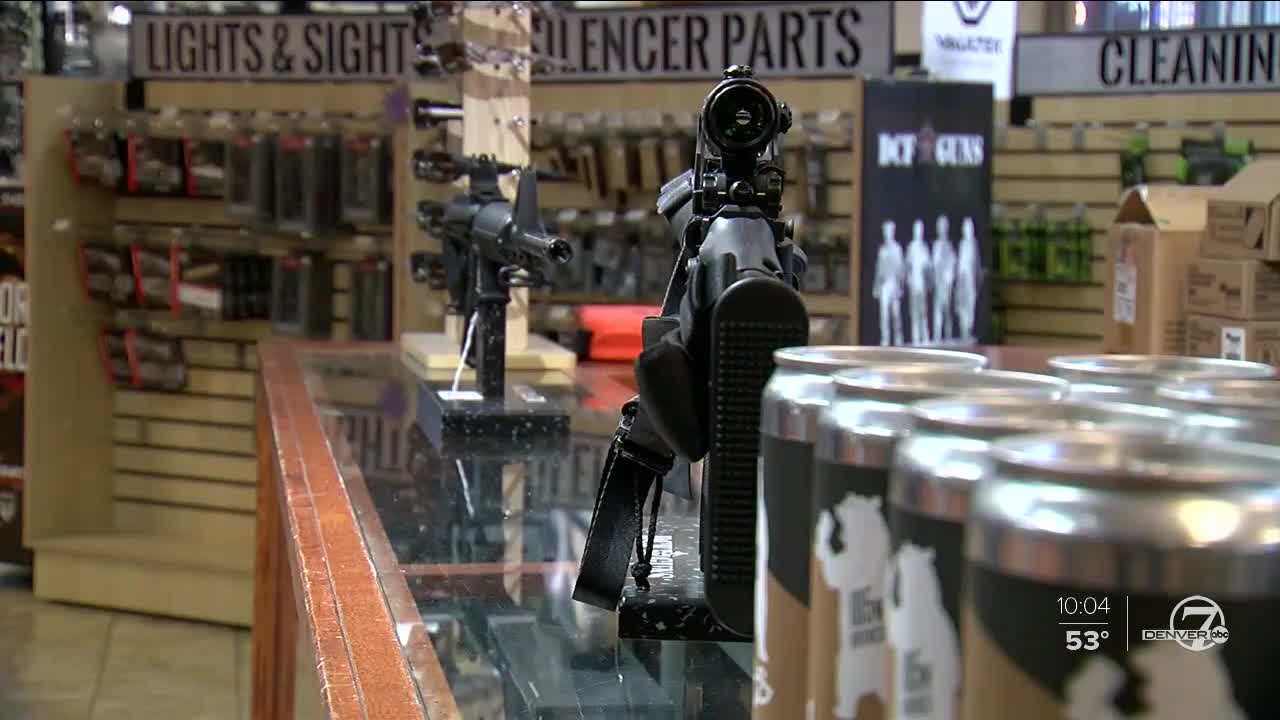 DENVER — At first glance inside Bighorn Firearms, it's hard not to notice something clearly missing in the store... guns.

"We’ve never seen anything like this before," said Bighorn Firearms owner Ryan Resch.

Resch has seen a wave of customers in the last two weeks, what remains in stock, sits in the back.

It's not just Bighorn Firearms seeing a huge spike, DCF Guns in Castle Rock is also thriving. On Tuesday, they even expanded the business and are now offering to deliver ammo to homes.

"You have a hundred rounds of 9 mm and 40 rounds of .223, and we’re selling this delivered to your door," said DCF Guns co-owner Joe Oltmann.

The Colorado Bureau of of Investigations says they are seeing a “historic volume” of background checks for guns. More than 25,468 in the last week — a 227% increase from this time last year

All of that came to a screeching halt Tuesday at 5 p.m., when Denver Mayor Michael Hancock's "Stay At Home Order" went into effect, closing all business considered non-essential — which includes gun shops.

"It’s people's right provided by the Constitution in the Second Amendment to be able to protect themselves and they are trying to restrict that," Resch said.

That’s the argument Resch and his lawyer, Ian Hicks, gave when they filed a lawsuit against the city on Tuesday to prevent the closure of gun shops around Denver.

"We’ve got everything to lose here. We are not looking to create a big problem. We just want a clear cut definition of whether or not we can continue to do this," Resch said.

Ryan Luby, Public Information Officer for the city of Denver, told Denver7 in a statement, “We are aware of the lawsuit that was filed this afternoon, but we have not had the time to evaluate it during the ongoing public health crisis.”

But by late Tuesday afternoon, a judge had ruled against the lawsuit.

Hicks said the judge wanted the suit filed on behalf of a gun consumer, not a gun store owner. Hicks said he found someone willing to file and will represent her through the legal proceedings.

"We are going to amend the complaints, add that person in and fix that minor technical issue that the judge pointed out today and file the TRO tomorrow," Hicks said.