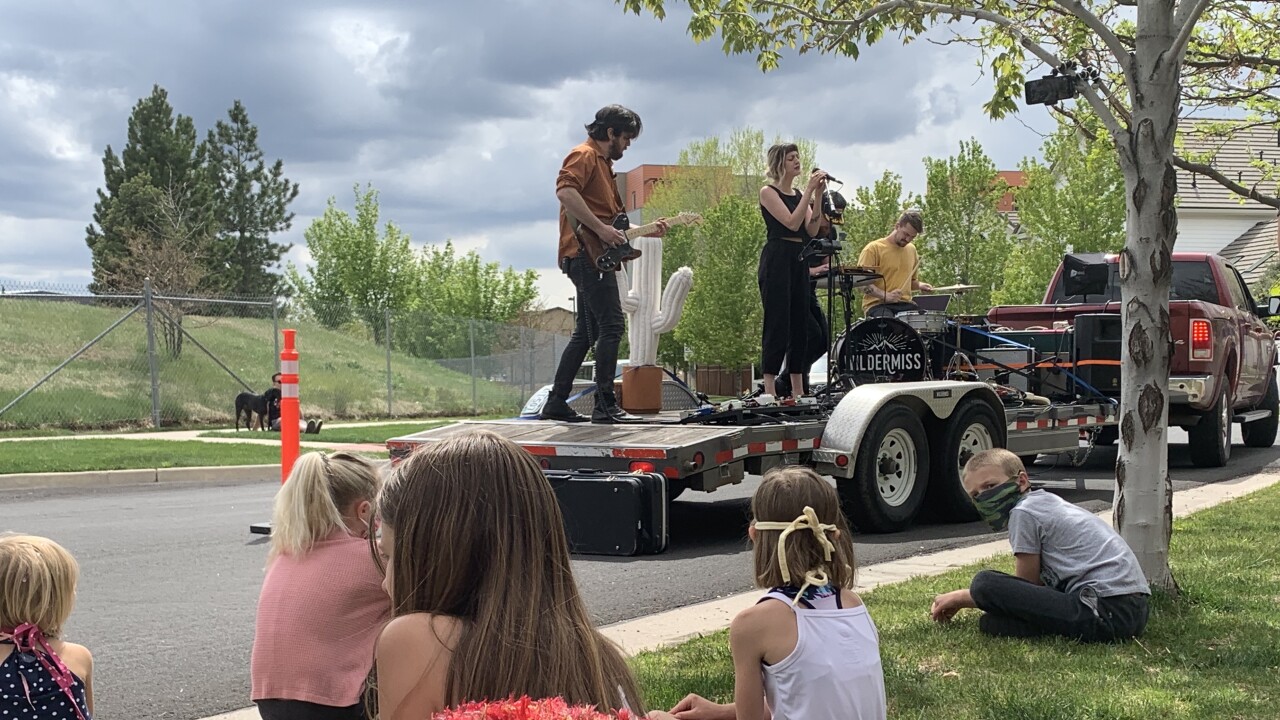 DENVER — A Denver-based band is giving a new meaning to "taking the show on the road."

After the band Wildermiss had their gigs canceled due to the pandemic, they had to get creative.

All day Friday, the group went from home to home playing 5-10 minute sets, asking for a $50 donation per song.

"This is the most exciting thing we’ve had in like, two months," Wildermiss fan Dave Walter said.

The group played 20 gigs on Friday for fans around Denver. Fans who booked the band could pick the songs they would play.

"I like all of them so I picked my girlfriend's favorite one which is "Tunnel Vision,"" said fan Joe Keresey.

The idea was such a hit, there may be more days like this to come.