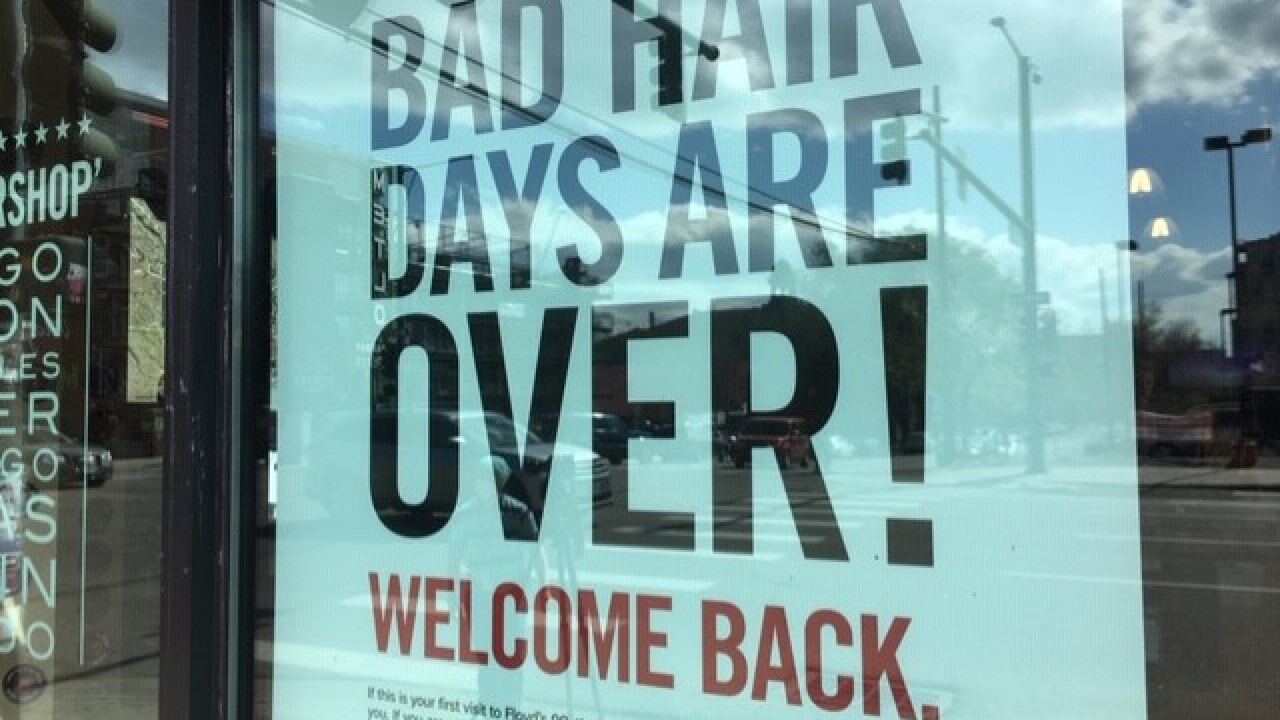 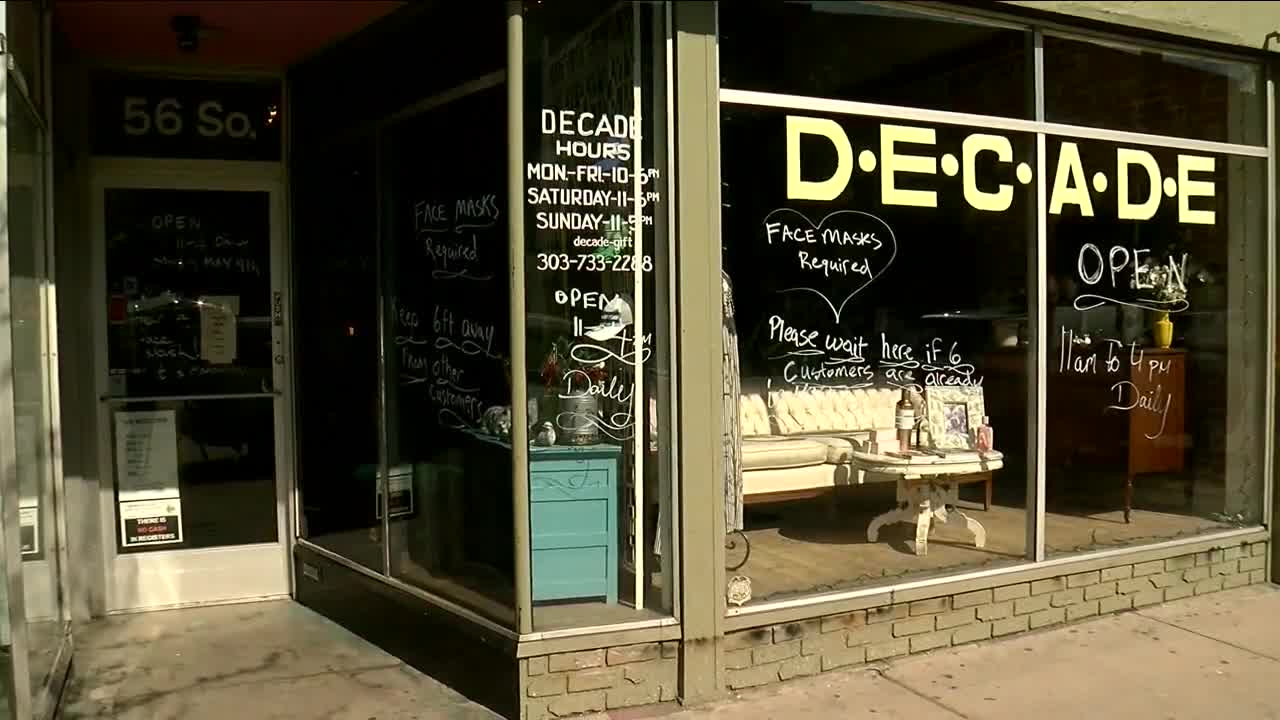 DENVER -- Opening day brought hope for customers and shop owners alike that we're on the path to a new, safe normalcy.

Retail stores, hair and nail salons, tattoo parlors, pet groomers, and personal trainers have reopened in metro Denver after a nearly two-month COVID-19-related shutdown, and customers say it's about time.

Surgery nurse Ben Smith was among the customers waiting outside Floyd's barbershop on Broadway, hoping to get a hair cut Saturday afternoon.

"It's kind of hat hair right now," he said, removing the hat from his head, "Kind of shaggy."

Another customer, Kevin Metzler, told Denver7 that he'd been out of work because of the pandemic, so he's had time to paint his home and catch up on other tasks.

"I've been wanting to get a haircut for the last couple of months," he said.

"They are wiping everything down. Everything seemed to be, from a sterile standpoint as sterile as it can be, and I felt comfortable with the process," he said.

Floyds is limiting how many people can be inside at any given time, and staff are taking customer temperatures.

On South Broadway, several shops reopened Saturday. Among them, Decade.

Customer Jeriel McAndrews spent time Saturday afternoon browsing and relaxing in her favorite store, and came out with several bags in her hands.

"I ended up staying in this one for a really long time because I love this store, and I haven't been shopping for a long time," she said.

McAndrews came out with three shopping bags full of items.

"They must have thanked me, I'm not kidding you, like seven times, for coming in and shopping, and being there," McAndrews said.

The shop's owner, Demitra Seuss, told Denver7 it felt good to reopen after being closed since March 16.

"It was an amazing day," she said. "I'm so, so grateful for the support of our community and the customers."

Sidewalks along Broadway and South Broadway were busier than they've been in weeks.

One couple, walking near 11th Avenue and Broadway, told Denver7 they'd been eagerly awaiting the end of the shutdown.

When asked what business they're most anxious to return to, Marci Kolt said, "We moved to Denver on March 16, the day before everything shut down, so we're just really excited to go literally anywhere."

"We'd like to go to Red Rocks and see a show or two," said Daryl Vaughn. "That would be nice. Breweries, we'd like. I mean, it's nice that we can get beer to go, but I love the atmosphere of breweries and community, so that would be top of my list."

They're eagerly awaiting the reopening of restaurant dining rooms and their favorite watering holes.