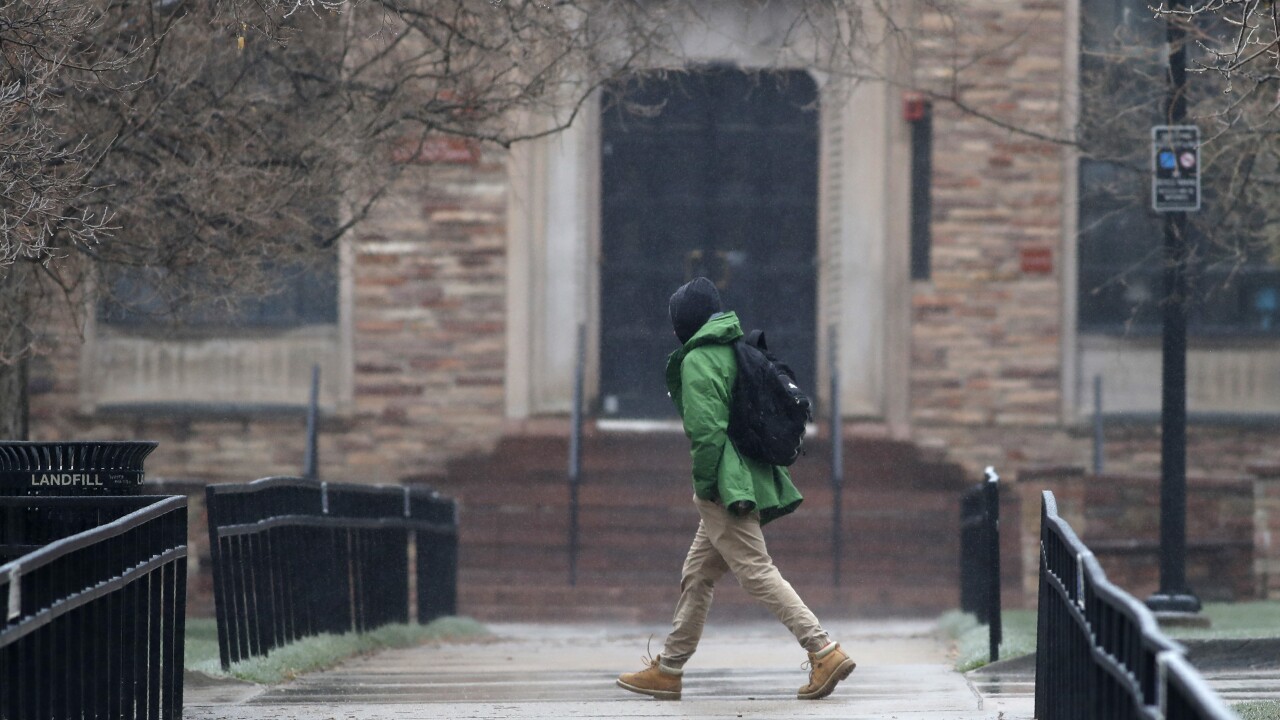 David Zalubowski/AP
A lone pedestrian moves through the closed campus of the University of Colorado as a statewide stay-at-home order remains in effect in an effort to reduce the spread of the new coronavirus Thursday, April 2, 2020, in Boulder, Colo. The new coronavirus causes mild or moderate symptoms for most people, but for some, especially older adults and people with existing health problems, it can cause more severe illness or death. (AP Photo/David Zalubowski) 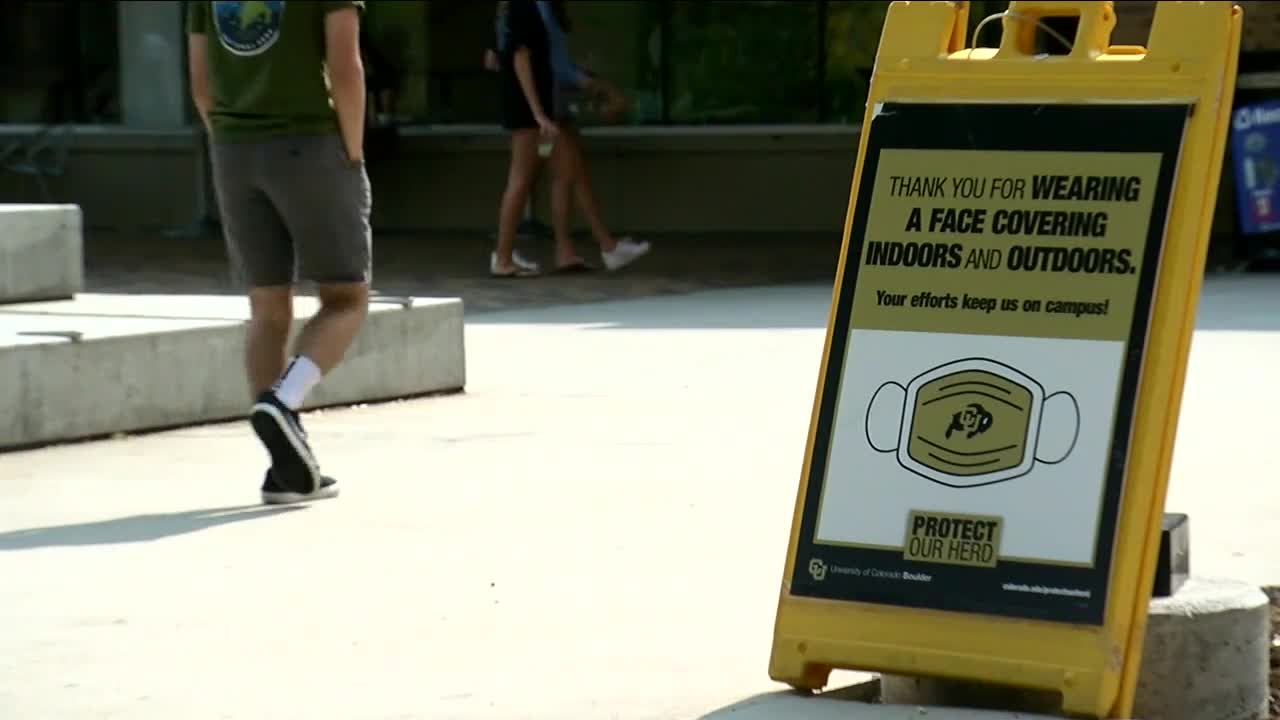 In an effort to increase the amount of space needed to isolate students who tested positive for COVID-19, all residents of a University of Colorado Boulder dorm have been directed to move.

Students living in the Darley North Hall, which stands out as one of the tallest buildings in the city of Boulder, received a letter from the school's housing department about the change on Thursday. Students were directed to move out by 5 p.m. on Sunday.

“I just got settled. We have only been here for like three weeks,” said freshman Hunter Burns who is one of the 186 students to move. “Now we have to take all our stuff down and move somewhere else.”

The spokesperson with CU Boulder confirmed that the purpose of this change is to increase isolation space on campus. The spokesperson said students in Darley North Hall will receive additional information from the school's housing department on Friday, which will include a new room assignment.

The school has reported a spike in positive COVID-19 cases on campus and as a result, has increased how much of its isolation spaces it is using.

As of the end of the day Thursday, 67% of the school's isolation spaces were in use, according to CU Boulder's COVID-19 Dashboard, which is available by clicking here. This is part of a growing trend — the percentage was 57% on Wednesday, 46% on Tuesday and 24% on Monday.

University officials said the initial plan was for those isolation spaces to be for single occupancy. If more space is needed, they'll place two people per room. The vacated building will provide more than 300 beds for isolated students.

According to data from the dashboard, 671 on-campus people have tested positive since Aug 24 as of Friday at 8:45 a.m. School officials blame the outbreak on off campus parties.

“Contact tracing has found that most of the likely instances of transmission has been though large gatherings, not maintaining 6 feet and not wearing masks,” said CU Boulder spokesperson Melanie Parra. “The message continues to be that these decisions have impacts on other people.”

According to data from the dashboard, 671 on-campus people have tested positive since Aug 24 as of Friday at 8:45 a.m.

Gov. Jared Polis on Friday was asked if he would consider shutting the college down, if cases continue to grow.

Polis said it was "critical" the university contains the spread of coronavirus but that it would not be constructive to send students home.

"That would be very dangerous" if students returned home from CU, Polis said.

The letter to Darley North students reads that Residence Life and Student Housing are working to create additional isolation spaces for campus residents.

"We know that moving mid-semester is challenging, and we are doing everything we can to minimize the impacts of this change for our residents," the letter reads. "We will do our best to keep your community together, though we will not be able to move roommates together due to space availability."

A $250 credit will be issued to the Darley North students' Bursar's accounts. All students from that hall will need to complete their weekly COVID-19 screening by Friday.

However, freshmen moving from Darley North say this is a difficult time to move.

“They didn’t ask us before, they didn’t give us a warning,” said Darley North resident Connor McGrath. “But what can you do about it now? Not much.”