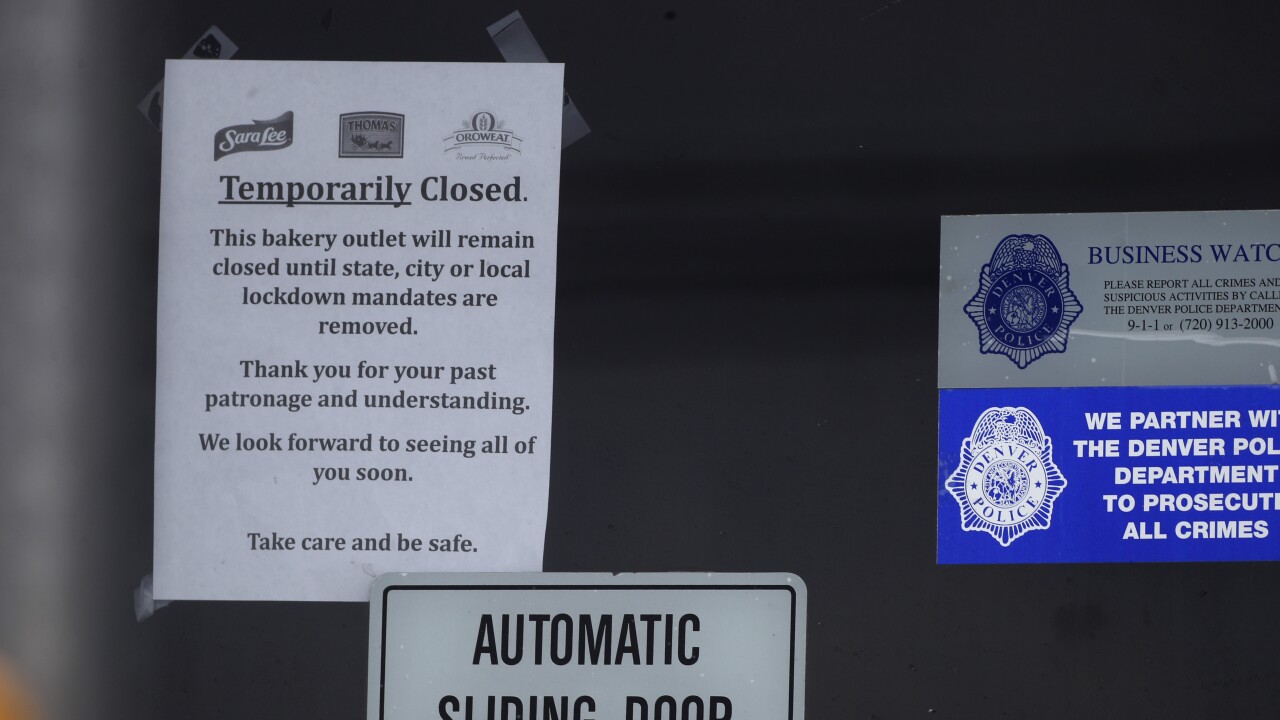 Copyright 2020 Scripps Media, Inc. All rights reserved. This material may not be published, broadcast, rewritten, or redistributed.
David Zalubowski/AP
A sign tells customers that a bakery outlet store is closed as a statewide stay-at-home order remains in effect in an effort to reduce the spread of the new coronavirus Sunday, April 5, 2020, in Denver. The new coronavirus causes mild or moderate symptoms for most people, but for some, especially older adults and people with existing health problems, it can cause more severe illness or death. (AP Photo/David Zalubowski) 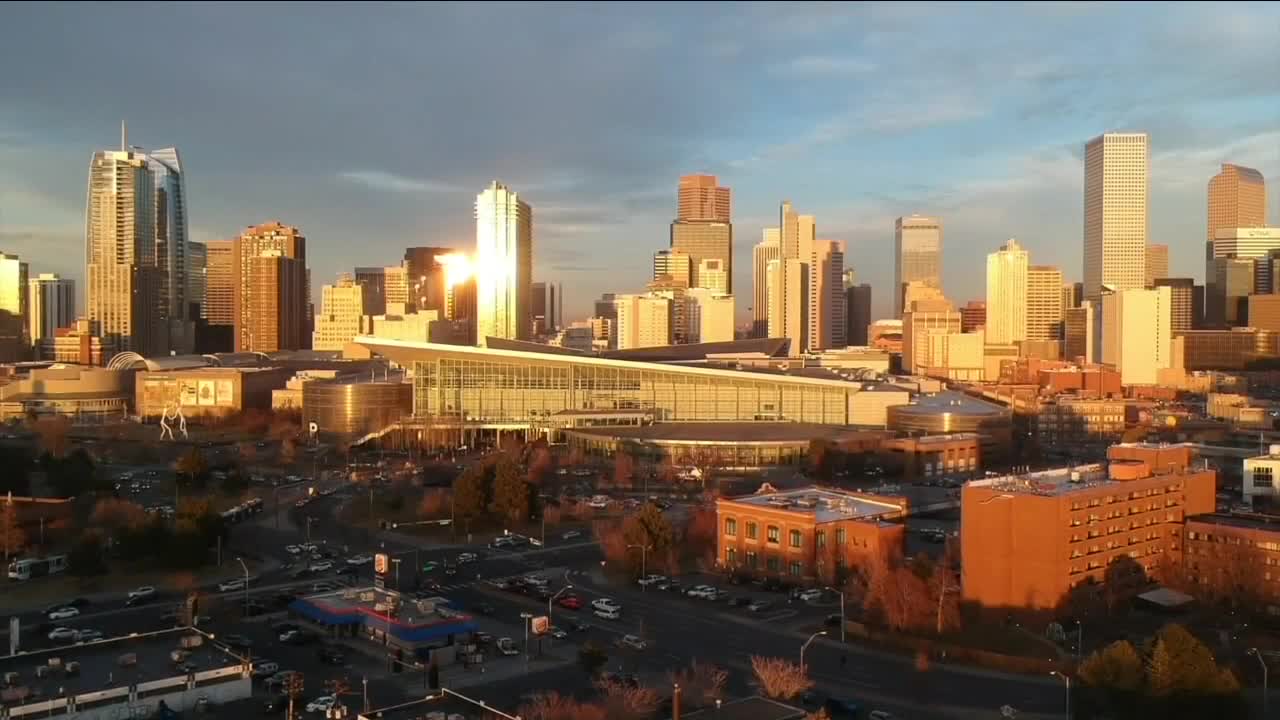 DENVER – An additional 46,065 people filed for unemployment benefits last week in Colorado, bringing the three-week total since the COVID-19 outbreak begin shutting down businesses to more than 127,000 initial claims.

The Colorado Department of Labor and Employment said the three-week total of 127,393 initial claims was more than were filed in any of the past three years. Nationally, about 16 million people have filed for unemployment over the past three weeks.

There have been more than 60,000 payment requests made over the past three weeks, and Colorado paid $29.8 million in benefits last week. Before last week, the state was paying about $8.7 million in benefits per week, but more of the claims made in the first week of the outbreak started seeing benefit payouts last week. During the height of the Great Recession in 2009-10, the state was paying out an average of $19 million each week.

The most claims, as of data ending the week of March 21, have so far come from the accommodation and food services industry – which includes hotels, bars and restaurants – then health care and social services (due to dentist office, chiropractors and some child care facilities closing), “other” services like salons and barbershops, arts, entertainment and recreation, and retail trade. A bulk of the claims were from the accommodation and food services industries, the CDLE said.

The week-over-week drop in initial claims could be for several reasons, said the CDLE’s senior economist, Ryan Gedney. He said it was possible some people were waiting to file until the provisions from the federal CARES Act kick in, and also possible that some people are still being paid by their employer in some fashion and have not filed a claim yet.

Cher Haavind, the deputy executive director at the CDLE, said that the department believed it would likely see more than 200,000 applications – not initial claims – filed between the week of March 16 and the end of this week.

Regarding the CARES Act benefits, which includes the Pandemic Unemployment Assistance (PUA) program and Federal Pandemic Unemployment Compensation (FPUC) program, the CDLE officials said they were still working on implementing programming changes to the state’s unemployment insurance system before those measures will go into effect for Coloradans.

Jeff Fitzgerald, the division director for the CDLE’s unemployment insurance division, said the CDLE received requirements for the CARES Act unemployment programs on Sunday and that a team of 70 was working “around the clock” to program changes to the state’s system, then to test it before it goes online.

“Once all that happens and we’re comfortable, we’re going to launch. And we’re eager to start processing as soon as we can,” he said.

Haavind said the department hoped to have the federal provisions programmed into the state system by “mid-April” but the officials said they could not yet provide a concrete date.

Under the PUA program, up to 39 weeks of unemployment benefits will be extended to people not typically eligible for them – including self-employed people, so-called “gig workers” and contractors – and others who have exhausted regular unemployment benefits and will be retroactive to Jan. 27 once it’s in place.

The FPUC will provide $600 a week to anyone eligible for any unemployment compensation program and will be effective March 29.

And the Pandemic Emergency Unemployment Compensation program allows for 13 weeks of added benefits for some people beyond the standard maximum of 26 weeks for regular unemployment benefits.

The CDLE officials said people should start preparing their tax documents, income statements and other documents that will be needed to file.

Fitzgerald said that once the state can finish its re-programming, only people who have already received a denial notice will have to file a new claim to start receiving the federal benefits.

All of that money will be paid by the federal government and will not come out of the state’s fund. The state will on June 30 take another look at the balance of that fund and determine what the rate schedule will be for 2021.

Haavind said the CDLE had sent out more than 44,000 PINs since last Saturday and hoped to send out the rest of the backlog by the weekend.