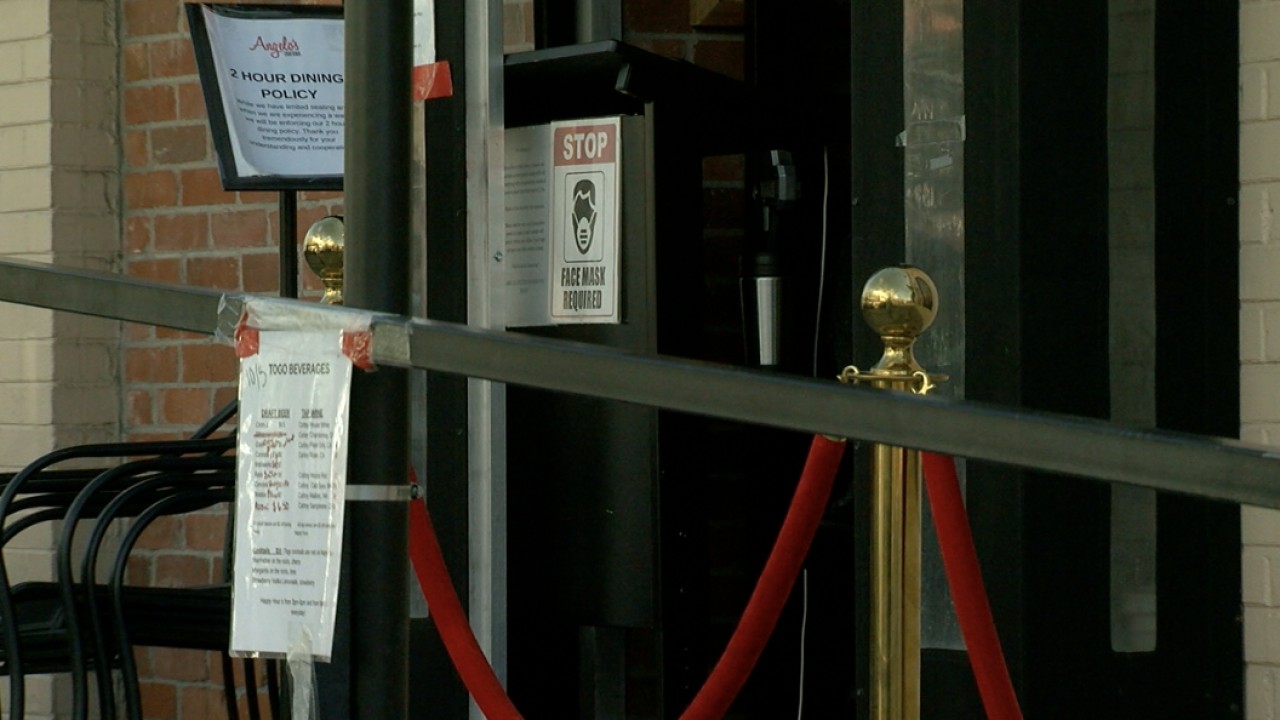 DENVER -- The restaurant industry in Denver is growing worried after Denver Mayor Michael Hancock announced Monday the city could revert to more strict measures if the number of coronavirus infections isn't brought down by the time flu season starts.

"Let me be clear: If our numbers keep going in the direction they're going, we could be forced to go back to Level 3 (restrictions),” Denver Mayor Michael Hancock said during a news conference Monday morning.

That's not the news Denver businesses wanted to hear as they start the work week, which for them means the possibility of more restrictions and capacities cut in half.

Hyatt has been prepping his new outdoor winter seating setup but with Monday's news, it adds to an already complicated process.

“It’s crazy. Within the last eight months we’ve had to change our business plan three different times. Now we’re planning on changing it again,” he said.

The numbers are always on his mind, as he checks daily for them.

“It’s scary to see them keep going up,” he said. “We have a location in Breckenridge and they were already last week discussing the possibility of either shutting down for takeout, only we’re going down to 25% capacity. So we kind of had a feeling it was coming,” he said.

The Colorado Restaurant Association (CRA) knows the effect limiting capacity could have on an already ailing industry severely affected by the coronavirus pandemic.

“It would be devastating for restaurants," said CRA CEO Sonia Riggs. The fact is that restaurants are already really struggling with limited capacity, and pushing back that capacity more would make it even more devastating to an industry that’s already been decimated."

That's why the association has a similar plea to everyone who enjoys getting out.

“Please be safe and follow the rules because the small businesses are just really getting killed right now and these types of things just make it that much worse for small businesses that are just trying to survive," she said.

“Wearing masks is huge, it helps. It helps you and helps me. It helps each other, and keep (sic) our distance also helps as well,” Hyatt said.

He believes his restaurant can survive a setback, but that's not his primary concern.

“The scary part for me is that I want to make sure that the staff is still working,” he said.

Because while his eatery might survive another lockdown, there are others who will not.