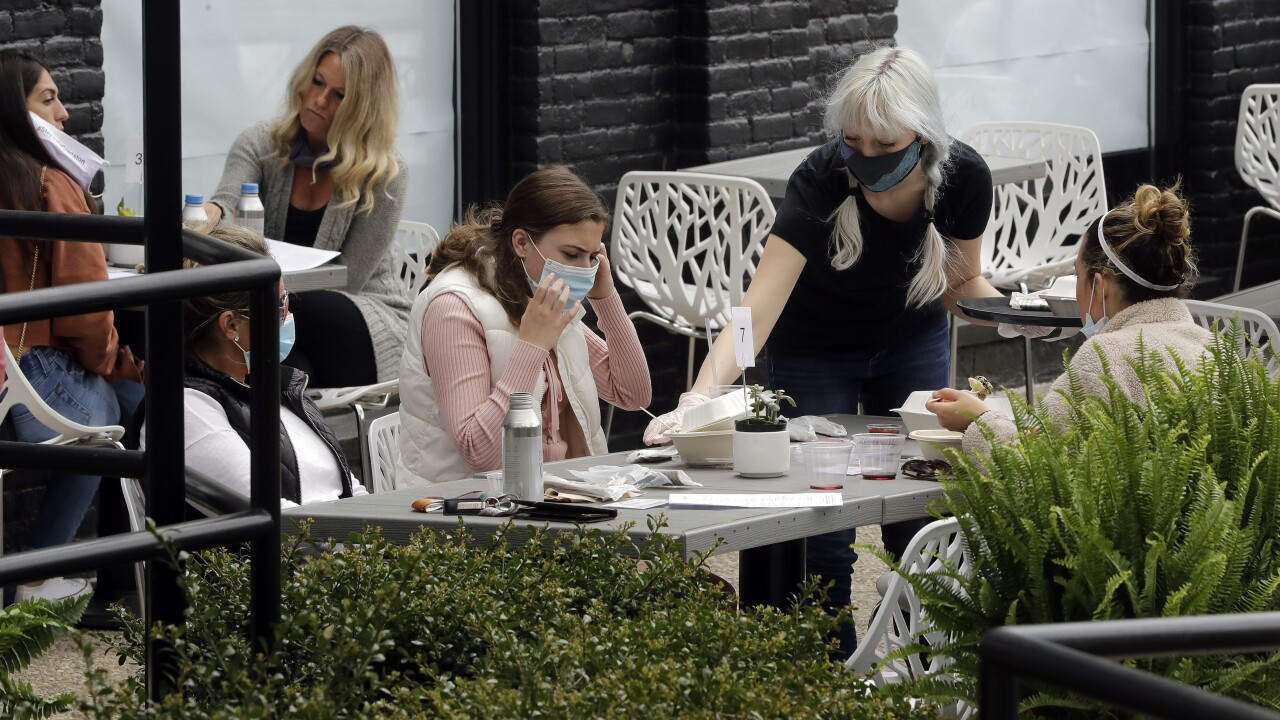 (Copyright 2020 The Associated Press. All rights reserved. This material may not be published, broadcast, rewritten or redistributed.)
Steven Senne/AP
Server Katie Maloney, of Providence, R.I., top right, wears a mask out of concern for the coronavirus while assisting patrons in an outdoor seating area at Plant City restaurant, in Providence, Monday, May 18, 2020. Rhode Island allowed restaurants to provide service with outdoor seated dinning Monday for the first time since the beginning of the government imposed lockdown due to the coronavirus pandemic. (AP Photo/Steven Senne) 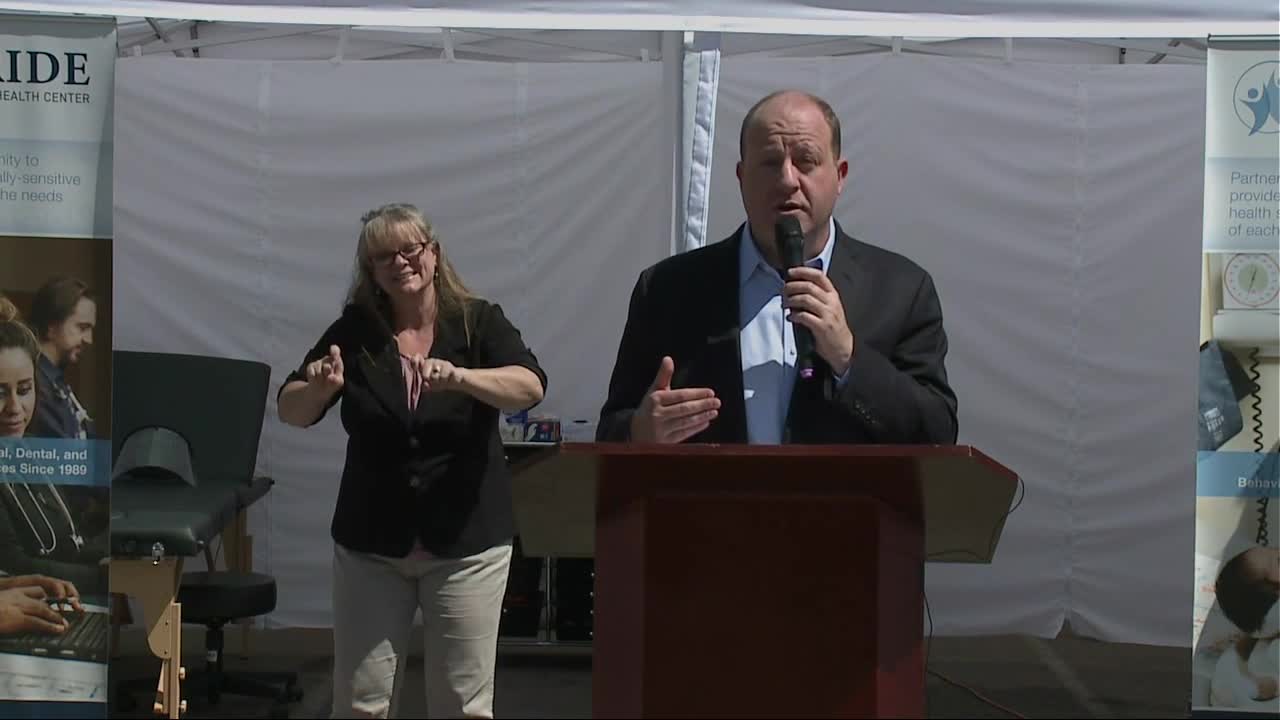 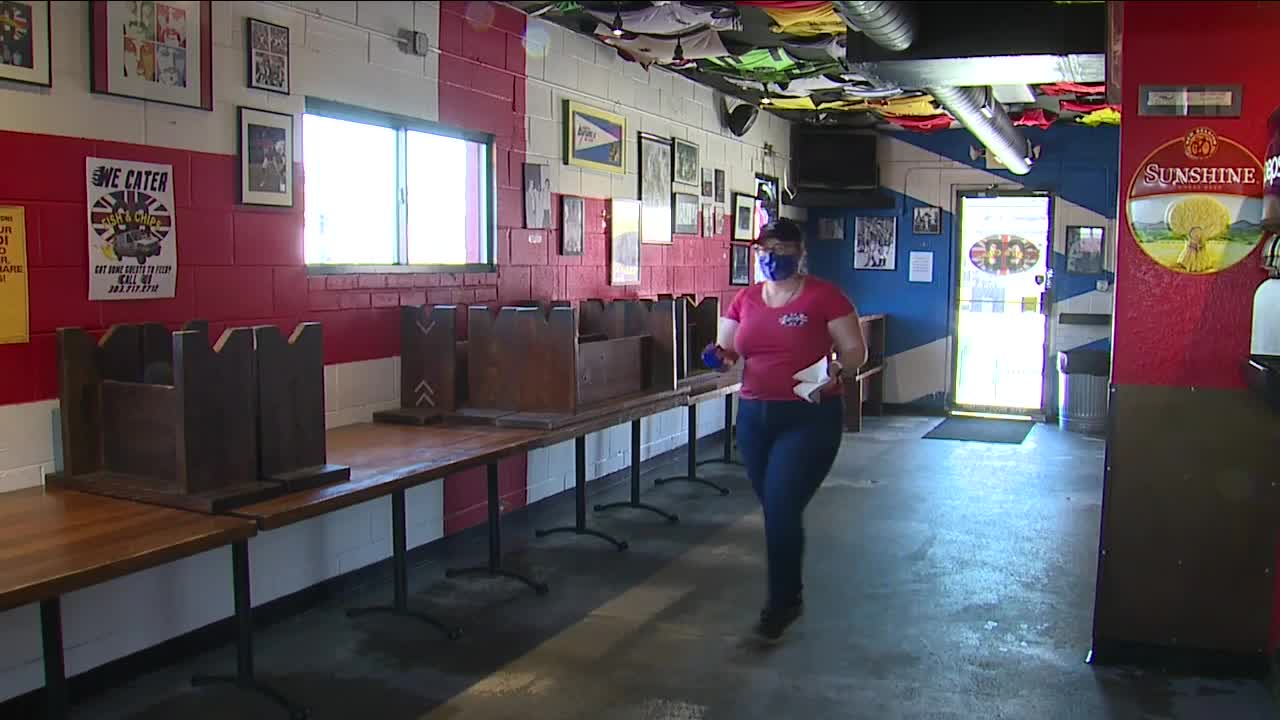 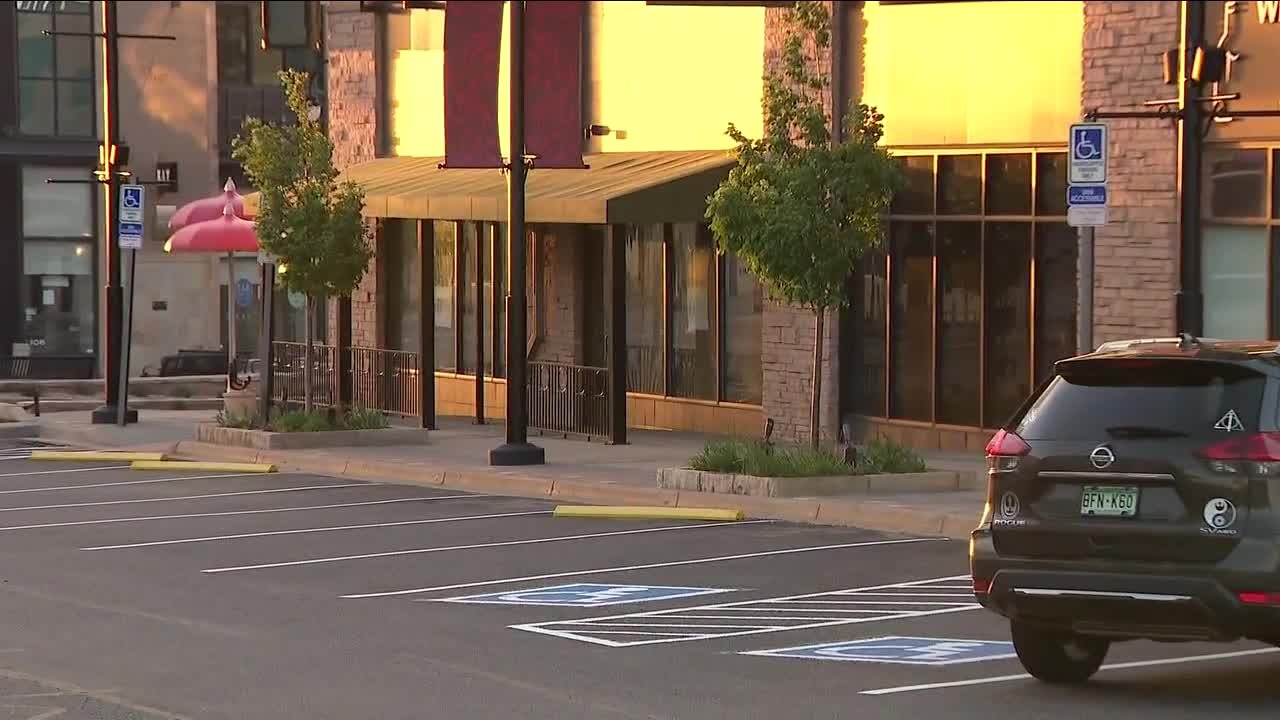 Update (Tuesday, May 19, 6:55 p.m.): Colorado released the draft guidelines on Tuesday afternoon. Click here to read more about them. Click here to give feedback.

DENVER – Colorado is expected to release draft guidance for how restaurants can begin to safely reopen Monday or Tuesday, and cities are being advised to start looking at opening up sidewalks and streets to allow people to eat at restaurants this summer in a socially-distanced manner, Gov. Jared Polis said Monday.

The initial draft guidance will be released so restaurant owners, cities and municipalities can provide feedback to the state over the next few days before the governor releases final guidance on May 25 so long as the infection data shows it is safe for them to reopen in some capacity.

Polis said Monday that having the draft guidance out early will give cities and municipalities time to decide what will work best for restaurants there, but he urged them to start looking at and discussing plans to use city streets and sidewalks, and the patios and parking lots of restaurants, to allow for spaced-out seating outside of an indoor environment.

Gov. Polis announces all symptomatic Coloradans can get COVID-19 test

Polis said that having the extra capacity outside will be safer than having people sit inside, where air and the virus circulate more easily, and would allow for restaurants to have what would be close to – or more than – the capacity they could have served indoors only.

He said the state was going to “waive every rule and regulation we can” to facilitate the reopening of restaurants – which have been among the economic sectors hardest-hit by stay-at-home and safer-at-home measures in Colorado and across the country.

That would include allowing cities and municipalities to let restaurants serve beer and wine on the streets, Polis said. He said that the sunny and warm weather Colorado generally sees through the summer months would make outdoor seating a good option for restaurants.

Denver restaurateurs have been discussing similar plans for several weeks, and a group of owners sent a letter to Mayor Michael Hancock earlier this month seeking more outdoor seating arrangements to be able to reopen.

The Colorado Restaurant Association has also been calling for similar measures and praised the city of Denver’s move Monday to launch a website at which eligible businesses can submit a proposal for expanded outdoor seating.

“Expanding outdoor seating will give more guests the opportunity to enjoy their favorite eating and drinking establishments in a safe way and support these businesses that are so vital to our neighborhoods. We are thrilled that Denver leaders have moved quickly to launch this effort, and we hope it can become a successful model for restaurants and bars across the state,” Colorado Restaurants Association President and CEO Sonia Riggs said Monday.

The city said that the eligible business’s plans should include accommodations for safety, mobility and emergency access. Restaurants, bars, cafes, coffee shops, taverns, brewpubs, breweries, microbreweries, distilleries, wineries, tasting rooms and other places that offer food or alcohol consumption would be eligible.

The city said it is opening its application process now in order to begin the review of expansion requests before the state’s rules are finalized.

Once a proposal is approved, the city says the outdoor seating program would be available through Sept. 7 – when the city might evaluate a “potential extension of the program,” the city said in a news release.

Denver, along with the CRA and EatDenver, will hold a virtual information session on the program Tuesday from 1 to 2 p.m., which restaurateurs and bar owners can sign up to attend by clicking here.

“Business owners need time to prepare for re-opening, and we want to set them up for success as soon as dine-in becomes permissible again,” Hancock said in a statement. “We also want to ensure it’s safe for employees and customers to return to these businesses when that time comes.”