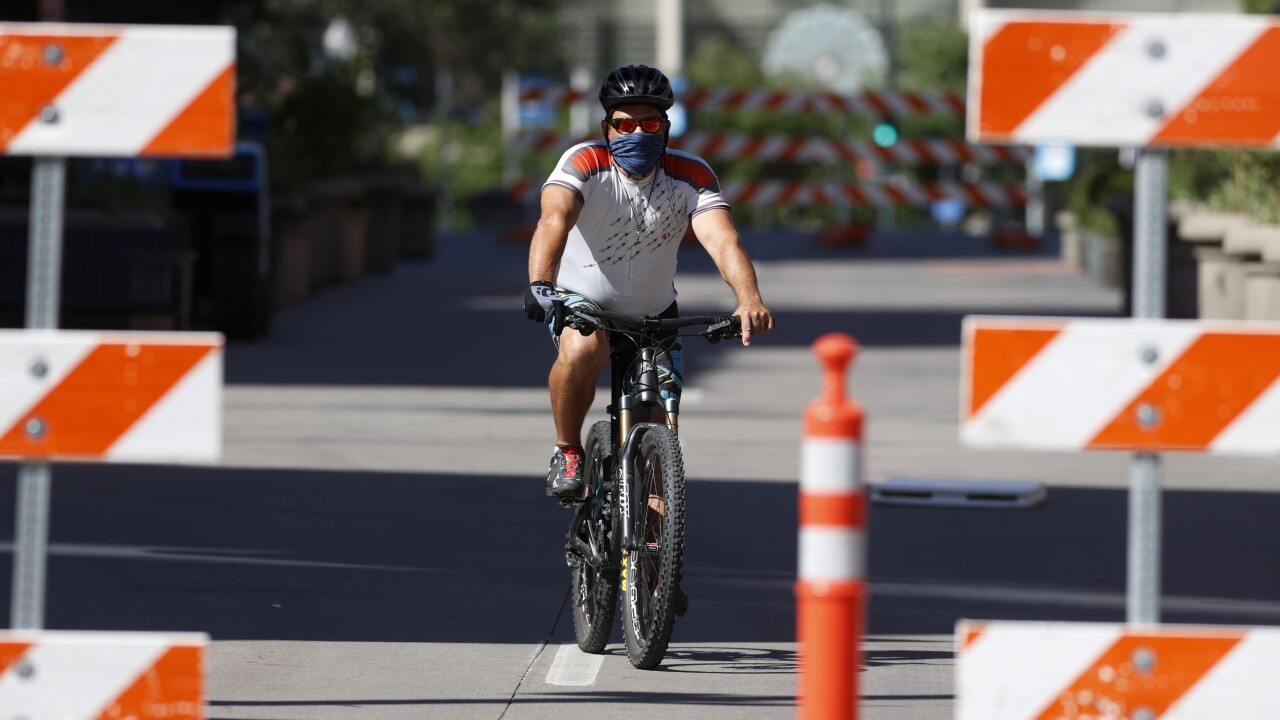 (Copyright 2020 The Associated Press. All rights reserved. This material may not be published, broadcast, rewritten or redistributed.)
David Zalubowski/AP
A bicyclist wears a face mask while negotiating signs used to cordon off a block of Larimer Street from thru-traffic so at least a dozen restaurants can expand service to the street because of the new coronavirus, Thursday, June 18, 2020, in downtown Denver. The city has also blocked off a part of Glenarm Place to permit restaurants to offer service outside their physical location during the summer season. (AP Photo/David Zalubowski) 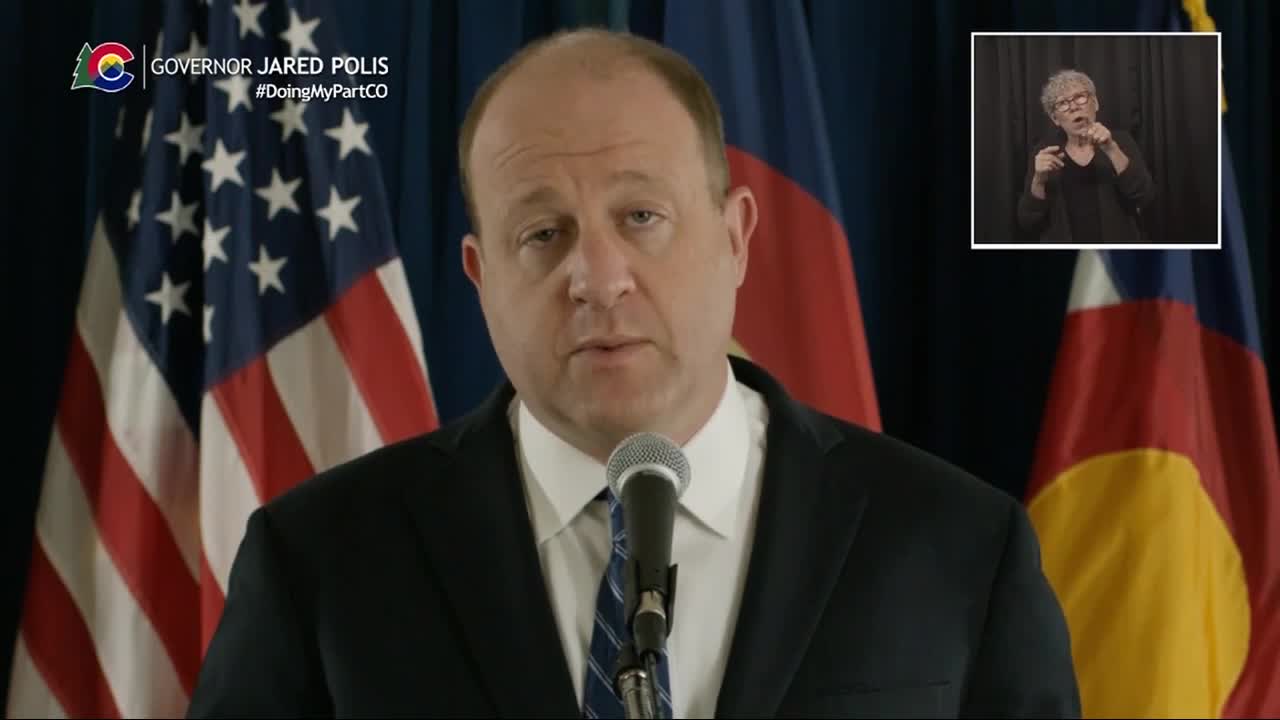 DENVER – Colorado’s state epidemiologist said Friday that officials here are “feeling pretty excited” about where the state sits in terms of coronavirus suppression and case counts but are being very cautious as they watch several neighboring states see sharp spikes in case counts.

While there are delays in when cases are reported, and other lagging factors involving hospitalizations and deaths, Gov. Jared Polis said Thursday that 12 of the last 14 days saw downward trends on case counts in Colorado.

And Friday’s data release showed 286 new cases reported – including some that were backdated – out of 5,869 new tests that were reported. The state reported five new deaths among cases and 12 deaths due to COVID-19 on Friday.

But that stands in stark contrast to neighboring Arizona, which reported its largest-ever number of new cases in a 24-hour period Friday, with 3,246 new cases. That came after the state reported 2,519 new cases, which stood as a record for one day.

But other western states and those neighboring Colorado are seeing similar patterns. Case counts are on the rise in California, Kansas, Oklahoma, Oregon, Idaho, Wyoming and Montana.

“I think this is the fear we all have every time we see the numbers,” said Elizabeth Carlton, with the Colorado School of Public Health, in an interview earlier this week. “This is fantastic that the numbers are going down, but the risk has not gone away, and our fear is that at some point the numbers will turn."

Carlton said she believes that the hard hit the state took from the virus early on may have led to more abundance in mask wearing and caution in Colorado, as well as the many people who experienced friends or family being infected.

Colorado has seen a slight uptick in its positivity rate over the past couple of days from when it bottomed out on June 15 at a rate of 2.3% positivity among those tested. The number as of Thursday sat at 3.31% – still a far cry from April when testing was far more scarce.

Colorado Department of Public Health and Environment State Epidemiologist Dr. Rachel Herlihy said Friday that officials were still trying to work out what is causing the spikes in neighboring states that have not been seen in Colorado so far to the same extent.

“We know through the experience of those states that it is really dependent on human behavior to suppress transmission,” Herlihy said.

She also posited that mask-wearing and Coloradans maintaining proper social distancing levels in Colorado have been other key factors in slowing the virus’ spread.

“Most of what is continuing to drive the low numbers of transmission comes back to human choices, and individual choices and behaviors,” she said. “We’re proud of Colorado so far.”

Herlihy said she is in regular contact with epidemiologists in other states, including those that neighbor Colorado, and that they are having continuing conversations to share best practices and understand what is happening on the ground in other states.

But she stressed that officials were still being extremely cautious in monitoring case levels and hospitalizations as more restrictions begin to be relaxed surrounding larger gatherings, bars and travel.

Polis on Coloradans' fight against COVID-19: "This is crunch time, folks."

Polis was similarly cautious on Thursday, when he said it was imperative for mask-wearing to become a norm for people in public and for continued social distancing at all times to keep Colorado’s progress from being reversed. He also signed an extension of an executive order allowing for the operation of alternate care sites built up in the event of a hospital overload that have so far not had to have been used in most cases.

Polis and Herlihy said that local public health agencies are doing their best to prevent outbreaks from happening and tracking and tracing positive cases, like the new outbreak in Boulder County that stemmed, officials say, from large college parties.

Polis used baseball metaphors to describe where he believes the state is at in terms of COVID-19 – saying the state was up a run, but the virus had the bases loaded and could easily retake the lead. He, like Herlihy said Friday, said that whether or not Colorado can keep the virus suppressed is a function of Coloradans’ behaviors in lieu of any cure or vaccine, which are not expected for months, if not years.

“This is crunch time, folks,” Polis said. “…We need to double down on what’s working.”