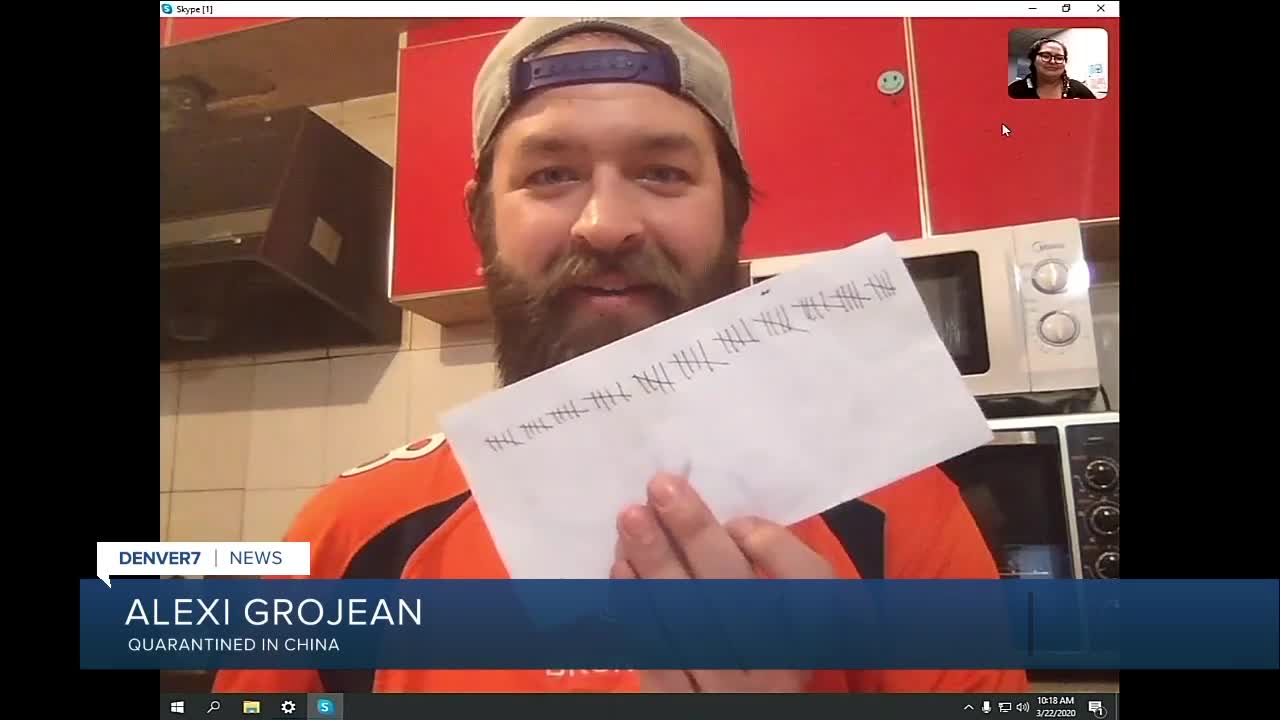 DENVER — Just over a year ago, Colorado resident Alexi Grojean decided to make a career change and moved to China to become an English teacher.

Gorjean says he's been living under quarantine in the province of Wuhan for nearly two months in the wake of the COVID-19 outbreak.

"According to this tally mark sheet here that I have, I have been in quarantine for 55, going on 56 days. Just as everyone in America and probably the rest of the world knows by now, the thing that I knew 55 days ago, is that it happens so fast. By the time you’re in the middle of it, your head is spinning because you’re like, 'How did this happen?'" he said.

Grojean says in Wuhan, everyone was quarantined — not only those who were sick.

"We had little punch cards that allowed us to leave and if — let's say we left on the 2nd, we had a punch card that had 1-31 and they would mark off No. 2, meaning you left on the 2nd. And when you came back into the apartment, you could not leave for the rest of the day, you couldn’t leave on the 3rd, 4th. And then on the 5th is the day that you could leave the apartment again to go to the drug store, or the grocery store, because those were the only two things that were open" he said.

After almost 60 days in quarantine, he’s beginning to see parts of the city come back to life and hopes people in Colorado also take the coronavirus seriously so that he can come back home.