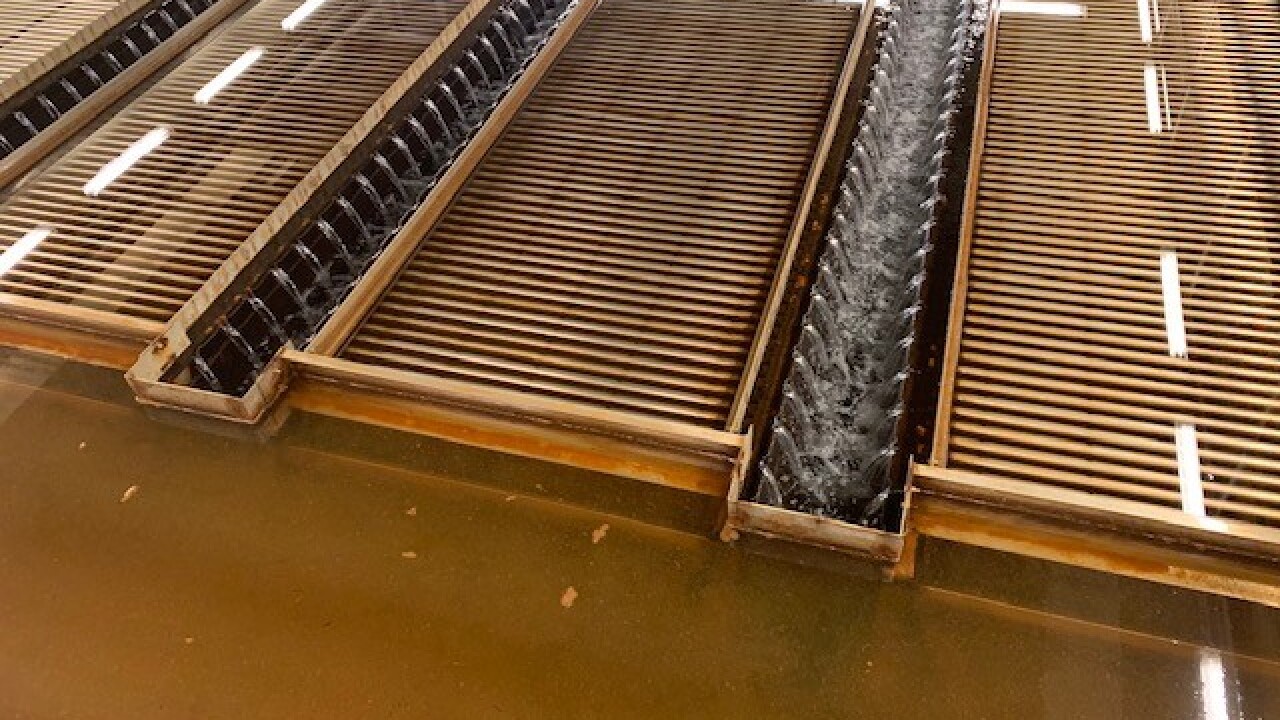 DENVER – Colorado health officials and scientists will be expanding their pilot program to test wastewater and fecal matter for early detections of the novel coronavirus as another tool to try to identify outbreaks early.

Earlier this spring, a wastewater testing pilot was done in Gunnison County and in two Front Range wastewater districts with Massachusetts-based Biobot to try to find the coronavirus in sewage and see whether scientists could use that data as a tool to identify outbreaks in various communities.

On Wednesday, officials with the Colorado Department of Public Health and Environment, Colorado State University, Metro State University and Metro Wastewater elaborated on the new and expanded year-long pilot program to test wastewater across the Front Range for viral loads – a program first reported last month by The Colorado Sun.

Sixteen Front Range wastewater utilities spanning from Fort Collins down to Pueblo will participate in the initial phase of the program. They will collect samples from 18 different wastewater facility catch points among the 16 utilities twice a week, as part of routine sampling, and send the samples to CSU for processing and testing.

GT Molecular is also a partner in the testing, as is Metropolitan State University in Denver, which is also working to stand up a testing lab of its own, officials said Wednesday.

The samples would be sent quickly – within hours – to minimize the time between when they are collected and results become available, said Jim McQuarrie, the Director of Strategy and Innovation at the Metro Wastewater Reclamation District.

Once the samples are received at the labs, scientists will filter the samples to remove solids, then using a concentrating pipette to capture viral particles off a filter, from which they will extract the RNA of a virus. That RNA would then be converted to DNA, said Dr. Susan De Long, an associate professor of Civil and Environmental Engineering at CSU, after which they will copy the virus and use a droplet chain reaction instrument to quantify the levels of the virus found in the wastewater.

With the 16 Front Range wastewater utilities participating in the first phase, officials say they expect to capture wastewater data from about 60% to 65% of Colorado’s population – which they said would be yet another tool they have to try to quantify where the virus is in the state and which areas are seeing outbreaks.

The CDPHE’s Environmental Programs Director John Putnam said that such data could provide scientists, epidemiologists and officials with a four-to-seven-day advanced notice of where COVID-19 is in a community even if those people do not have symptoms or know they have the virus.

“Unlike regular testing, which generally happens after people have symptoms, but knowing symptoms may not be seen for days or a couple weeks, virus starts shedding through people’s fecal matter within a couple of days of them being infected and before they become symptomatic,” Putnam said, adding that an early warning system would give state and local officials extra time to respond to a likely outbreak.

McQuarrie said that while the data would not show exactly how many people are carrying the virus in a certain wastewater district, the strength of the RNA signal from the virus, combined with other factors, could give researchers signs of how prevalent the virus is in a given community.

The CDPHE’s Respiratory Disease and COVID Surveillance Program Manager Nisha Alden said public health officials would be able to use the wastewater data in addition to other data to make decisions about where to shift resources, where more testing might be needed, and signal whether any distancing requirements needed to be strengthened or could be relaxed.

“We see this as something we’d want to add to the data we already have and use it as one more tool to make the best public health decisions,” Alden said.

It will take several months for the teams to collect enough data to make sense of it and to establish trends, said Nicole Rowan, the Clean Water Program Manager for the CDPHE.

Officials said they hoped to be able to use some of the samples collected earlier this year to build a dataset with the new data coming in with the new program to determine trends and factor for other unknowns, like groundwater seepage into wastewater lines, dilution, and the length wastewater travels from residences or businesses to the collection point – which will vary depending on the wastewater district.

They will also have to determine the margin of error and confidence levels in the data before it is published. But they said they hope to have a public dashboard set up in the future, as do some other states and cities, like Utah and Tempe, Arizona.

Each wastewater utility will collect samples on their own and ensure delivery to the respective labs.

The officials said they hope to bring on more wastewater utilities in coming months and hope to expand the number of collection points within the utilities that are already on board so they can further drill down to specific neighborhoods and cities within a given system to analyze COVID-19 data there.

The data will be cross-referenced with existing data on cases and outbreaks in a specific area to try to glean more information about the prevalence of the virus – even, possibly, down to specific buildings, officials said. Officials will also have to figure out how much viral signal there is in the wastewater relative to the amount of human waste.

CSU has already started taking in samples, and the agreements with the utilities and MSU Denver are in place, they said. But it may be at least several months before we have meaningful data,” Rowan said.

McQuarrie said the initial cost of the pilot program will be about $520,000 but said having another science-based early warning tool would be a key benefit to the state. Arapahoe County said in recent weeks that its wastewater utilities would be participating and that the GT Molecular tests are just a fraction of the cost of the Biobot tests and that the turnaround time would be greatly improved.

McQuarrie said having the labs based locally would be more cost- and time-efficient for researchers here.

MSU Denver said that Biobot shared their protocols so others could continue the type of testing, leading to the new program in Colorado.

“The whole goal is developing a system of early warnings,” MSU Denver’s Tracy Fielder, who is an associate researcher on the project, said in a statement posted to the university’s website about the program. “If the detected (COVID-19) signal starts to rise, we can respond by alerting officials to respond accordingly.”