Colorado Convention Center to transform into hospital to treat up 2,000 patients 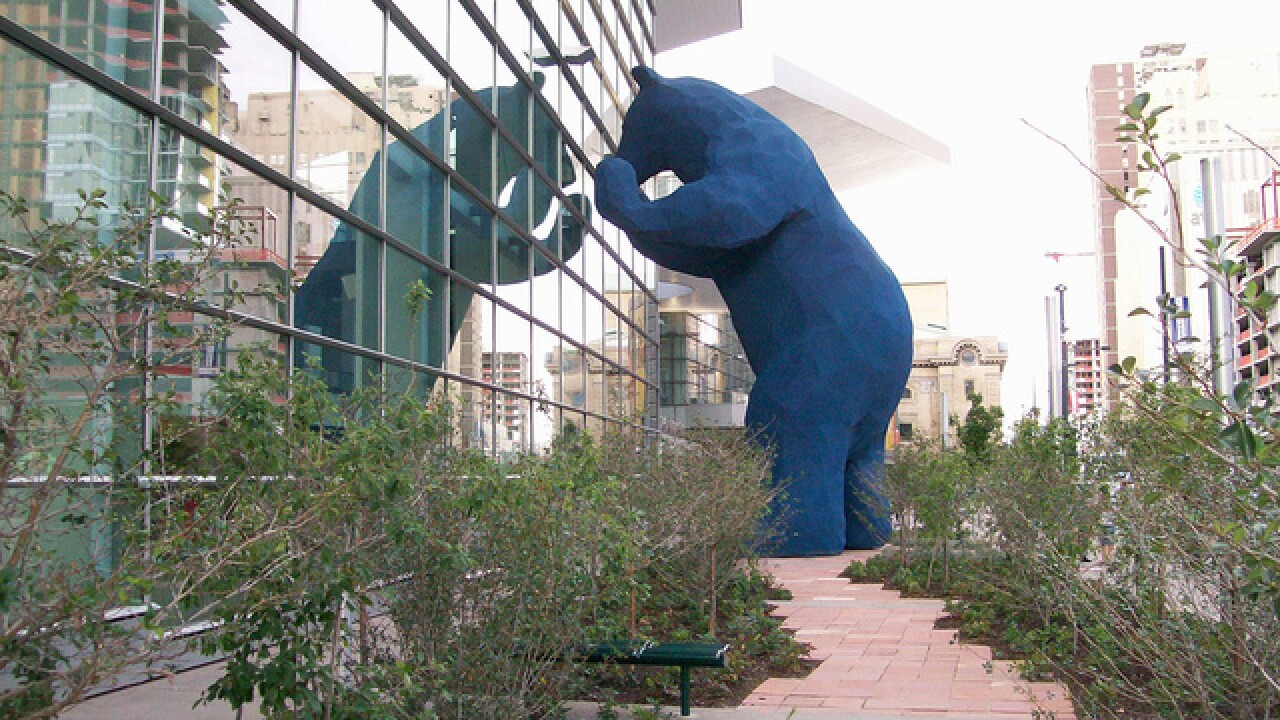 Copyright 2017 Scripps Media, Inc. All rights reserved. This material may not be published, broadcast, rewritten, or redistributed.
<p>The Colorado Convention Center's "Blue Bear" is another piece of art that has bewildered Denverites. The original name of the sculpture is "I See What You Mean," and it was the creation of local artists Lawrence Argent. It was installed in 2005. (Photo courtesy: Nick Catalno, Flickr)</p>

DENVER — As the COVID-19 outbreak threatens to overwhelm Colorado’s medical capacity, the state is looking for extra space to accommodate the surge of patients.

One of those spaces has been secured. The Colorado Convention Center in downtown Denver will be converted into a hospital that will accommodate up to 2,000 patients.

The Colorado Department of Personnel & Administration sent a letter of intent to Denver Mayor Michael Hancock Monday to lease the 2.2 million square feet facility through June 30, with an option to extend the lease.

The U.S. Army Corps of Engineers will begin converting the convention center into a Tier-3 hospital once the lease is signed, which could be as early as Monday. The state will pay Denver $30 per patient, per day, according to the letter.

Tier 3 facilities would house “subacute patients,” CDPHE COVID-19 Incident Commander Scott Bookman said – people needing once-daily monitoring by a doctor and twice-daily monitoring by a registered nurse and, in some cases, respiratory therapists. Bookman said the state was looking at turning larger facilities – including arenas, convention centers, and stadiums – for these Tier 3 facilities, which are similar to the ones New York City has set up in Central Park in recent days.

Meanwhile, Mayor Hancock wrote an open letter to Denver hotel owners and operators, asking for an additional 3,300 rooms to house the anticipated need from homeless individuals and local hospitals. The city is seeking the assistance from the National Guard with help expanding and staffing homeless shelters in the city.

It’s not clear when the conversion will begin or when the facility will be ready to start admitting patients. However, the Colorado Department of Public Health and Environment stated earlier Monday that their goal is to have these types of expanded medical facilities ready by April 18.