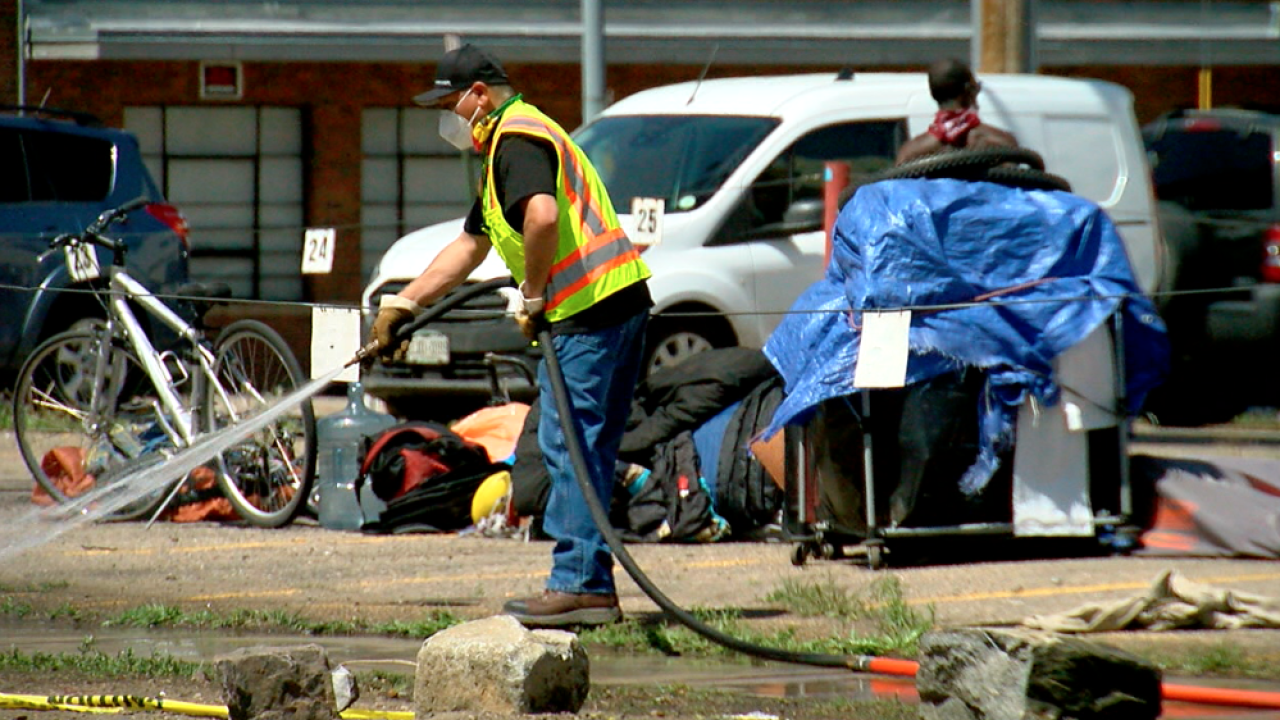 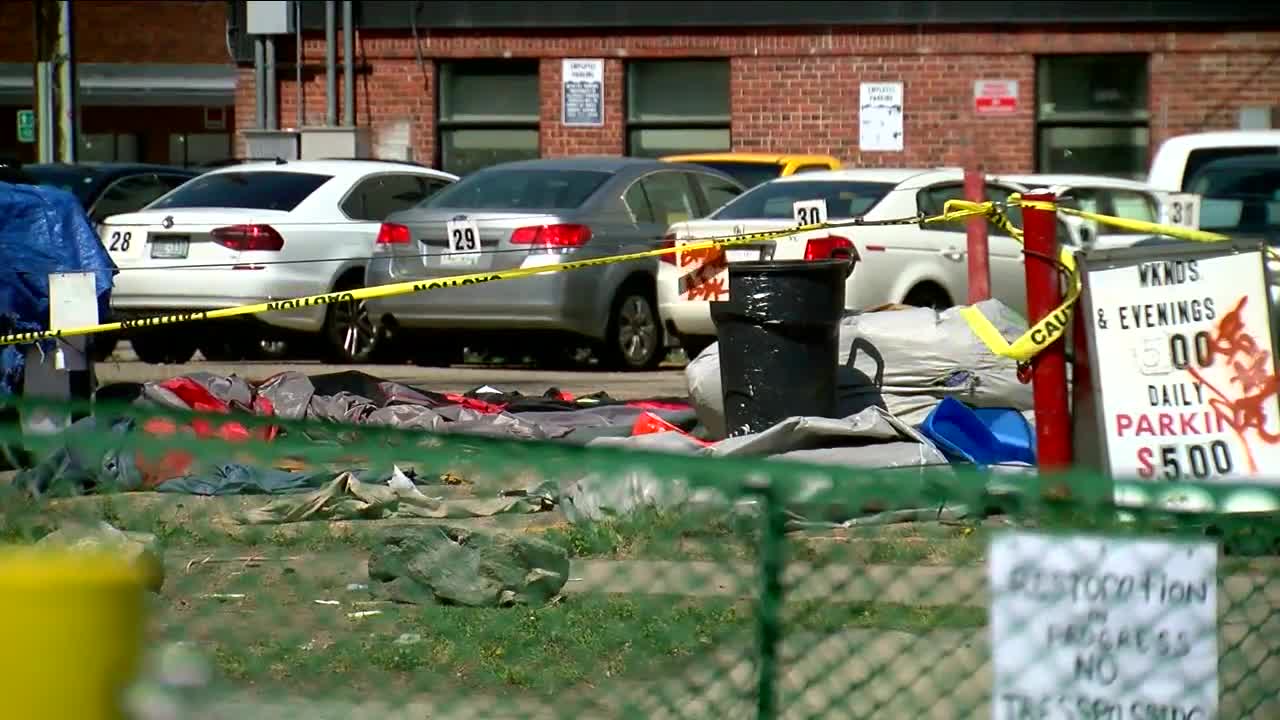 DENVER — The trash trucks and power washers were out Thursday morning, as city crews worked to clean along Welton and California streets downtown, the site of several homeless encampments. Hours later, the tents that had been moved away were allowed to be set back up, partially because of the coronavirus.

“Everyone living in a tent was forced to move,” Terese Howard of Denver Homeless Out Loud told Denver7.

Denver7 cameras were rolling as tents came down, and belongings were moved from the grassy area along California Street near 21st into a nearby parking lot. Crews from the Department of Public Works picked up trash, and eventually power washed the sidewalk.

But in a change from prior so-called "sweeps," the people that pitched tents there were allowed to move back after city crews had left.

“This is significantly better than most sweeps where the question is, move along to where, as you’re swept and scattered with nowhere to go,” Howard said.

A spokesperson for Denver DPW confirmed to Denver7 that the reason that is being allowed was because of COVID-19.

“People experiencing homelessness may return to the cleaned area, if they choose to do so,” that spokesperson’s email read in part. She added that if conditions continued to deteriorate, the city could take additional steps to mitigate any potential health risk.

CDC guidelines regarding COVID-19 and the homeless states that encampments should not be cleared, unless individual housing is available, because doing so could “cause people to disperse throughout the community and break connections with service providers,” which could increase the risk of spreading the virus.

“It’s worse to scatter to other areas,” Howard said. “It’s better for people to say stable at one location.”

But three residents who live in a nearby apartment building expressed concerns nonetheless.

“It’s not just a blight, it’s a blatant health and safety hazard,” one said.

The cleaning, coupled with allowing a return to the same encampment site, didn’t sit well with this renter, who asked to remain anonymous.

“They have cleaned up Welton which is great. It’s a four hour solution. We’re cleaning up their rooms so they can come back to a cleaner place,” he said. “This is not a solution that works for anyone and we’re fed up.”

Several living in the encampment expressed concern that bleach was being used to clean and sanitize the sidewalks, next to areas where they were living. The city responded to that claim saying they used a heavily diluted mixture of bleach and water (only about a gallon of bleach diluted in multiple gallons of water per block), in an outdoor environment with plenty of ventilation, and that excess was vacuumed up by crews before they left.

The city did notify those that were living in the encampments that the cleaning was coming by posting fliers. It’s unclear how much longer the city will continue to clean areas and allow tents to return, but given the guidance from the CDC, it’s likely going to be into the foreseeable future.