CDC director suggests coronavirus could be worse in the fall 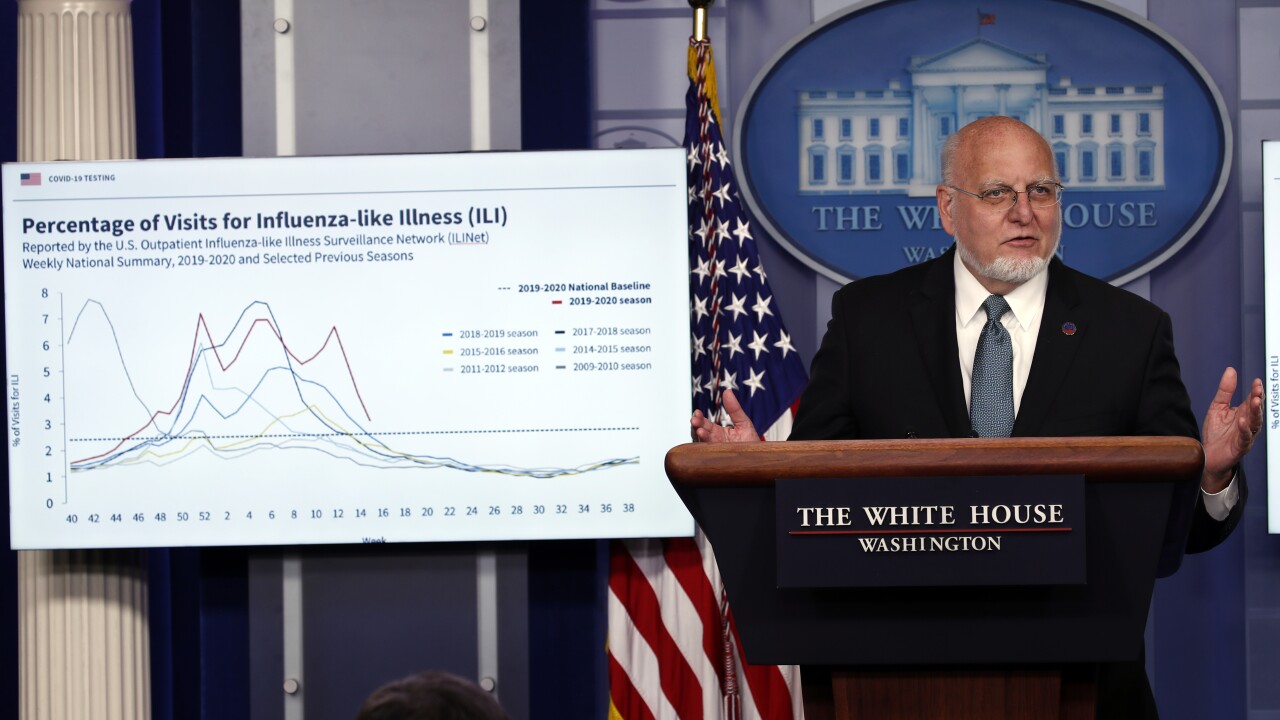 Copyright 2020 The Associated Press. All rights reserved.
Alex Brandon/AP
Dr. Robert Redfield, director of the Centers for Disease Control and Prevention, speaks about the coronavirus in the James Brady Press Briefing Room of the White House, Friday, April 17, 2020, in Washington. (AP Photo/Alex Brandon)

Dr. Robert Redfield, the director of the CDC, told the Washington Post that a possible resurgence of the coronavirus timed with the annual rise of the flu could result in an even worse peak at the end of the year.

“There’s a possibility that the assault of the virus on our nation next winter will actually be even more difficult than the one we just went through,” Dr. Redfield told the Washington Post. “And when I’ve said this to others, they kind of put their head back, they don’t understand what I mean.”

With the first wave of coronavirus cases peaking in April, the virus hit after flu cases began to die down. This allowed many hospitals to remain below capacity to handle the influx of coronavirus patients. The same luxury might not be true if the next wave of the virus coincides with the spread of the flu.

Dr. Deborah Birx, who is coordinating the White House’s response to the virus, wouldn’t go as far to say a second wave of the virus would be worse than the current wave.

“I don't know if it will be worse. I think this has been pretty bad,” Dr. Birx said. “When you see what has happened in New York, that was very bad. I believe that we'll have early warning signals both from our surveillance that we have been talking about, in the vulnerable populations.”

Dr. Birx said that a potential second wave of the virus is why the United States is continuing building ventilators even though there are enough ventilators to handle the current surge after much wrangling between state health officials and the White House.

Although the current wave of coronavirus has killed more than 44,000 Americans, there is unease that the virus could be a repeat of the 1918 flu pandemic, which saw a second wave that was much deadlier than the first.

While testing and hospital capacity is expected to increase in the coming months, two important factors remain unknown: When will a vaccine be ready and when will there be an effective treatment?

Until then, monitoring hot spots and contact tracing will become a key over the next few months to keep the spread of the virus minimal as Americans return to work.