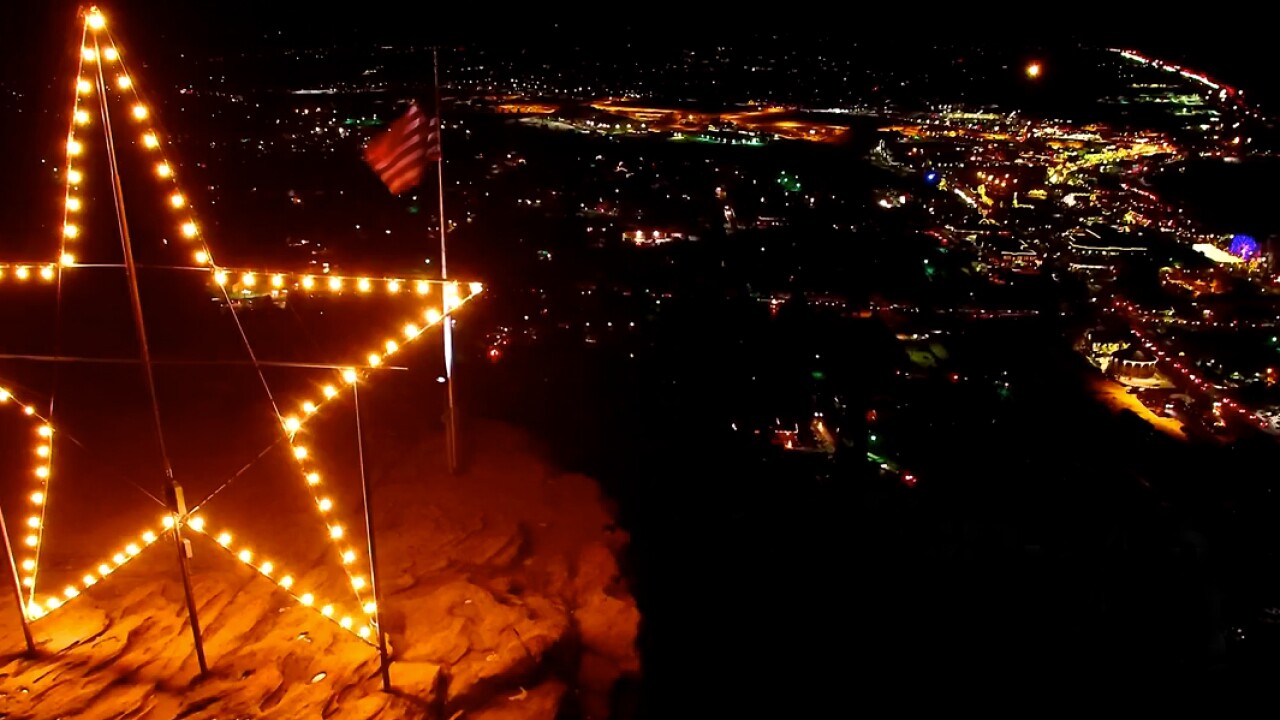 CASTLE ROCK, Colo. – Originally constructed in 1936 to remind Castle Rock residents that there was still hope in the world in the midst of the Great Depression, the Star atop the Rock was again lit Monday night as the novel coronavirus continues to spread across the state.

The Star was lit by Castle Rock Fire and Rescue firefighters and long-time volunteers, also known as The Keepers of the Star.

“When times get hard in Castle Rock, the community comes together,” said Mayor Jason Gray. “We will get through this, and my wish is that everyone who sees The Star will ask themselves what they can do in the community to help those who need support.”

As of 4 p.m. Tuesday, Colorado had reported over 900 positive cases of COVID-19 and 11 deaths related to the new virus. Government and health officials have previously said they believe there are many more cases around the state.

The Star is typically lit each year from the Saturday before Thanksgiving through the National Western Stock Show, according to a news release from the city. Outside the holiday season, it has been lit several times for special occasions, they said.

Town Council consent is required to light The Star at times other than the holiday season.

On March 17, the Castle Rock Town Council unanimously voted to light the Star to not only offer hope during the outbreak, but “as a reminder that Castle Rock is a strong and united community that will persevere.”