Aurora gives away 1,000 food boxes in less than an hour at weekly mobile food pantry 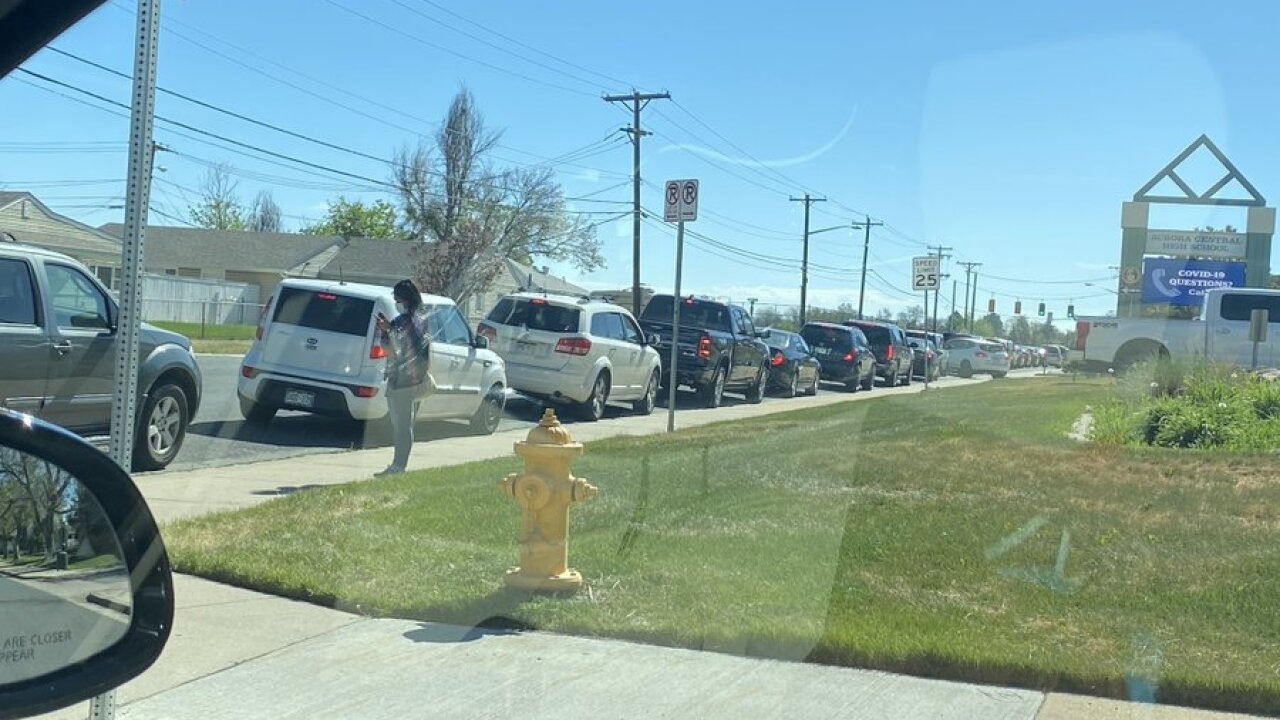 Copyright 2020 Scripps Media, Inc. All rights reserved. This material may not be published, broadcast, rewritten, or redistributed.
Denver7
Dozens of cars lined up at the Aurora mobile food pantry Wednesday, May 20. The 1,000 boxes of food for families were handed out within an hour. 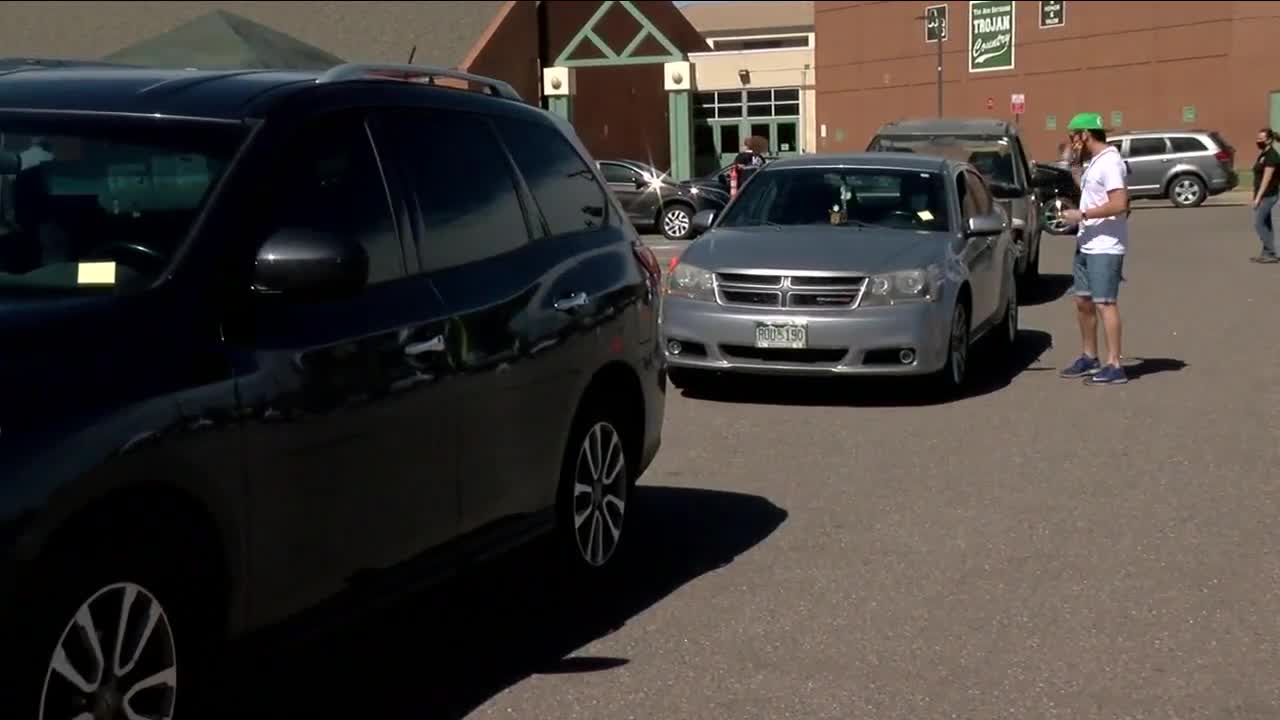 The city of Aurora, Food Bank of the Rockies and Aurora Interfaith Community Services on Wednesday morning held the first of several mobile food distributions planned for the summer.

Dozens of cars lined up for 20 blocks near Aurora Central High School, illustrating the effect the economic crisis brought on by the COVID-19 pandemic has had on families.

"When we arrived this morning a little after 7 a.m. to start setting up the barricades, people were already lining up," said Claudine McDonald, a spokesperson for the city of Aurora.

The food distribution was set to begin at 10 a.m., but because of the long lines, organizers began loading boxes and bags of food into cars at 9:30. Within one hour, all 1,000 boxes of food had been given away.

"Seeing the need across the country, it’s not that surprising," said McDonald.

Families with children were among those hoping to receive a food box, which provides enough food for about nine meals. Aurora Mayor Mike Coffman arrived Wednesday and began working with organizers to plan a city-wide food drive. McDonald said they hope to give away 3,000 boxes at future events.

The mobile food pantry plans to distribute food at different locations every Wednesday morning through August 26. You must bring proof of Aurora residency to receive food.