As George Floyd demonstrators march for change in Denver, concerns grow about COVID-19 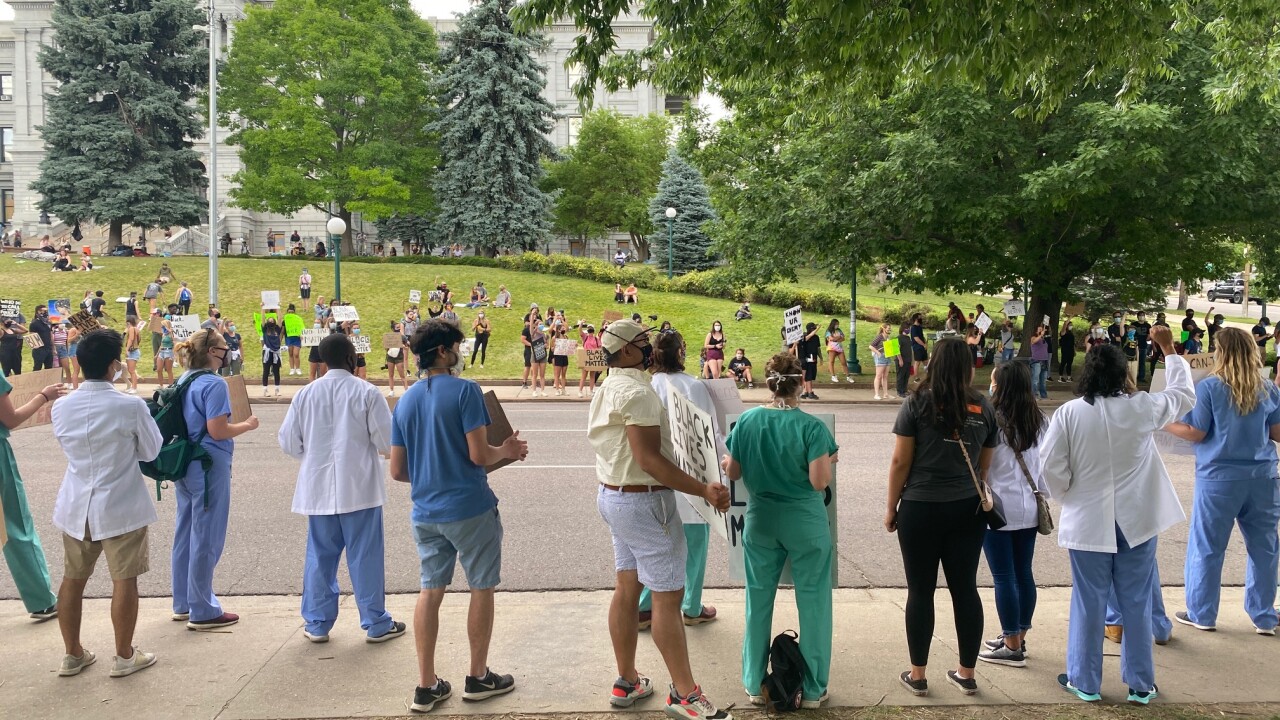 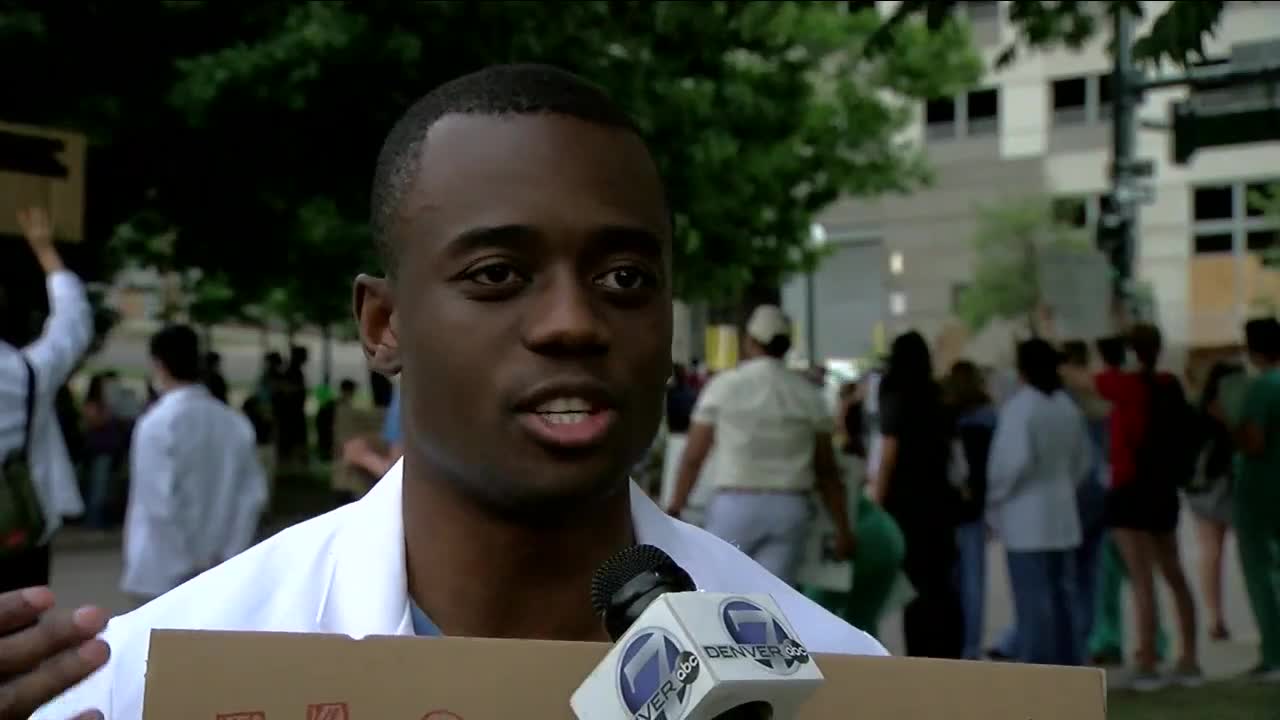 DENVER -- In the shadow of the Colorado State Capitol building, Makenzie Acosta Parker passes out supplies to keep demonstrators healthy and fed. Like previous protests she has volunteered at, she serves food because “my love is just to feed people.” On the 80-degree day, she is also sharing sunscreen and water bottles. But, this protest requires some extra supplies.

Injustice does not have a schedule, but if it did, the death of George Floyd could be considered sinister timing. The backlash against Minneapolis police and its use of force policies comes amid a global pandemic. Demonstrators, seeing their message gaining traction, say standing up is as important as standing six feet apart.

“It is just as much of a crisis as the coronavirus is,” says Candace Cephers, a medical student at the University of Colorado Anschutz who attended a small rally with classmates at the State Capitol on Monday. “Racism directly leads to worse health outcomes for people of color.”

But just as sinister as the timing is the insidious method that coronavirus travels from person to person, often spreading through carriers who don’t know they have the disease. Some demonstrations with thousands of people left little room for social distancing.

The Pepsi Center in Denver is offering free testing for anyone who signs up online. Mayor Hancock, earlier this month, encouraged all protesters to participate in a tweet saying “we are still in the middle of a pandemic and we want to protect our resident’s health.”

The concern by state officials is that relaxed health regulations along with the sudden gathering of people could lead to another COVID-19 spike. Colorado health experts in charge say that if social distancing drops below 45%, we could see another wave as early as mid-summer.

Although Colorado has not seen an increase in cases yet, the incubation period for the disease falls between 10 and 14 days. Nearly 24 states across the country have begun to show signs of increased spread.

“If you went out there and you protested, just assume right now that you did get exposed,” explained Hill. “And if you did then there are avenues for free testing. A free test is a great way to go.”

For the medical students demonstrating in front of the Capitol, the health crisis is much deeper than the virus.

“It is most certainly a public health crisis. As we see in the medical industry, racism directly leads to worse health outcomes for people of color,” said Jeremy Ansah-Twum, a medical student leading his classmates in chants. “As medical professionals, we want to see equality in the healthcare system as well and in all aspects of life.”