Women say breast implants have made them sick 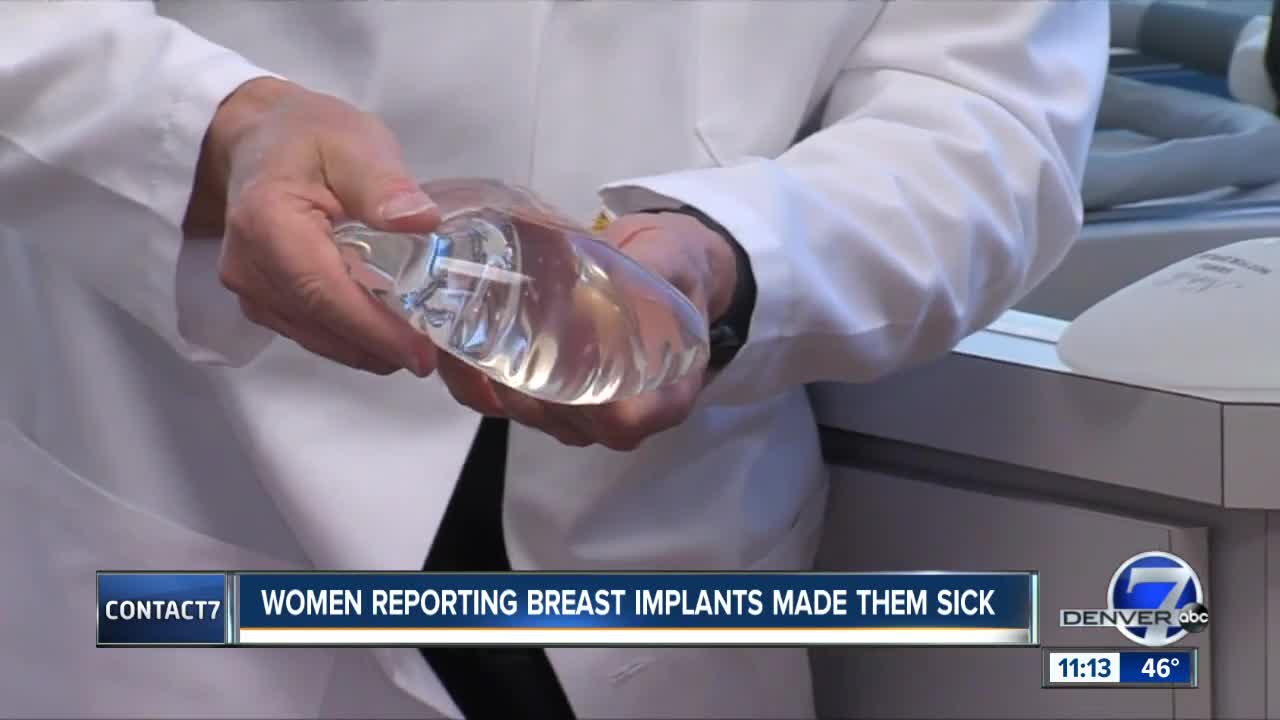 Eleven years ago, Heidi Trujillo did something millions of other women have done: She got breast implants.

AURORA, Colo. — Eleven years ago, Heidi Trujillo of Aurora did something millions of other women have done: She got breast implants.

"I was working for a professional athlete, and I was kind of in a world where there was pressure to look a certain way," she said. "So, I went for it, and everything was great."

But over time she began to have health problems. It started with neck and back pain, and spread throughout her body.

"The symptoms are endless: I get rashes on my face that pop up periodically, I get numbness and tingling in my arms and legs," she said.

Heidi said she used to be very active, but now feels tired and sick so often that it has started to affect her personal and professional life. As a lash artist, she can't do her work when her hands are shaking.

Trujillo is one of thousands of women reporting a range of symptoms they refer to as "breast implant illness." The Food and Drug Administration does not recognize the illness as a risk associated with breast implants. But in March, the agency held a two-day conference with plastic surgeons, implant makers, and women who say breast implants made them sick.

One West Palm Beach surgeon told Scripps affiliate WPTV for the first time in his career, more patients are coming in to have breast implants removed, rather than put in.

"If they tell me their implants are causing them harm, my job is to remove those implants," Dr. Frederic Barr told WPTV.

This month the FDA released a statement on its decision not to ban a certain type of breast implant that has been linked to cancer. In its statement, the FDA also acknowledged women who believe breast implants have caused other illnesses.

"We heard from patients concerned that their implants may be connected to health conditions involving their immune system’s response to these devices, resulting in a variety of symptoms like chronic fatigue, cognitive issues, joint and muscle pain," the statement reads. "While the FDA doesn’t have definitive evidence demonstrating breast implants cause these symptoms, the current evidence supports that some women experience systemic symptoms that may resolve when their breast implants are removed, referred to by some patients and health care professionals as breast implant illness. We believe women considering a breast implant should be aware of these risks."

Trujillo said she wants women to have all the information available to them before making the decision to get breast implants.

"That’s about all I can do is give a warning and point them in a direction to educate themselves," she said.

Women with breast implants can visit the National Breast Implant Registry for more information and to help the FDA collect information.