'We are drowning in dogs': Insiders detail 'heartbreaking' conditions at Colorado animal shelter 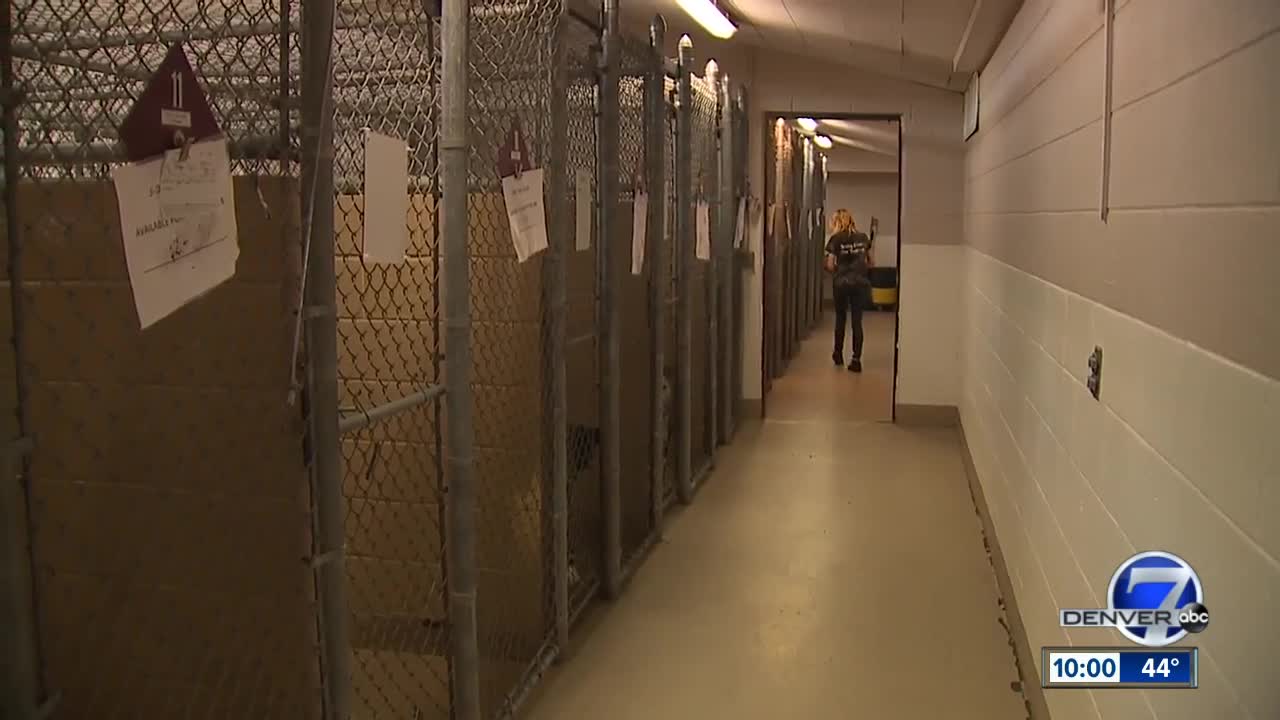 More than a half-dozen insiders, including former employees and current and former volunteers, have raised serious accusations about a Colorado animal shelter outside of Colorado Springs in Canon City. 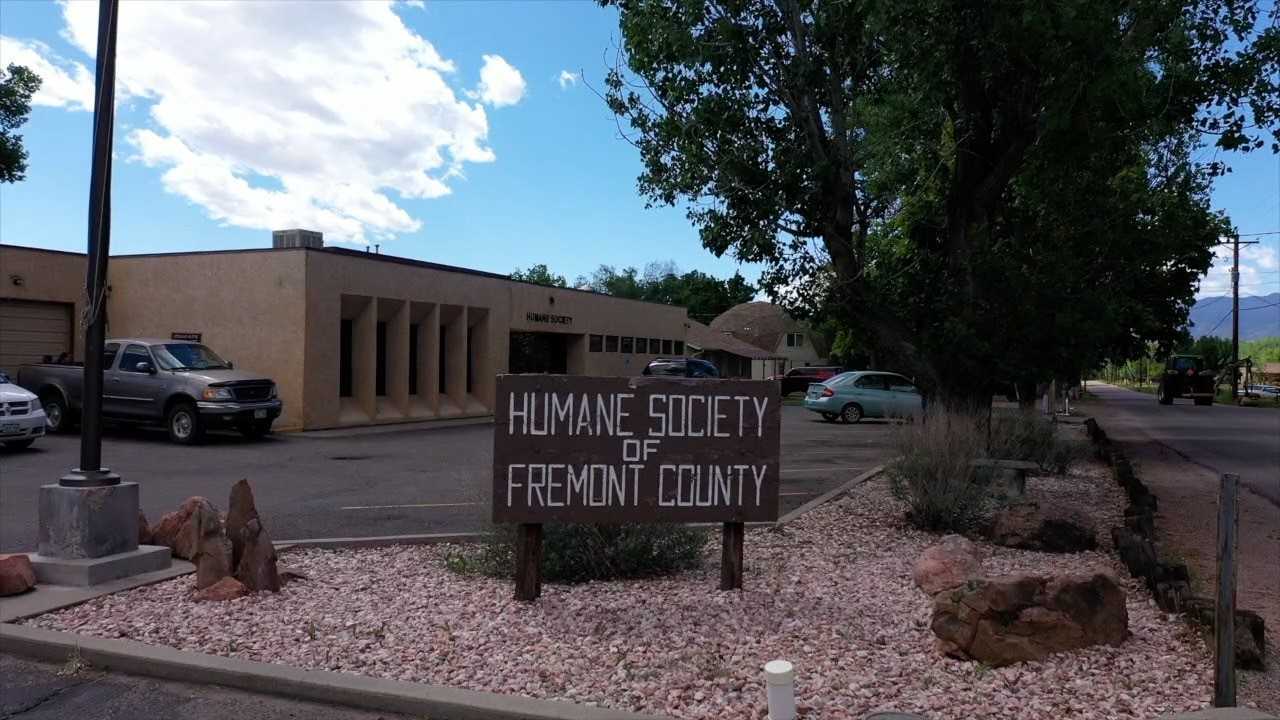 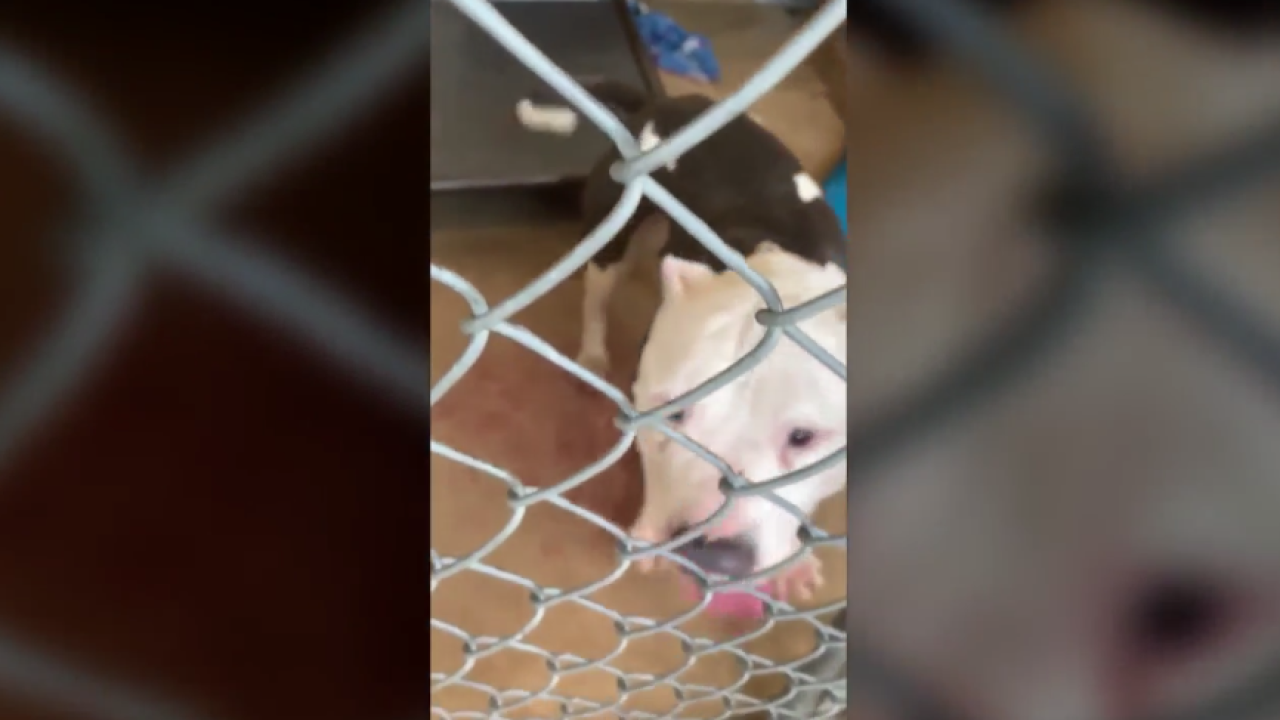 CANON CITY, Colo. – More than a half-dozen insiders, including former employees and current and former volunteers, have raised serious accusations about a Colorado animal shelter outside of Colorado Springs in Canon City. The accusations against the Humane Society of Fremont County included: warehousing dogs that creates unnecessary suffering, using expired euthanizing medications, allowing dogs with bite histories to go to a home with a child and poorly managing dogs that go crazy from prolonged stays in a caged environment.

“We are drowning in dogs that shouldn’t be in kennels, that are suffering, that are going crazy," volunteer Kathy McGregor said. “We are not allowed to tell anybody about it.”

McGregor said volunteers and employees have been told to keep the conditions inside the Canon City shelter a secret.

“When this many people come forward, I think it speaks to the truth of what’s going on," said Molly Obert, a former volunteer who alerted the facility’s board more than a month ago.

She reached out to Contact7 Investigates, because she wanted greater accountability.

“I am love with many of those animals,” Obert said. “I cannot sit by anymore while they waste away in that shelter.”

The volunteers were not the only ones speaking out. Former employees also voiced their concerns. About a half-dozen recently resigned their positions, telling Contact7 Investigates they could no longer be a part of what they witnessed inside the facility.

“I worked there for seven months," said Taylor Staton, one of the now-former employees. "I saw the most horrible things. I saw dogs go crazy in their kennels.”

“Dogs are being warehoused,” said Marie Giannelli, another former employee. “Kept sometimes two years and being hurt in the process."

Said David Holder, the facility's now-former Lead Kennel Tech, "It's heartbreaking. Just to see a dog kind of get worse in the kennels is heartbreaking."

"We are failing these animals,” said Kelly Ramos, who served for 4 ½ years as the shelter’s manager.

“There are dogs that are there so long they are deteriorating,” said McGregor who was recently honored as the shelter’s volunteer of the year. “I wake up at night, and I can’t go back to sleep. These dogs are suffering and there’s nothing we can do about it.”

One of the volunteers and former employees said an example of the problems at the shelter is a dog named Toy Man. The dog was recently allowed to go home with a couple that had a young child.

Insiders said Toy Man had a bite history and should not have been allowed into a home with a young child.

“That shouldn’t have happened," the former shelter manager Ramos said. "We should have stopped that. It could have been stopped."

Within days of leaving the shelter, Toy Man bit again. Former employees and the shelter have confirmed he bit the young child in the face, causing more than 40 stitches.

“He goes nuts," Staton said of a dog named Cracker. "He spins and spins in the kennel. He jumps on the chain link fence … he has no nails on the front of his paws, because he rips them out. It’s cruel and inhumane."

Former employees provided Contact7 Investigates with a video that shows Cracker circling and circling in the kennel and the floor apparently blood-stained from his paws.

USE OF EXPIRED EUTHANIZING MEDICATIONS

“We only had expired euthanizing drugs,” said Staton, who said she was asked to use the expired medications to put down dogs on multiple occasions.

When asked if they were expired by just a few days, she responded, “expired by like three or four years.”

“I would go home at night and just lose it," Ramos said. “I mean, the job is hard enough without having to be made to use expired drugs to euthanize animals and watch them suffer and die.”

Ramos and others said shelter director Doug Rae was responsible for the decision to use the expired medications and not replace them with current meds.

A surprise inspection from investigators with Colorado’s Department of Agriculture (PACFA) confirmed all the accusations raised by the insiders. The inspection uncovered more than a half dozen violations including:

· Mistakes in the adoption of “Toy Man”

When asked who is responsible for the accusations raised by the insiders and the violations discovered by state inspectors, the former volunteers and employees said they blamed Rae, the Executive Director of the Humane Society of Fremont County.

Many in the group said the heart of the issue is the shelter’s focus on it’s “no kill” philosophy. They said, at times, that philosophy creates an environment that is inhumane and dangerous for animals.

The shelter’s executive director did agree to sit down and answer all the issues and accusations raised by his former team members.

“'No kill' is important to me,” Rae said, while providing Contact7 with an all-access tour of his shelter. “It simply means you never kill a healthy or treatable animal."

To his credit, the shelter’s executive director did not dodge any question and accepted responsibility for everything discovered in the facility he manages. He also acknowledged it is an unfortunate situation.

During a 25-minute on-camera interview, Rae took personal responsibility and accountability for everything addressed by his former employees and volunteers.

When Contact7 Investigates showed Rae the video of Cracker spinning in circles and his kennel apparently blood stained, Rae was told this is what insiders say is part of the “inhumane” picture.

Contact7 Chief Investigative Reporter Tony Kovaleski asked Rae if his intent was to say he was sorry.

At the end of the interview, Rae started tearing up and said, “It just hurts, it just hurts. I should have never let this happen. But it’s not going to happen again. You have my word on that. I think I’ve learned a wicked big lesson here.”

As an example of the change he has promised, Rae showed the Contact7 Investigates team changes in how he is caring for Cracker.

The dog’s paws are no longer bleeding, they have him in a new concrete-free and chain link fence-free kennel, and Rae said what happened before will never happen again.