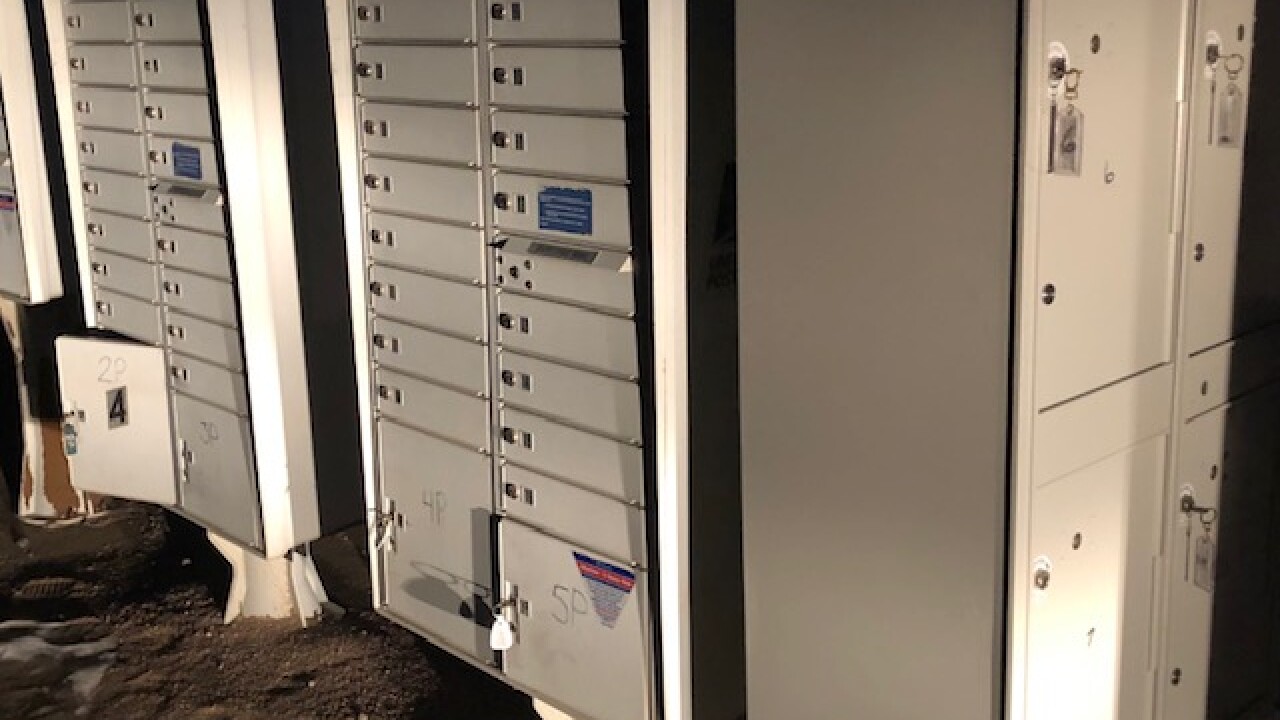 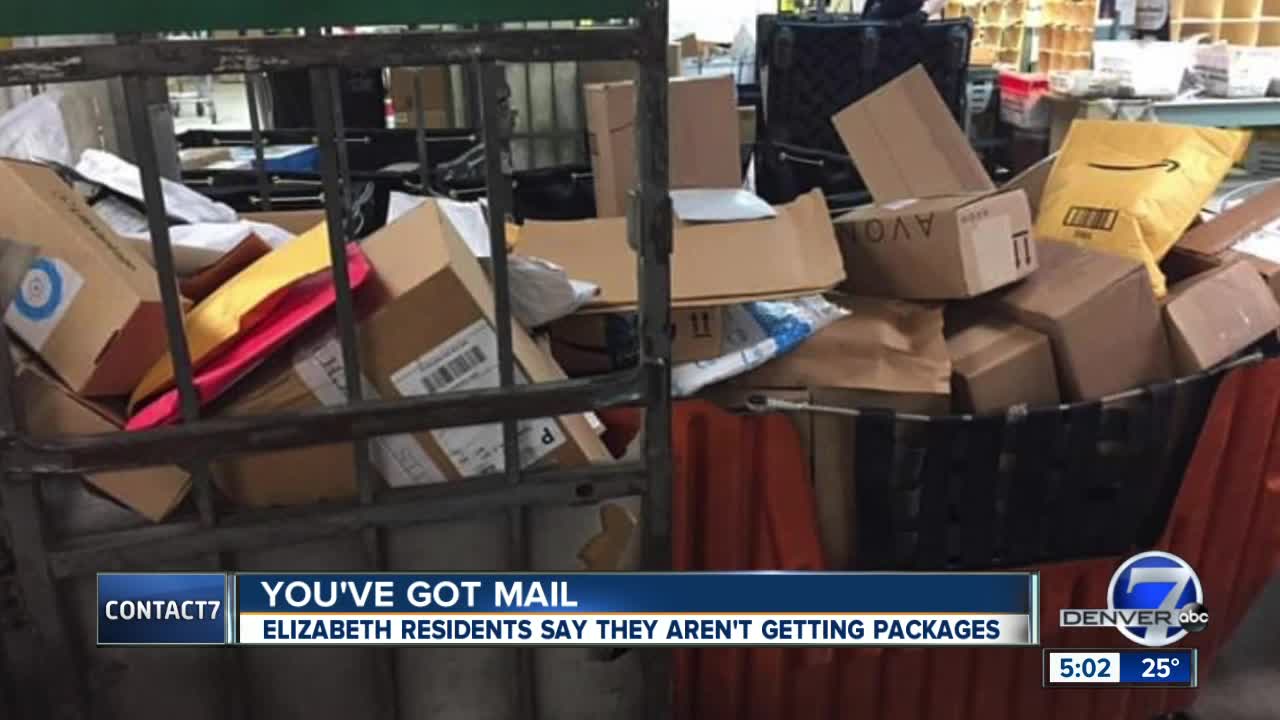 ELIZABETH, Colo. -- Several residents who live along a rural postal route northeast of Elizabeth said they ordered items online, and were told they had been delivered, but that was not the case.

The packages were instead piling up inside the Elizabeth Post Office.

One resident reached out to Contact7 after her efforts to get answers from the Postal Service went nowhere. Kate Vieyra said delivery issues have been flaring up time and again for months.

"Here's a good example," she said. "Christmas card from last year, I finally got delivered in March."

She said the card had a December postmark.

One wrote: "Keep getting other people's packages and then have to drop back off at the Post Office! Most aren't even on my street."

Another wrote: "I receive notification all the time mail has been delivered when it hasn't. I have to go to the PO. Then I get a notification this week that something for me is out in someone else's mailbox."

The Postal Service contracts with private companies to provide delivery service to many rural routes.

Vieyra said the service provided on her route this year (by Ameritrans Express) leaves a lot to be desired.

"It's unacceptable," she said. "Contracted out or not, you still have a job to do."

Spokesman James Boxrud said via email, "The route that our customer is on has recently experienced a personnel change causing some inconsistent delivery times. The Postmaster this week has received help from neighboring offices and has a schedule in place for dependable delivery."

Several of the contract carriers asked to help did so on Thanksgiving Day.

One told Contact7 it was the first time they've had to do that in Elizabeth.