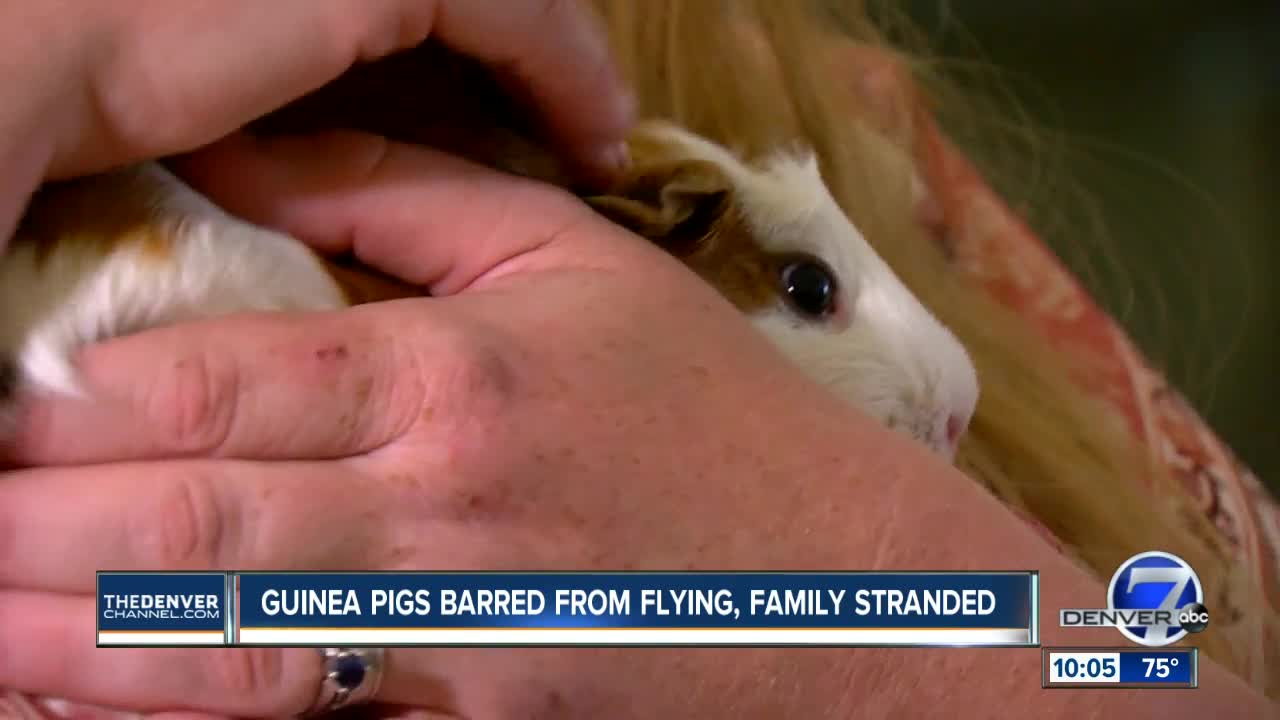 DENVER -- A Missouri family was on their way home from vacation with their four guinea pigs and now they're stuck in Denver.

Michele Riley and her daughters say they drove to Montana with their guinea pigs to be with their dad while he worked.

To go home, Riley says they booked a flight with United.

"We were flying home from Bozeman, we had the layover in Denver and then in Denver is when they refused to let us board because of the guinea pigs," Riley told Contact7 Wednesday.

Riley says there were no issues when they boarded the plane in Bozeman, Montana, and United personnel gave them the green light.

"We bought airline approved carriers, I looked through as much of the policies as I could find and I didn't find anything that said no guinea pigs," Riley said.

The problems began when the Rileys arrived in Denver.

"They said that we could not fly with them so we either had to have somebody come and get them, fly by ourselves or we could drive home," the woman explained.

In their policy, United says they allow cats, dogs, rabbits and household birds.

United tells Contact7 they're reaching out to staff in Bozeman to find out why the Rileys were allowed to board with their guinea pigs in the first place. They've also provided the family with travel credits, meals and a hotel.

Still, the Rileys say they wish they would have known from the start that flying with guinea pigs was not allowed.