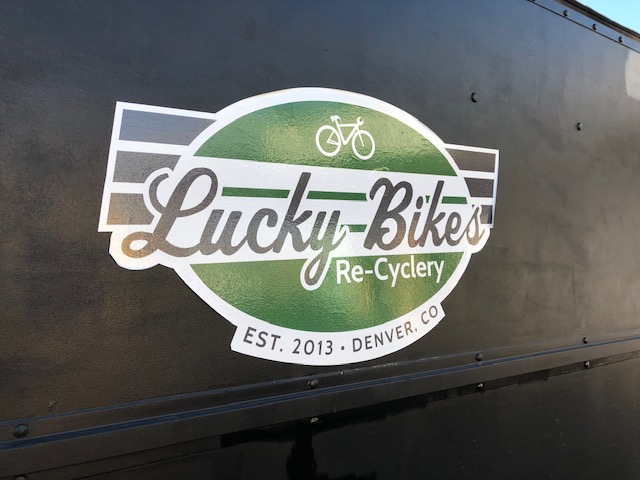 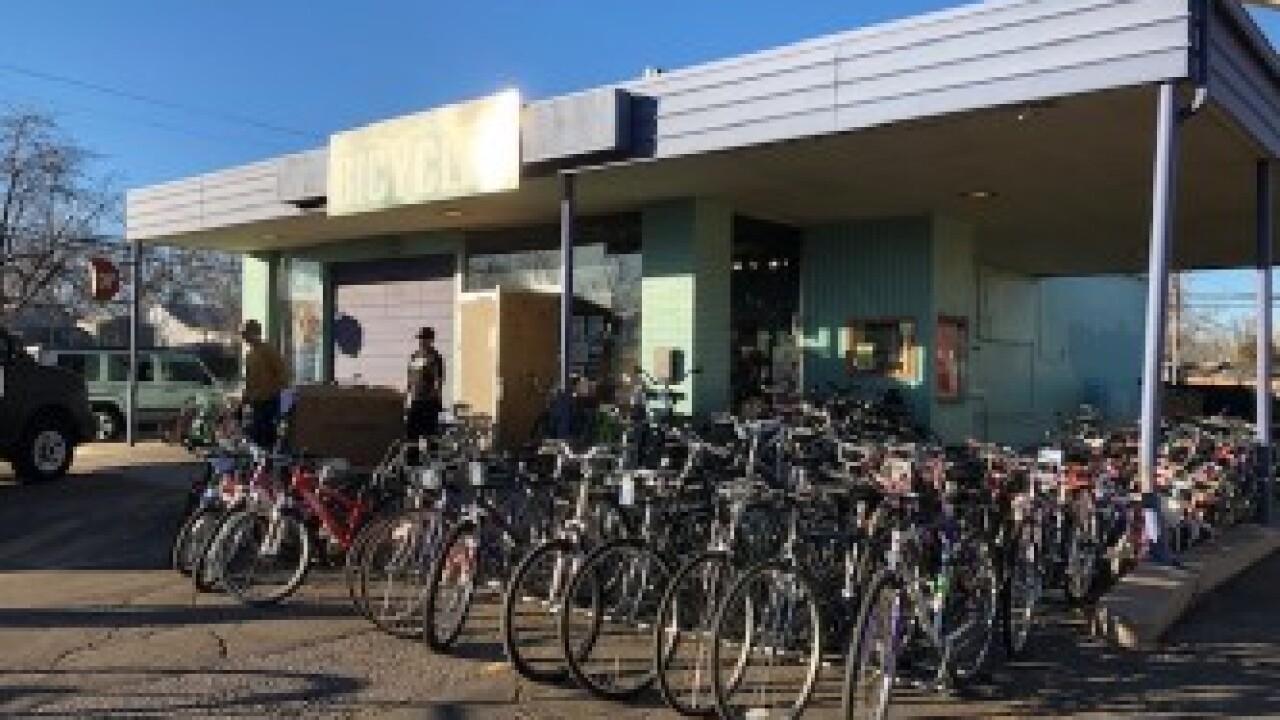 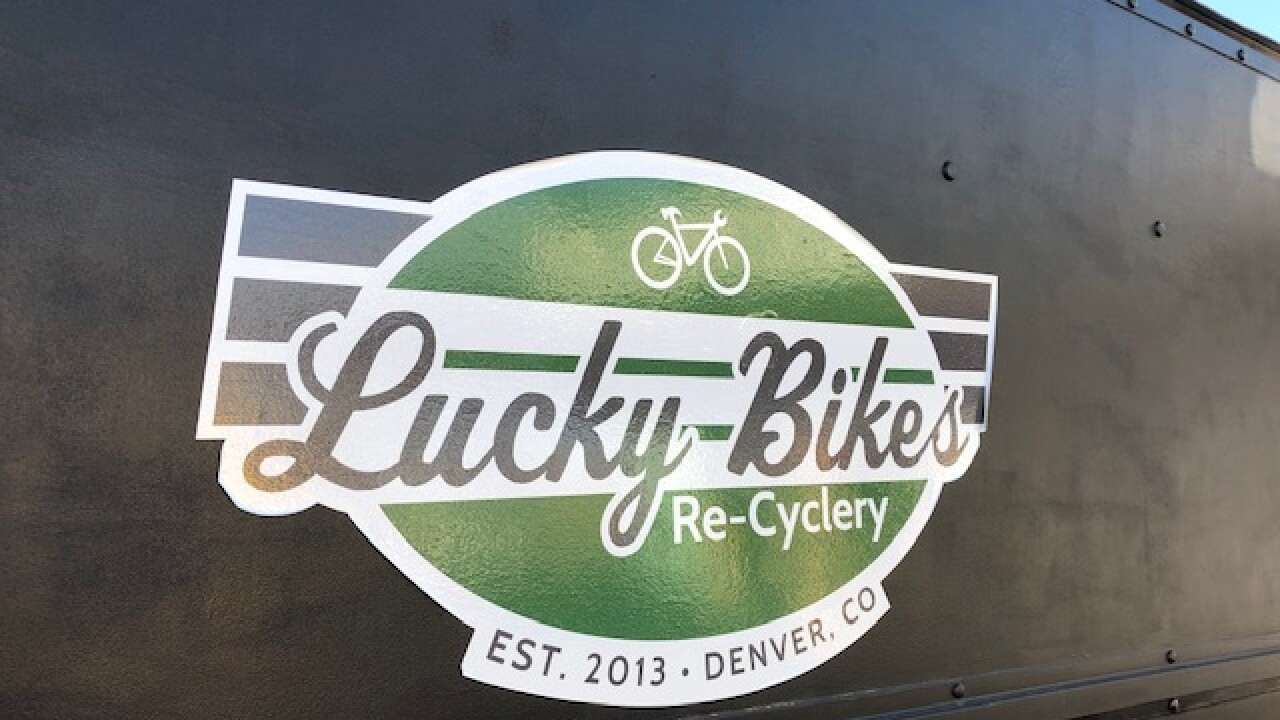 DENVER — Stung by a 25 percent increase in the cost of bicycle parts, due in large part to the ongoing trade war with China, a local nonprofit bike shop is sounding the alarm.

"You'd be surprised that a small, community bike shop, dealing in re-cycled products, would be affected by something so vast, so broad and so international as a trade war," said Wendy Stewart, CEO of Lucky Bikes Re-cyclery, and the executive director of Trips for Kids. "But it's affecting our little bitty budget and it will affect our kids."

The nonprofit bike shop, at 3150 W. Jewell Ave., rebuilds used bikes and sells them to the public.

Learn to Earn a Bike program

Stewart said the money raised from those sales is used to help put kids on bicycles, via the Learn to Earn a Bike program, which teaches children ages 10 and up basic bicycle maintenance skills and how to safely bicycle in their own urban neighborhoods. She said it also provides disadvantaged youth with opportunities to learn and master skills, including life and leadership skills in a safe, yet challenging environment.

Once the kids complete the multi-session course, graduates keep their bicycles and receive a helmet, lock and tool kit.

The program specifically targets high school-aged youth who have no prior work experience.

"We hire participants as paid interns, giving youth an opportunity to learn while they earn," she said. "Through a combination of direct instruction, daily hands-on skills practice, and regular performance feedback, we enhance the soft skills, life skills, work ethic and leadership skills of participants and help youth to build a strong foundation for their future success."

Julian Cruz is one of the youths working at the shop.

"A few months of learning here in the program has really helped me a lot and it's keeping me off the streets," he said.

The 17-year-old was busy repairing brakes when we visited with him Saturday.

"I'm trying to fix them so they won't grind against the rim," he said. "One is uneven with the other, so what I have to do is even it."

Cruz said instead of picking out out a bicycle, he built his own.

"When I built it, it felt like I could do more with life," he said. "I could help people out with their bikes."

Sam Dale, the bike shop manager, said he earns the bike by building it and by working.

"He's actually paying off that bike, as we speak," he said.

Dale said Cruz is a big help in the shop.

"He's got great communication skills," he said. "He's wonderful working with guests and he's great with a wrench too."

Dale said some kids take part in the programs because they love bikes.

"They want to get into the industry and this is a great way to do that," he said. "Some kids are looking for a first job, and this is where they can learn confidence, communication skills and a good work ethic."

Stewart said both programs may have to be cut back.

"A good 30 to 40 percent of our inventory -- new bike parts, tubes, tires, helmets, locks, you name it -- happens to come from China," she said, adding that higher tariffs on those products have increased costs 25 percent.

Stewart said they have adjusted their 2019 budget to be ready for the change.

When asked how deep the cuts might be, the CEO replied, "We've crunched numbers."

She provided the following statistics on the number of bikes that are refurbished and sold, the number of kids that earn a bike through the learning program and the number of youth that work as interns at the shop.

Stewart said she's trying to come up with a solution to keep kids from feeling the cuts.

"We're working hard to ask our donors," she said. "We're thinking outside the box with sponsors. I don't know, but we're always getting creative on different ways to serve our youth."

If higher tariffs weren't a big enough headache, Stewart has another problem to deal with.

On Dec. 23, a thief apparently stole the bike shop's trailer, which was loaded with 20 brand new bicycles.

"We use them for the summer riding season," she said.

Stewart said security video shows the trailer was taken around 3 a.m., but the video was so dark, it doesn't show much of the getaway vehicle.

"The good news is we have a donor purchasing a new video camera connected to an app," she said. "So, with new technology, we may have a brighter future."