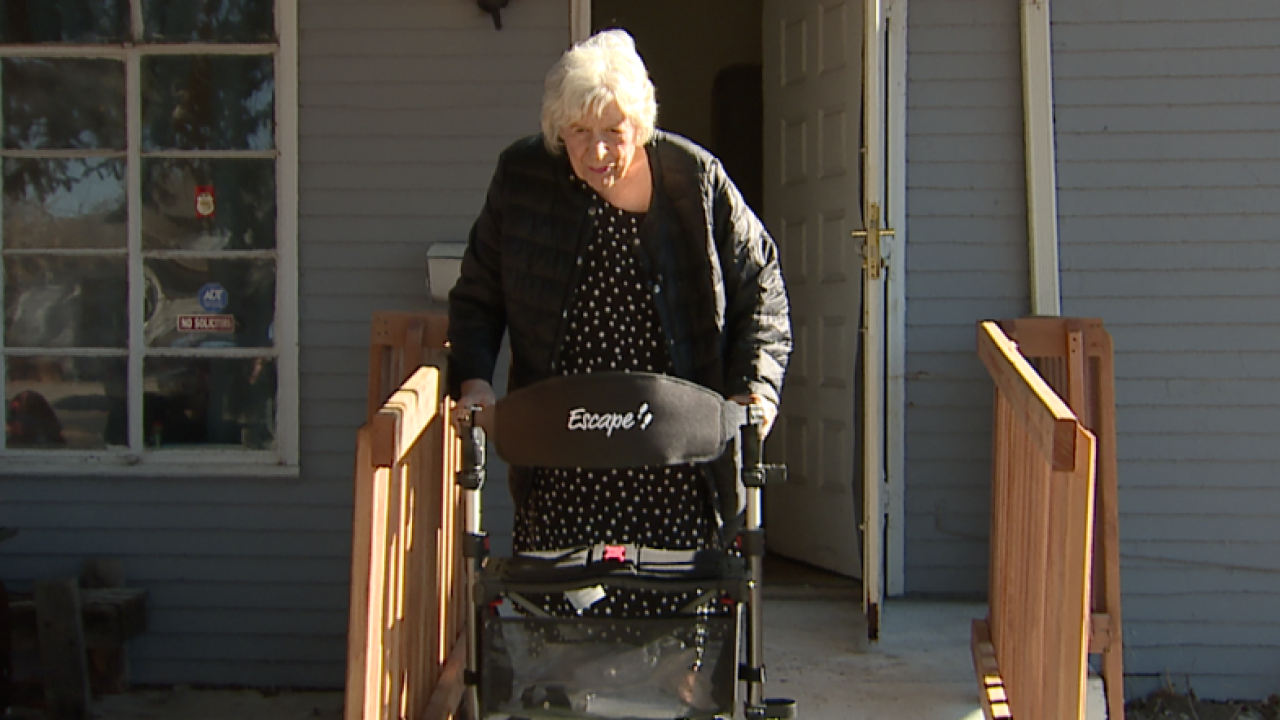 DENVER — It only took a week for a Denver senior to go from “trapped” in her own home, back to having her independence thanks to “life changing” help from Contact7 and business with a big heart.

“I feel I’m trapped,” 87-year-old April told Contact7 when first we brought her story to viewers on Jan. 15.

April had paid a handyman to install a concrete wheelchair ramp for her, since she requires a walker to get around. According to her, the ramp was built way too steep and too narrow for her to use on her own.

“I’m scared going down,” she said.

April required help to step out of her own home. Her daughter, who can only come over sometimes, would have to help walk her down and open and close her door for her.

“I wish someone would please help her. She doesn’t have any money to get it fixed,” her daughter Tara explained.

One day after that story aired, a licensed concrete contractor responded. Guizar Concrete Construction wanted to fix the ramp that wouldn’t work for April.

“My dad actually forwarded me the story and wanted to help out April,” Julenny Guizar told Denver7.

Within days, the company took out the old ramp and replaced it by pouring brand new concrete.

“I was astounded. I was really surprised that it happened so fast,” April said from her living room.

“We want to give her the ability to be able to come out and enjoy life like everyone else,” Julenny said. “We don’t want her to feel like she’s trapped at home.”

Guizar completed the project in just a few days, and did so at no charge to April.

“Totally life-changing,” April said, describing what her new ramp means to her.

“You blink your eyes and she’s got a ramp and she’s walking out,” April’s daughter said, holding back tears.

April can now get in and out of her own home, using a walker but without needing help from anyone else.

“It gave her freedom, her independence,” Tara said.

And now when she gets outside to go to a doctor’s appointment or just a walk through her neighborhood, what does April do?

“I smile quite a bit,” she said with a smile.