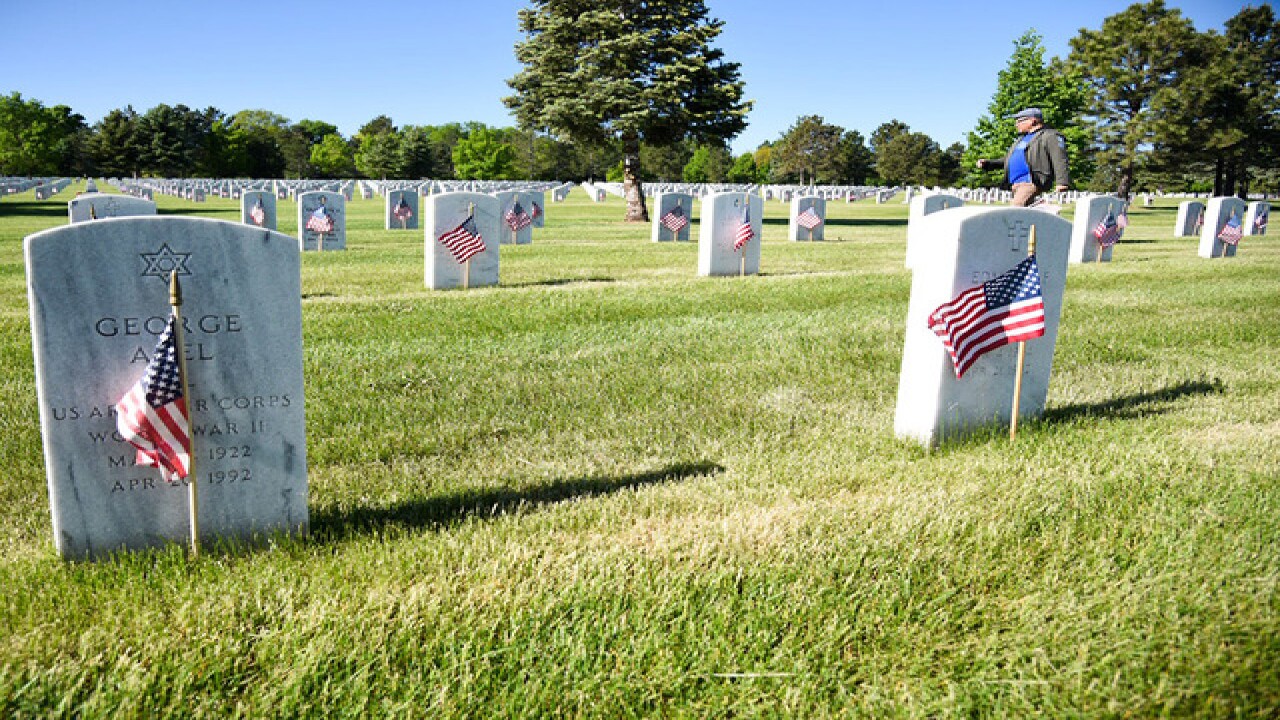 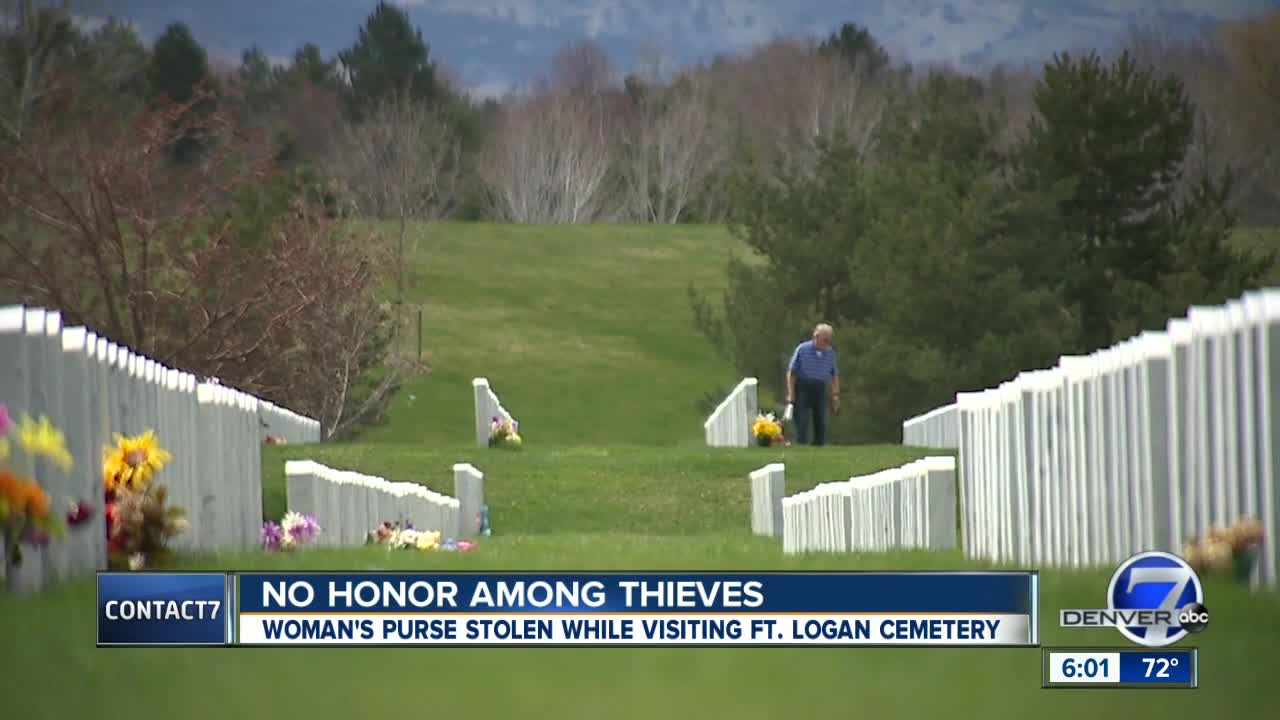 FORT LOGAN NATIONAL CEMETERY, Colo. -- It's a new low for thieves and a new warning for virtually everyone else.

Georgette Camacho was visiting her father’s grave this Tuesday in what would have been his 69th birthday, when she says thieves took her purse right out of the front seat of her car.

“It really hurts,” Camacho said. “I thought this place was sacred.”

It may seem like an unlikely place for thieves to target, but Denver police say it does happen.

Camacho was placing fresh flowers and other decorations at her father's grave. While she was putting some old decorations in the back of her car, she says a man and woman drove up, the woman hopped out and grabbed Camacho's purse right out of her front seat.

“I tried to stop them and the guy that was driving tried hitting me with his car, so I just jumped back,” Camacho said.

It happened in broad daylight at around 4 p.m., according to a Denver Police Department spokesperson.

The thieves then went on a spending spree, using Camacho's cards at a nearby King Soopers and a Home Depot.

She quickly canceled her cards.

Camacho says there were several people around at the time and when she yelled, some bystanders ran over to help, but by then the thieves were long gone.

“I want them caught. They shouldn't be doing stuff like this,” Camacho said. “Especially at such a sacred place."

Denver police are combing through evidence, including surveillance video from both King Soopers and Home Depot, in an effort to identify the thieves.

Camacho describes the vehicle they were driving as a gray Ford Focus hatchback with some front-end damage. She says the driver was a white male, in his early 40's and possibly sunburned.

She describes the woman as around 25-years-old, with long brown hair and bleached ends. She was wearing a pink and white stripped shirt at the time.

“I saw them drive up, but had no idea that’s what their intentions were for me,” Camacho said. “I mean, this is something sacred. How could people do that? I certainly hope they get caught.”