'Thank you': Contact7 gives $4,500 to Aurora woman whose dog was attacked at Cherry Creek State Park 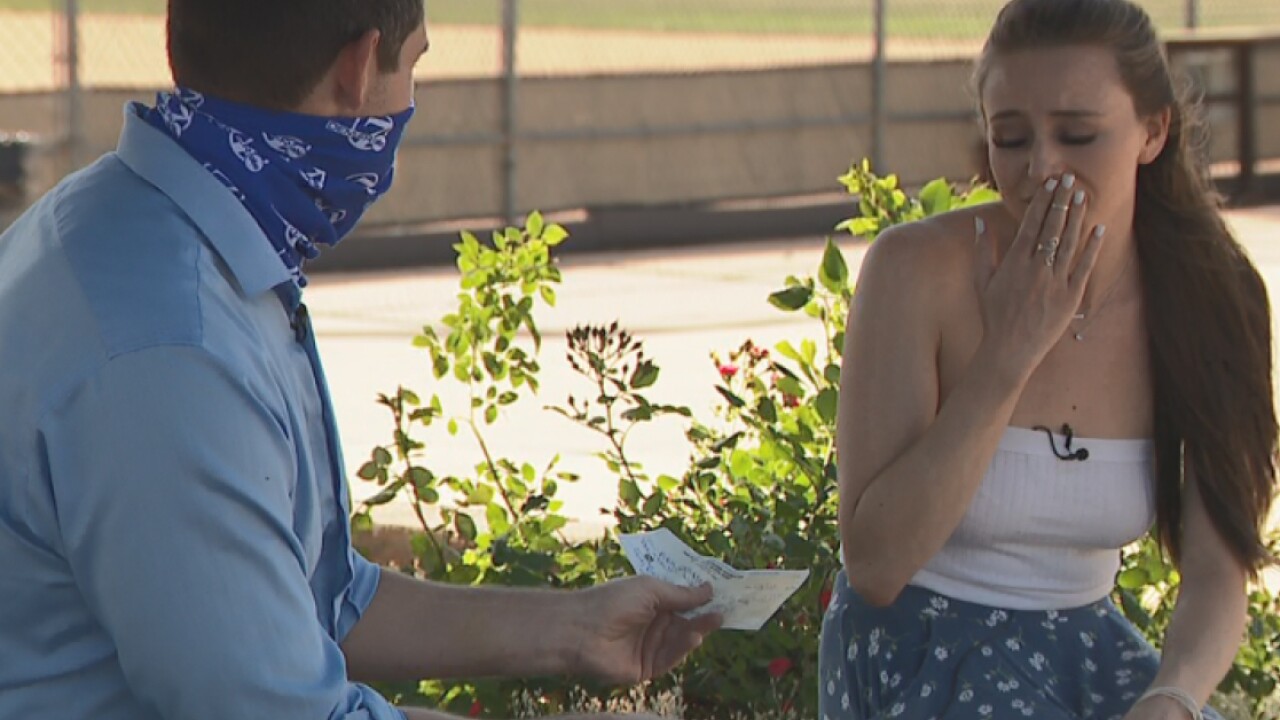 "Still kind of dealing with everything that’s been going on. Still in shock," Don said.

It's been a tough couple of weeks but it got a lot better with the addition of 12-week-old Great Dane puppy, Dior, finding similarities between her new dog and her old one, Dymond.

"He has that little blue triangle speck on his right eye," Don continues, "Dymond had two different color eyes."

With those similarities, Don found found some comfort.

"It just makes me happy just because a little piece of Dymond is in him," Don said.

It's been two weeks since 2-year-old Dymond was attacked inside Cherry Creek State Park. Despite multiple surgeries, Dymond had to be put down.

Don reached out to Contact7 in hopes of spreading the word to find the other dog's owner. Colorado Parks and Wildlife officials say that owner still has not been found.

During the ordeal, Don was forced to pay $10,000 in veterinarian bills. Her parents fronted the money Don will eventually have to pay back.

"That did put me down because I am in nursing school and that’s obviously pretty expensive," Don said of the bill.

Denver7 viewers stepped in to help and Don was presented a check for $4,585 that will go towards her nursing school as she works to pay off her debt.

"People have been so nice. I would never ask anyone for money but this just helps so much in a way I can’t explain," Don continues, "thank you."