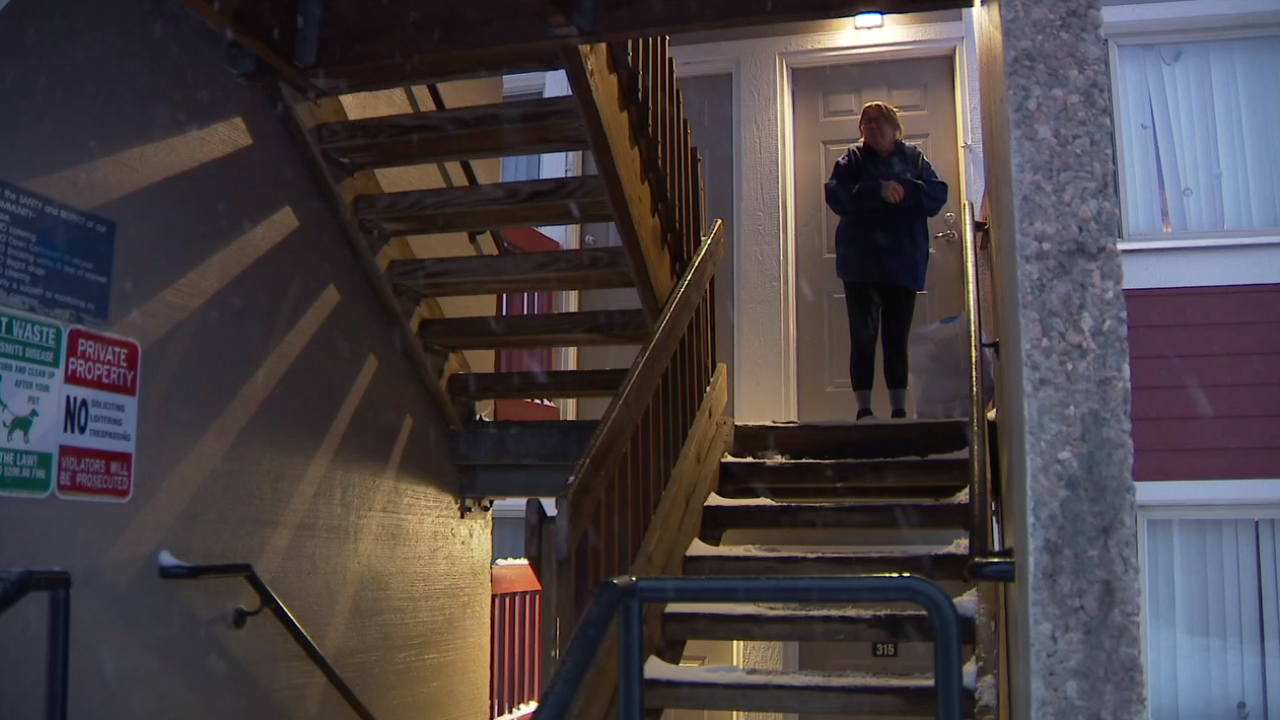 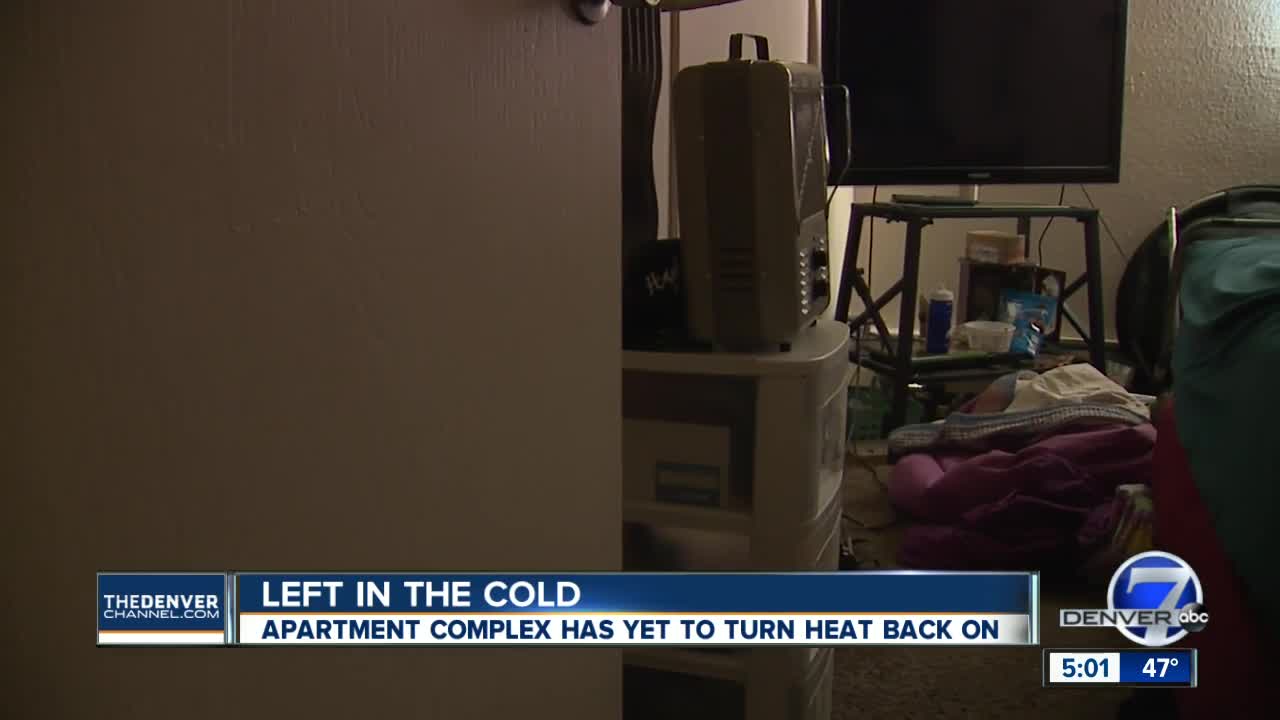 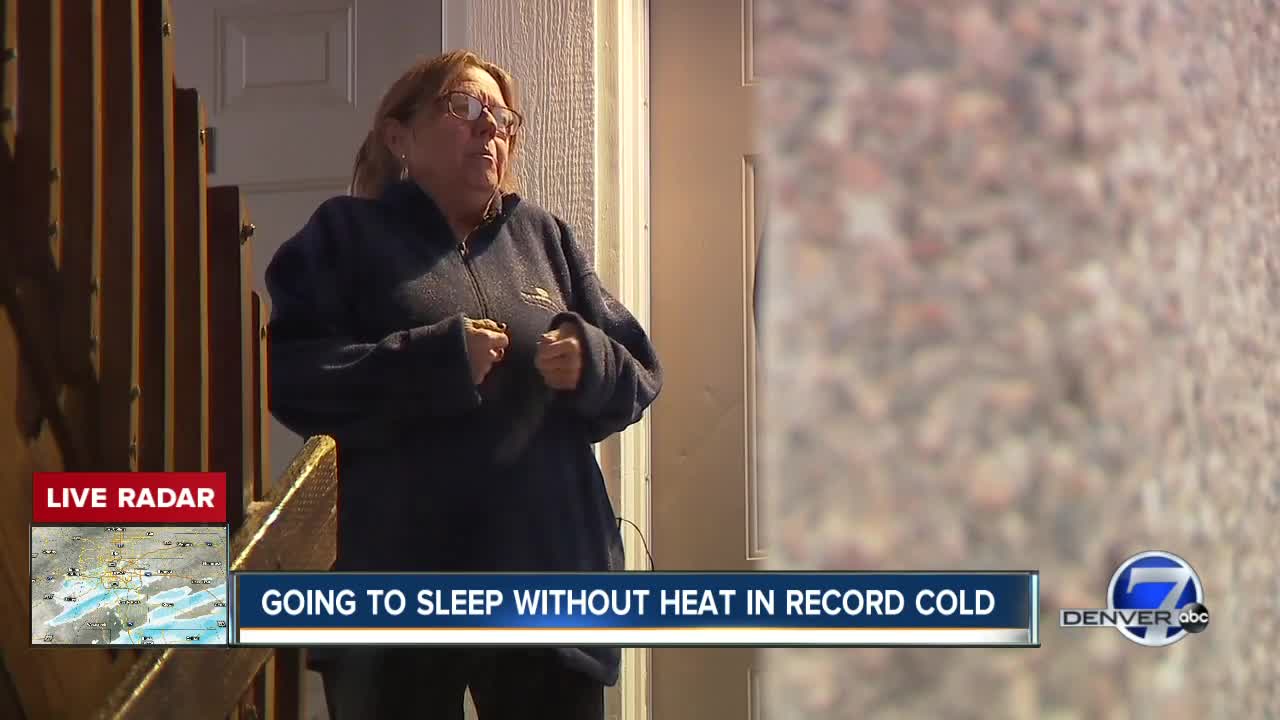 UPDATE, Oct. 31, 2019: The City of Thornton gave a deadline to the management team to fix the heat by 3 p.m. Thursday. A city spokesperson told Denver7 at 1 p.m. that heat to all buildings has been restored but several tenants say that's not the case. They still have no heat and no hot water. A property manager on-site says heat was restored but hot water to two of the six buildings has not.

An inspector sent by the city said the buildings are not up to code for heat and hot water at all. A spokesperson said they will be sending community connections to the affected complex and will be offering hot showers and information for tenants to find somewhere to live until the heat is back on. The city is making management pay for it.

THORNTON, Colo. -- While most are going to bed nice and warm, tenants in a Thornton apartment complex don’t have that luxury. The heat in some of the buildings is off and they have no idea when it’s coming back on.

Lindsey Underwood has lived in the Renaissance 88 apartment complex for 11 years. Her stove is on, but she isn’t baking — she’s surviving.

“In order to kind of heat up my apartment I have my oven on and oven door slightly open,” Underwood explains.

She’s been without heat for nearly four days inside her low-income apartment.

“Just because this is income-based... we are still people, we still deserve to be warm, too,” Underwood said.

Underwood does have hot water. Up until earlier Tuesday, that was something Patty Orzechowski lived weeks without.

”This is our home and we should be able, like anyone else, to go take a hot shower. My body hurts so bad and I can’t even get a hot shower,” Orzechowski asks.

Annette Archuleta says she and everyone else living in building five of the Renaissance 88 apartment complex is living with, "No heat. No hot water."

“I broke down and cried Saturday. I’ve been crying the last three days,” Archuleta said.

Management left a letter on the doors of building two on Monday, offering space heaters to those who need it. Part of the letter stated the “motor has been ordered," further stating it should have been there that day but that it may be delayed a day “due to weather."

The tenants say they feel disrespected.

”Treat us like we matter and this is the first time I’ve ever felt like I didn’t matter,” Orzechowski says.

FPI management owns the complex. We reached out to the California-based company for comment. No one got back to us.