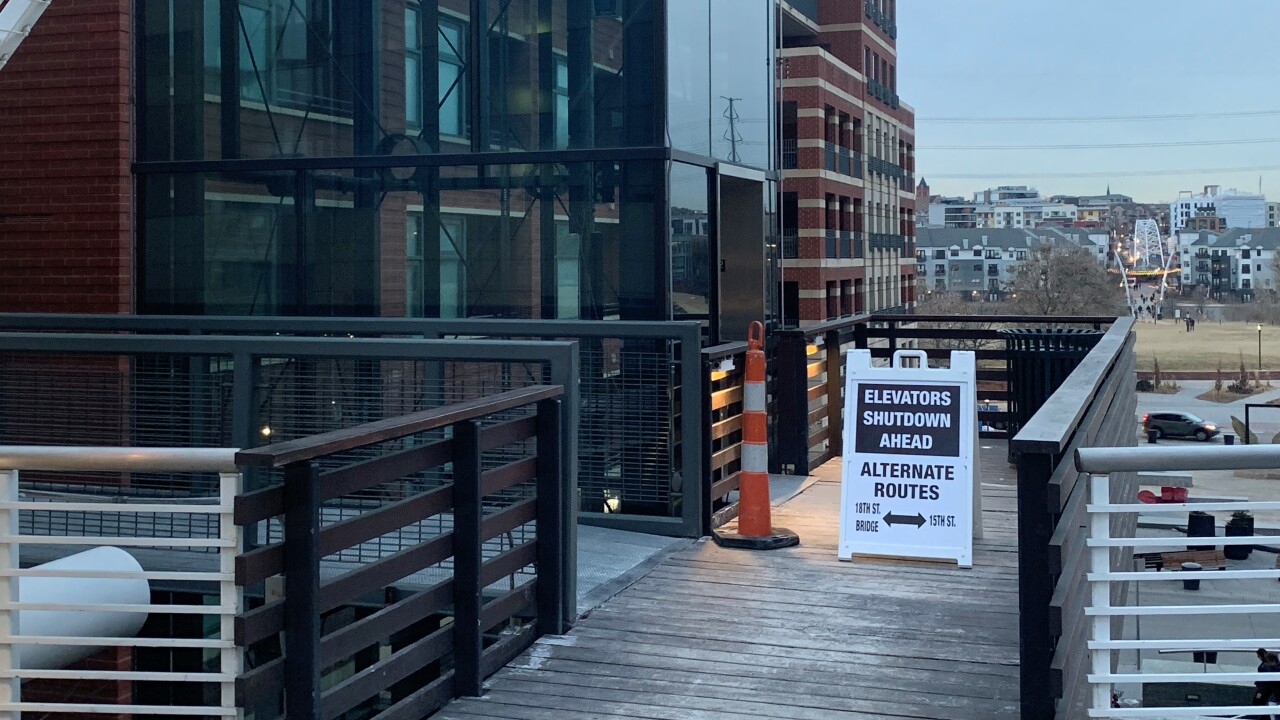 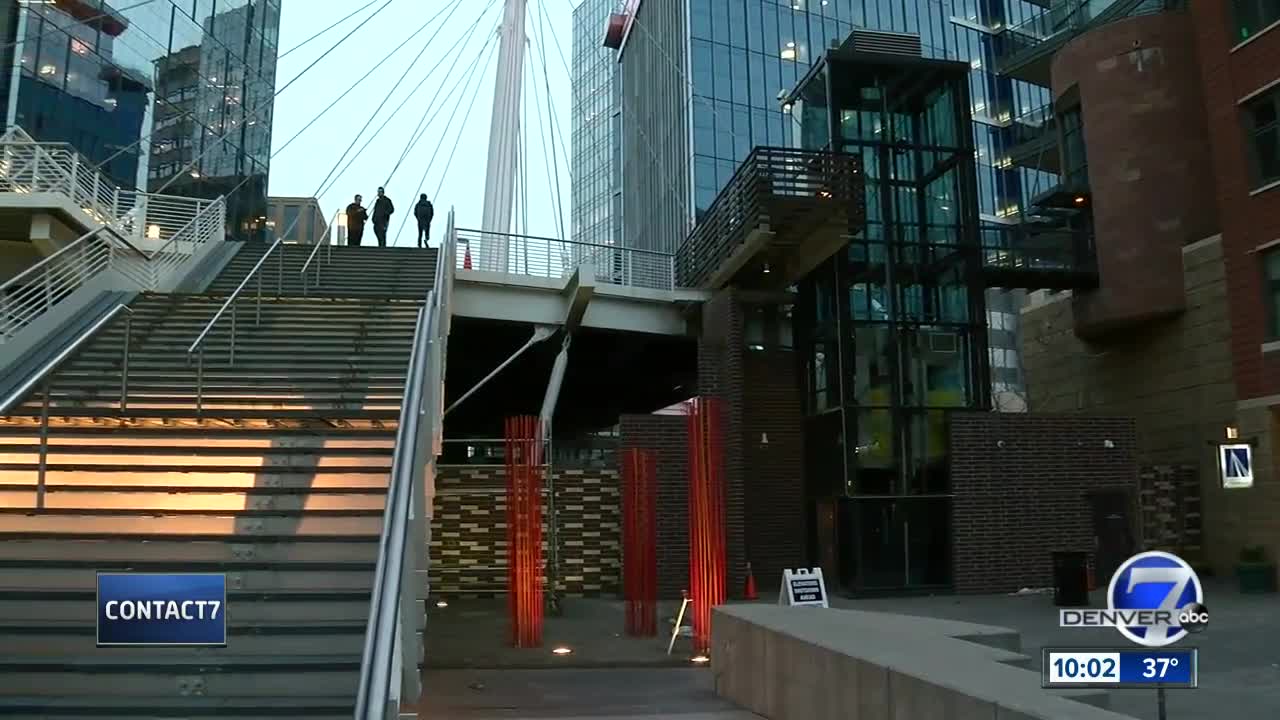 DENVER -- The Millennium Bridge, which has been around for less than two decades on the 16th Street Mall, is in need of repairs. Not to the structure itself, but to the elevators that allow the elderly and people with disabilities to cross to the other side. Residents near the bridge say it's taking way too long to get fixed.

Right around the corner from the bridge is the Balfour Riverfront Park, a senior living community. Some living there said these elevators have been out since early fall and it's keeping them from day-to-day activities.

Lynn Kowalski lives in the Balfour. At 80 years old, walking even a short distance leaves her short of breath.

“It’s challenging to walk down here so I usually take the elevator if I can,” Kowalski explained.

But she said since October, that hasn't been an option and she's forced to take the stairs to cross the Millennium Bridge.

According to the Riverfront Denver website, The Central Platte Valley Coordination Metropolitan District is responsible for maintenance to the elevators. In late April, a letter to the public stated construction on the elevators would start in late summer or early fall and last six to eight weeks.

The day after this story aired, Bob Blodgett, district manager for Central Platte Valley Coordination Metropolitan District, told Denver7, "The original target installation date was the fall of 2019. The District decided not to proceed until all of the necessary parts and equipment could be obtained and be readily accessible on or off site for the work to move forward without stops and starts and more user inconvenience and disruption."

The statement continues by saying, "All of the parts/equipment for the job were not obtained until early December 2019. The District then decided to delay the contractor’s notice to proceed until December 30 so as to not further inconvenience residents, employees and visitors during the holidays."

“There was a big sign that said they would be fixed by mid-November and that day came and went,” Kowalski said.

Blodgett says, "the elevators were closed for a few days during a re-coating of the bridge deck" in October and were "re-opened after the deck coating."

Sarah Yoder calls the elevator shutdown an “obstacle." She was riding a scooter around the bridge and wanted to use the elevator to cross.

“We were trying to cross the railroads but we can’t get up the elevators and there is no way to get up the stairs with these bird scooters because they are really heavy,” Yoder explained.

Bikers experiencing the same problem were forced to throw their bicycles over their shoulder and walk up and down the bridge in order to cross.

Update on Tuesday, Jan. 21 at 8:35 p.m: This article has been amended to include a response from the district manager for the Central Platte Valley Coordination Metropolitan District in regards to this story.