Semi caught on camera destroying driveway in Watkins, driving off 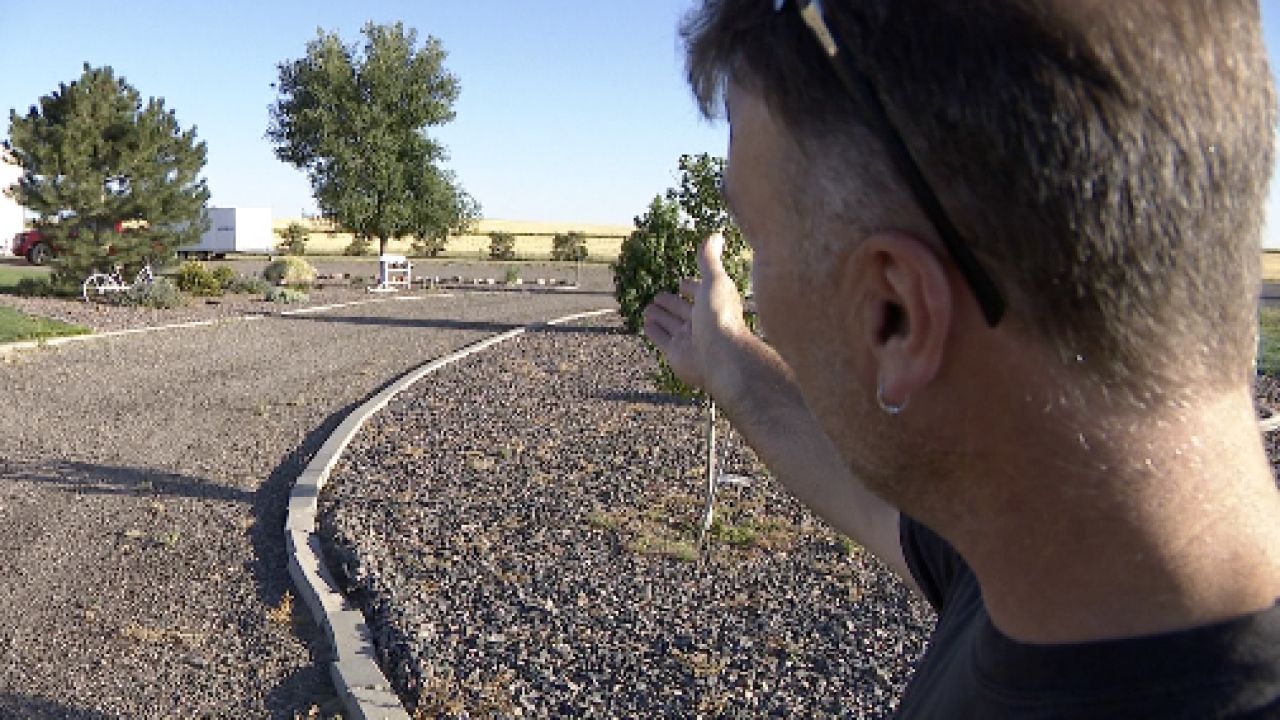 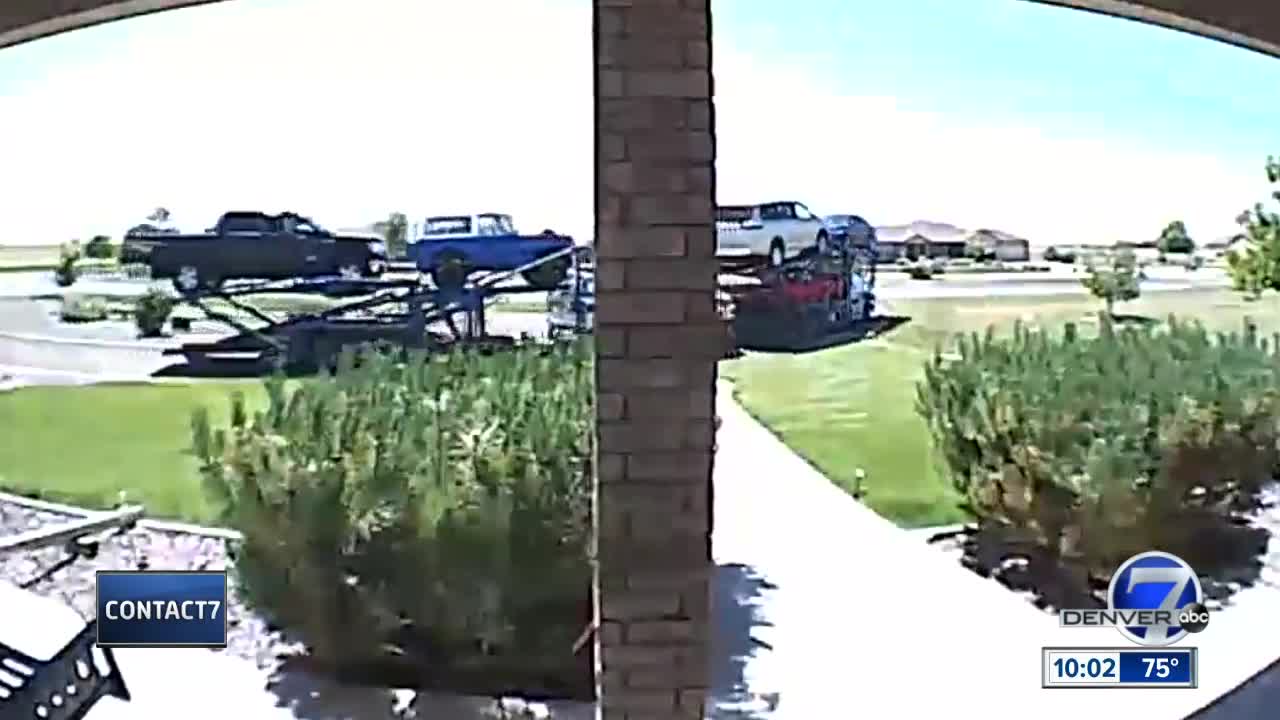 WATKINS, Colo. -- A semi truck drove through a Colorado homeowner's front yard and destroyed his driveway, and it was all caught on his doorbell camera. Now, that homeowner is reaching out to Contact7 for help.

"I tried to put the pieces back together," he said, looking over the broken concrete curbs. "But it ripped up half of it."

It's obvious something big drove through the yard by the trenches in the gravel.

The driver of the semi took off without stopping and might have gotten away scot-free, if Todd's doorbell camera hadn't caught it all.

"It was a transport vehicle that hauls cars, like for dealerships," he said. "No notes, no apologies or sorry. No phone number. Just took off."

In another stroke of luck, though, Todd soon learned that the semi driver had just dropped off a car for a neighbor, who happened to take a picture of the semi, complete with the company's contact information and name: Zamora's Transportation out of Springdale, Arkansas.

Anderson called the company, and he said, at first, the owner apologized, promising to pay damages. But when he got the $800 estimate, "that was pretty much the last I heard of him," Anderson said.

Contact7 reached out to Zamora's Transportation with no response, and a federal record check revealed several violations in recent years, including failing to secure vehicle equipment.

When Anderson contacted the Federal Motor Carrier Safety Administration (FMCSA), the insurance information he was given for the company was fake.

When asked about the insurance issue, a spokesman with the FMCSA told Denver7 that Anderson should, "Get an attorney and pursue a civil complaint," saying the agency's focus is safety.

Anderson said he will keep fighting out of principle, because no one should be able to just drive away from their responsibility.

"He thought he was going to get away with it," Anderson said. "And I hope he doesn't."