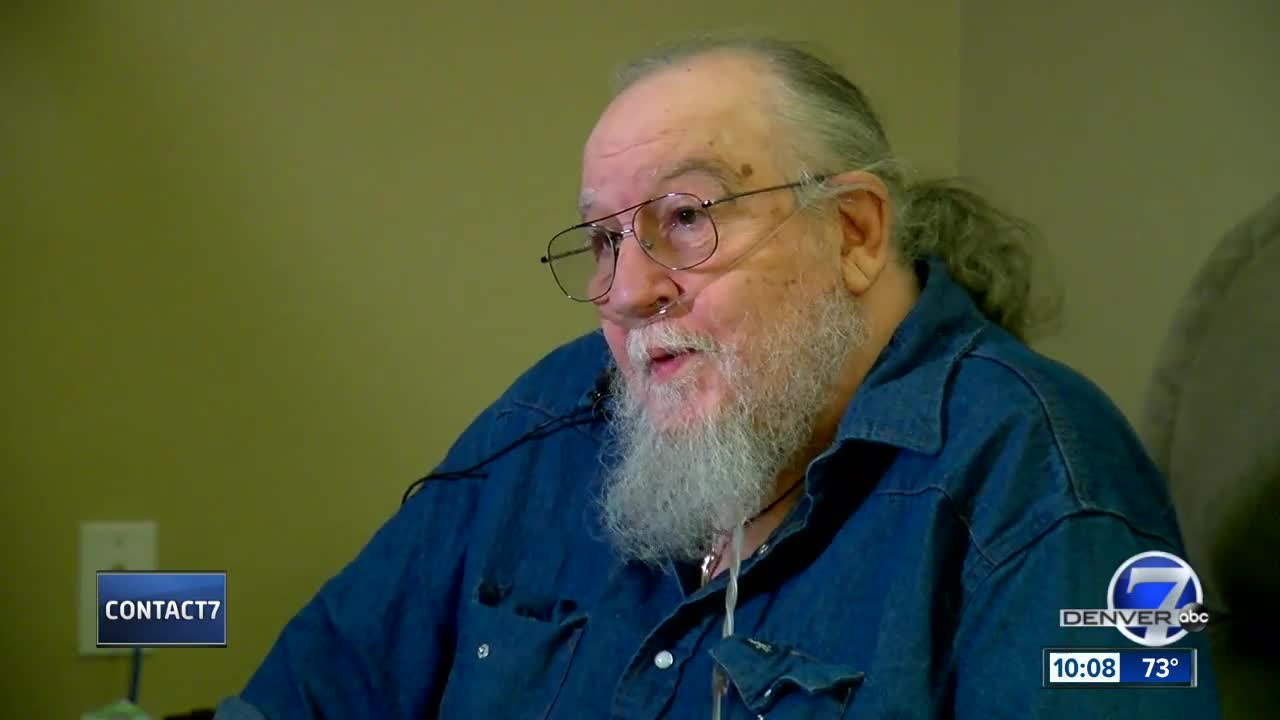 GREELEY, Colo. -- They're a transportation company that is supposed to drive Medicaid patients to and from doctors appointments.

But a Greeley man with a heart condition says that company, Intelliride, dropped the ball. Tom Randazzo says he waited for hours, and no one ever showed up. He missed his appointment and called Contact7. But now, he's worried the company's issues could have deadly consequences for others.

"It's not just a failure, it's damage to people and their lives....and that should never happen, " Randazzo, a Greeley man who has a terminal heart condition, said.

Randazzo signed up for a taxpayer-funded program called NEMT, short for Non-Emergency Medical Transport, that shuttles medicaid patients to and from doctor's appointments.

"My doctor's in Denver, I don't have to worry. They'll pick me up and take me there," said Randazzo.

On September 1, a company called Intelliride took over the service. Randazzo had a doctor's appointment and waited for a shuttle that never came.

"It's depressing to be sick. When you get stood up, that's a rotten thing to do," he said." Where is their compassion? Where is their understanding of what it is they're doing? "

Randazzo says he called the company and was repeatedly put on hold.

After a two-hour wait, he finally reached a sub contractor. They told him they don't service his address. A frustrated call to Medicade also got him nowhere.

Randazzo and several other viewers contacted Denver7. We couldn't get a hold of the company, but the state offered us an explanation saying that on the day Intelliride took over "Century Link experienced a national power outage." They also said the new company has been dealing with twice as many calls as the old company -- and wait times "are getting better."

But Randazzo says when it comes to lives — talk is cheap.

"I'm 66 years old. I've been to more than one rodeo. Get your spaghetti in one bowl, and start to act like a professional. If you can't do that, get out of the way," he said.

The State Department of Health Care Policy and Financing wants to remind patients that the shuttle is not meant for people to use in life threatening emergencies. That's what 9-1-1 is for.

They're also asking patients whose appointments are more than a week away, to wait before calling.