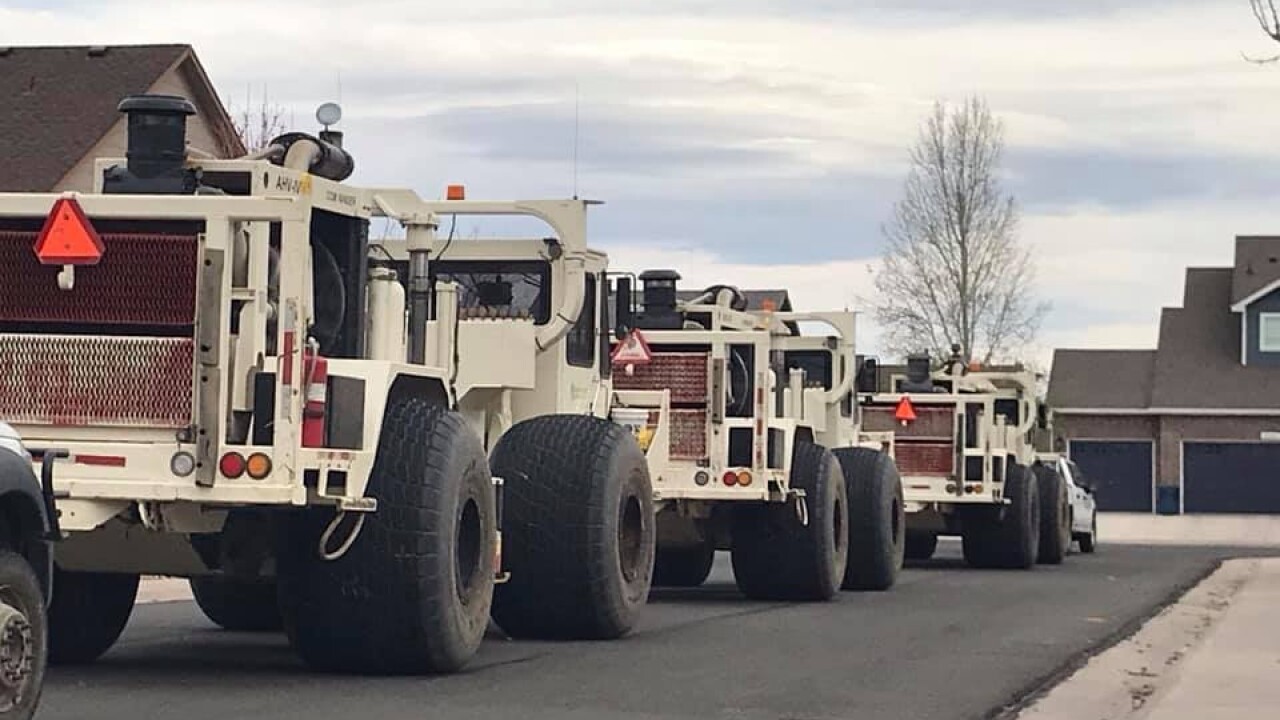 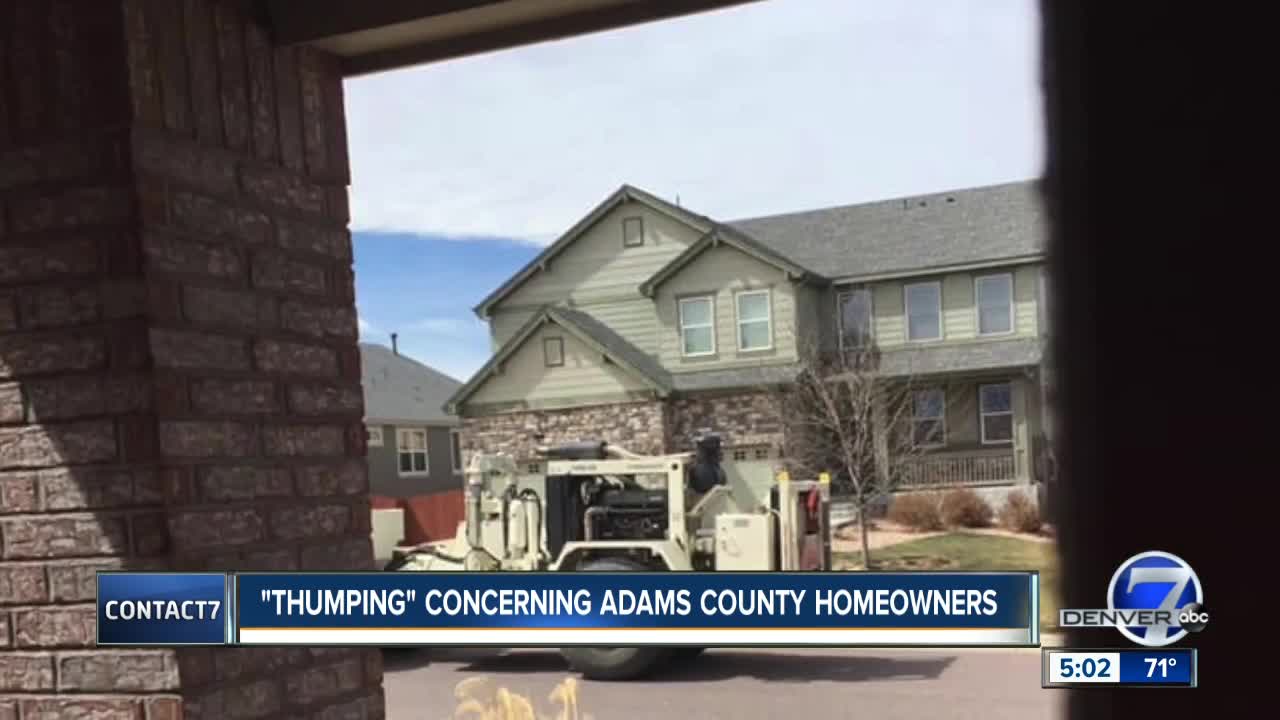 THORNTON, Colo. -- Trucks rolling through northern Colorado communities thumping the ground in the hunt for oil and gas are riling some neighbors.

"It just feels like we are under attack," said Thornton homeowner Abbey Palte.

She feels under attack from oil and gas and the massive thumper trucks doing seismic exploration. Like an ultrasound, they thump the ground with metal plates to help oil companies find the best places to drill.

"Actually made me gasp because it was shaking so loudly," said Nyholm. "I've felt earthquakes in California and I would say it was similar to that."

Abbey Palte lives in Thornton's Signal Creek neighborhood and said they are waiting for the trucks to roll down their block.

"The letter we got yesterday said we will feel vibrations within our house," said Palte. "I have a friend who they came through her neighborhood and her son was bawling because he was so afraid of what was happening."

Videos and photos of the "thumping trucks" are all over Nextdoor and Facebook.

"I have read reports of damages to foundations and things like that, and we are already in a place where we are seeing a lot of settling," Palte explained.

She and other neighbors said they are concerned about potential damage from the trucks vibrations, and what it means for the future of their communities.

"It means oil and gas operations are coming close to my home," said Palte.

"The message is oil and gas feels like they can just come right into your neighborhood and do whatever testing they think they need to do," said Nyholm.

Great Western is the company behind the activity and is conducting the work, through a contractor, in Thornton, Adams County, and Commerce City.

The company was required to get a permit from the state and did deliver fliers to impacted homeowners on Tuesday, but only after the Colorado Oil and Gas Conservation Commission got involved.

The COGCC said it issued Great Western a cease and desist letter to halt operations for failing to notify impacted landowners.

Great Western has since met the requirements from the state to move forward and estimates the exploration work will take four to six weeks.

“As a Colorado company, Great Western is committed to the communities we serve. Safety and communication plans are essential parts of each Great Western project. In the Kortum operations, in addition to advance outreach and collaboration with local HOAs, we partnered with COGCC executive director Jeff Robbins to enhance our operating procedures and ensure that we could inform thousands of Adams County residents with project details, the use of technologies involved, and what they can expect at each step along the way. Advanced seismic data acquisition is a minimally-invasive process that greatly increases an operator’s ability to drill in areas most efficiently and appropriately distanced from buildings and other infrastructure. Our transparent, inclusive process is the foundation of our approach to responsible energy production and a key contributor to Great Western’s strong safety record.”