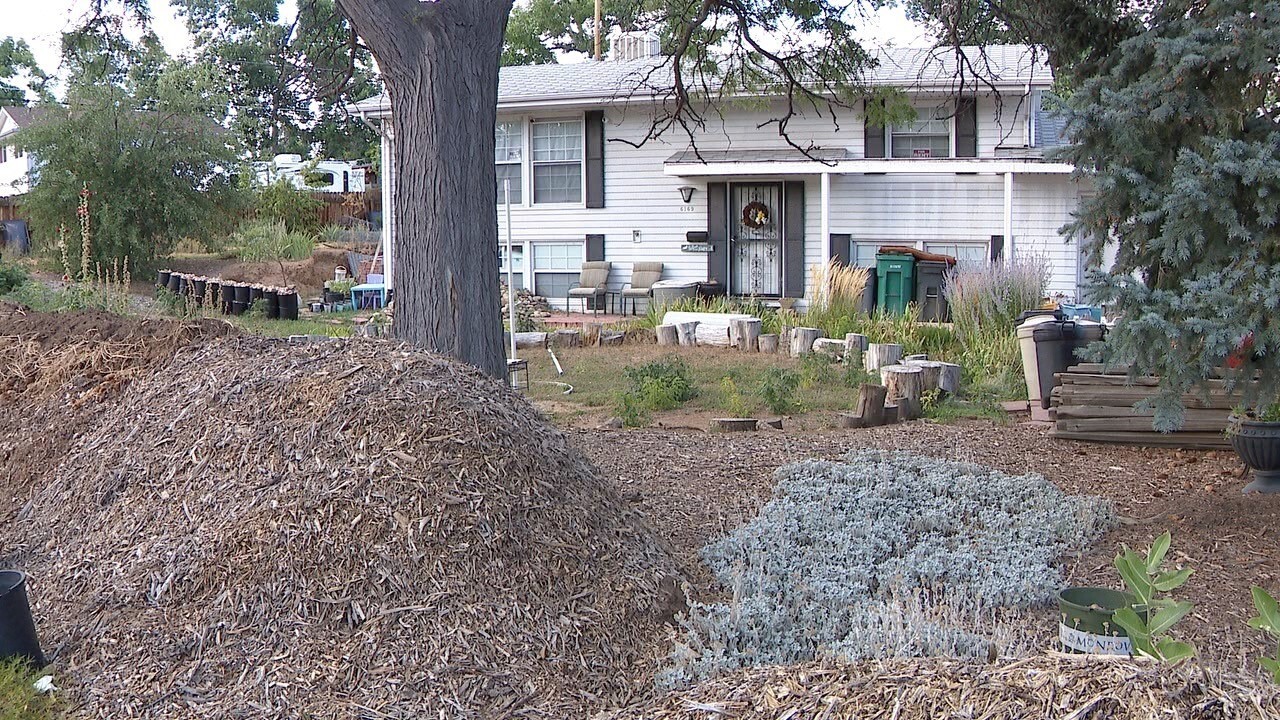 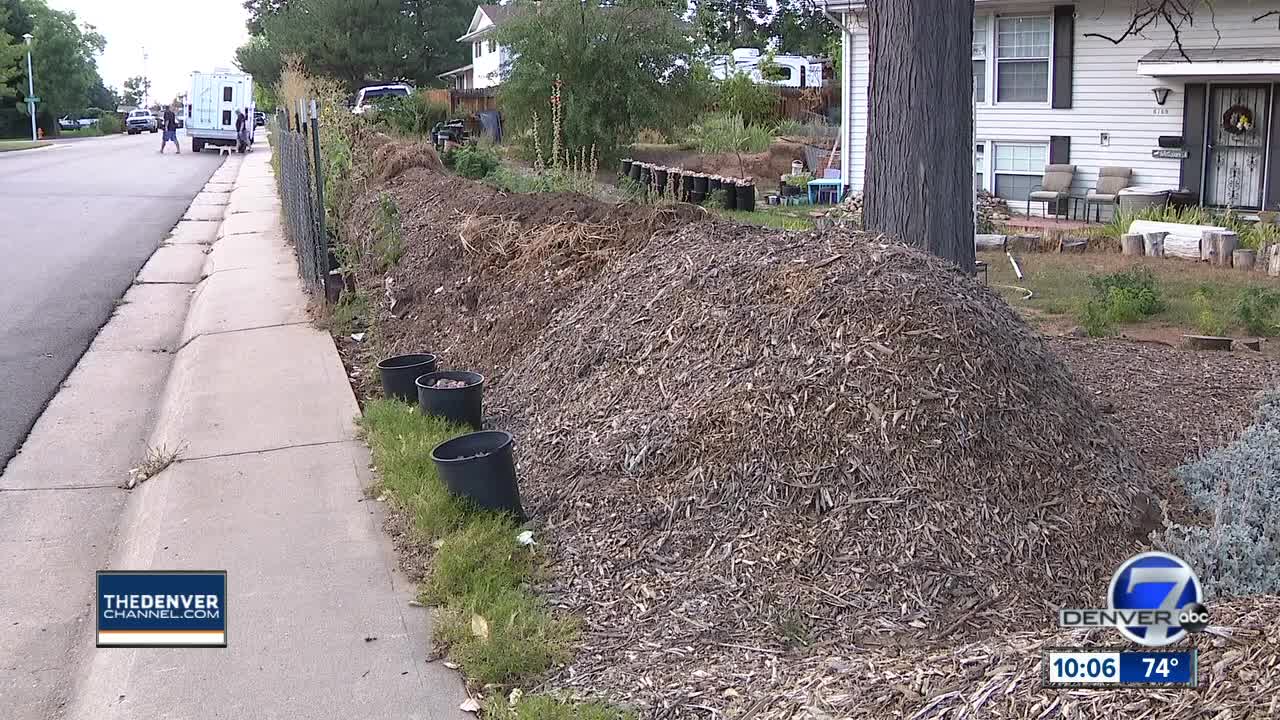 JEFFERSON COUNTY, Colo. — Some residents in a Jefferson County neighborhood say they are fed up with the sight of their neighbor's yard.

He has lived in the neighborhood for 13 years. For about half of that time, he’s looked across the street to an unsettling sight and watched the progression of his neighbor's yard.

Jefferson County Planning and Zoning told Contact7 the department has been dealing with this home and the homeowner, Wenda Hoff, for years. Hoff has faced several violations for her yard. One such violation, which she paid, cost $18,000.

Large mounds of mulch line Hoff's front yard now and a sink sits right in the middle. Parker says when the leaves start falling, many of them seem to make their way to Hoff's yard. Planning and zoning said Hoff tells them it’s compost for horticulture.

"This is something I think you should do in the country," Parker told Contact7.

Hoff did answer her door when we tried to talk to her, but declined to comment.

A Planning and Zoning supervisor said they are still going through the legal system with Hoff and Jefferson County administration will have to decide the next course of action.