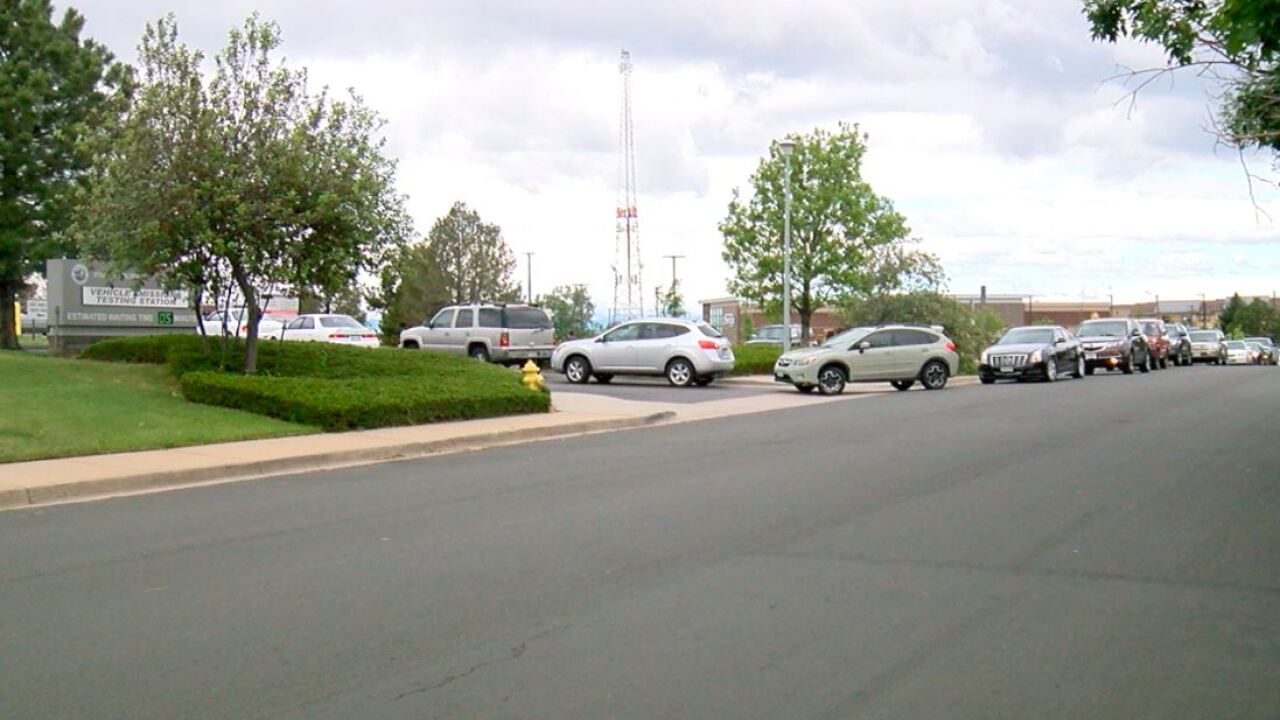 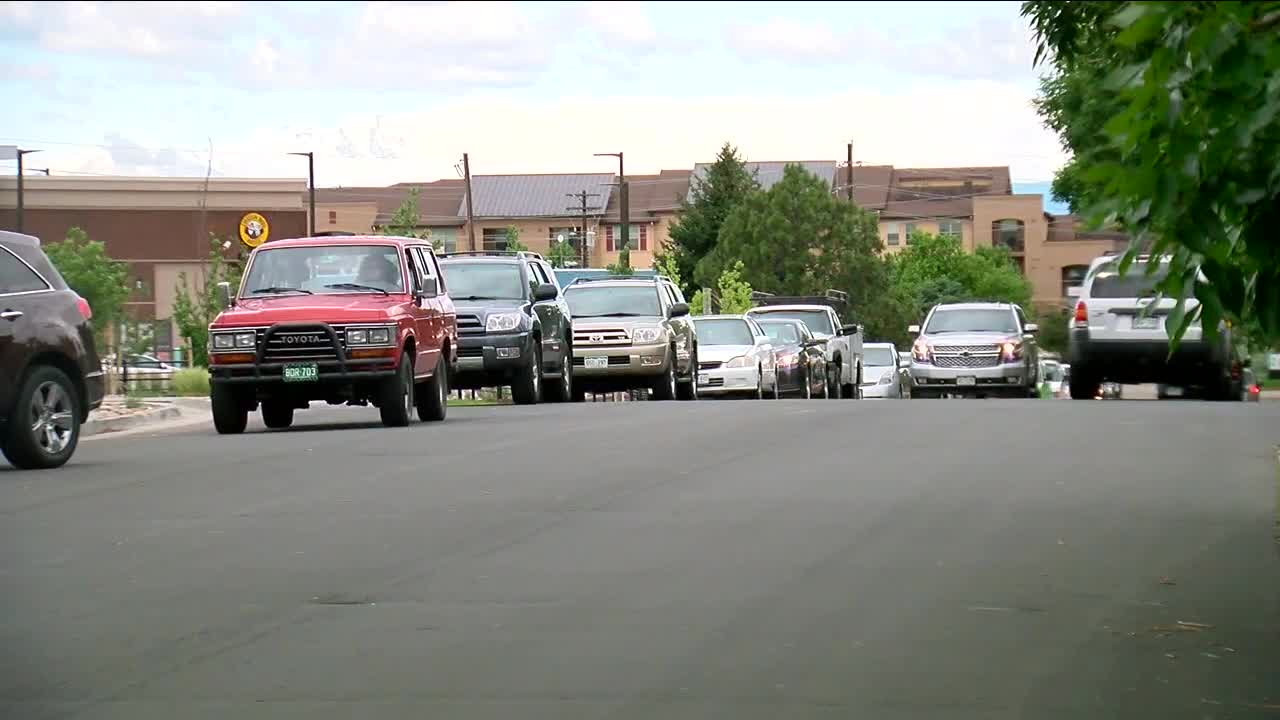 AURORA, Colo. -- Colorado emissions testings centers re-opened last month after a six-week shutdown due to COVID-19, and since re-opening, Contact7 has been getting calls about ridiculously long lines from frustrated drivers worried they won't get their vehicle registrations renewed in time.

No one likes waiting in line, especially when it comes to getting your emissions tested.

"Right now, it says five minutes but that's not true," said Ron, who was trying to decide if he wanted to wait in the long line of cars outside the Air Care Colorado Emissions Testing Center at 10190 E Warren Ave. in Denver. "Look! The line's still going clear down to Parker road, there must be 50 cars out here."

Ever since Air Care Colorado re-opened testing centers with social distancing standards a few weeks ago, Contact7 has been getting calls.

With only ten of the usual 18 sites open, drivers sometimes have to travel further and wait longer, even finding some sites closed for cleaning.

"This is the third time I've come," said Andre Villeneuve, while waiting in his car. "I came yesterday afternoon. This morning, I came at 7:30 and the line was already up to the street over there. It's ridiculous so I gave up twice. Now, I'm biting the bullet."

On his third visit, Villeneuve brought his Kindle and came prepared with some light reading.

"It's "The Brother's Karamazov" by Dostoyevsky," he said with a smile.

The clock is ticking for many drivers to get car renewals. County motor vehicle officers are authorized late fees, but only through the end of June.

"They need to open the stations," said one driver.

Renee Allen with Air Care Colorado said they are training and hiring more staff, and they plan to open two to three more sites by late next week.

She also had a tip on how to avoid the long lines.

"Don't come on Mondays," she said. "That's a bad idea if you don't want to wait. Try to go in middle of week and towards the end of the day."

Allen said they have more than 135,000 tests to catch up on from the six weeks they were shut down, so they are asking people with June renewals not to come until July because they have a 30-day grace period.