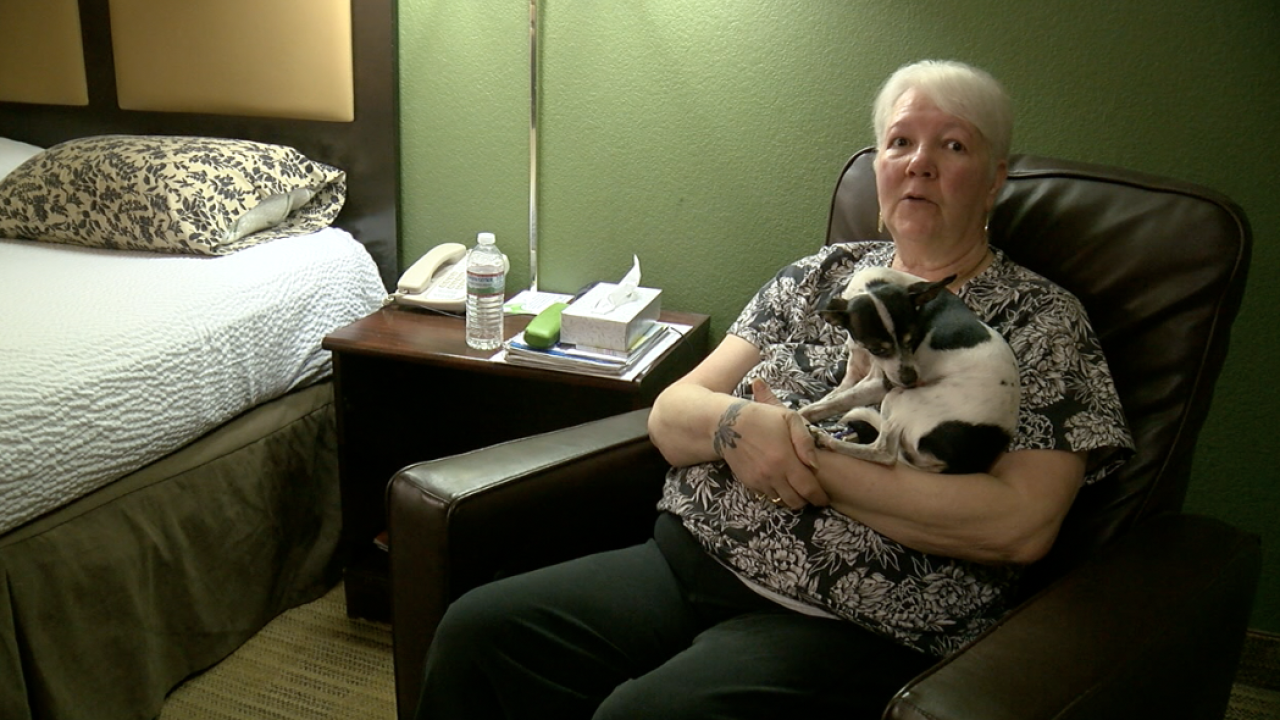 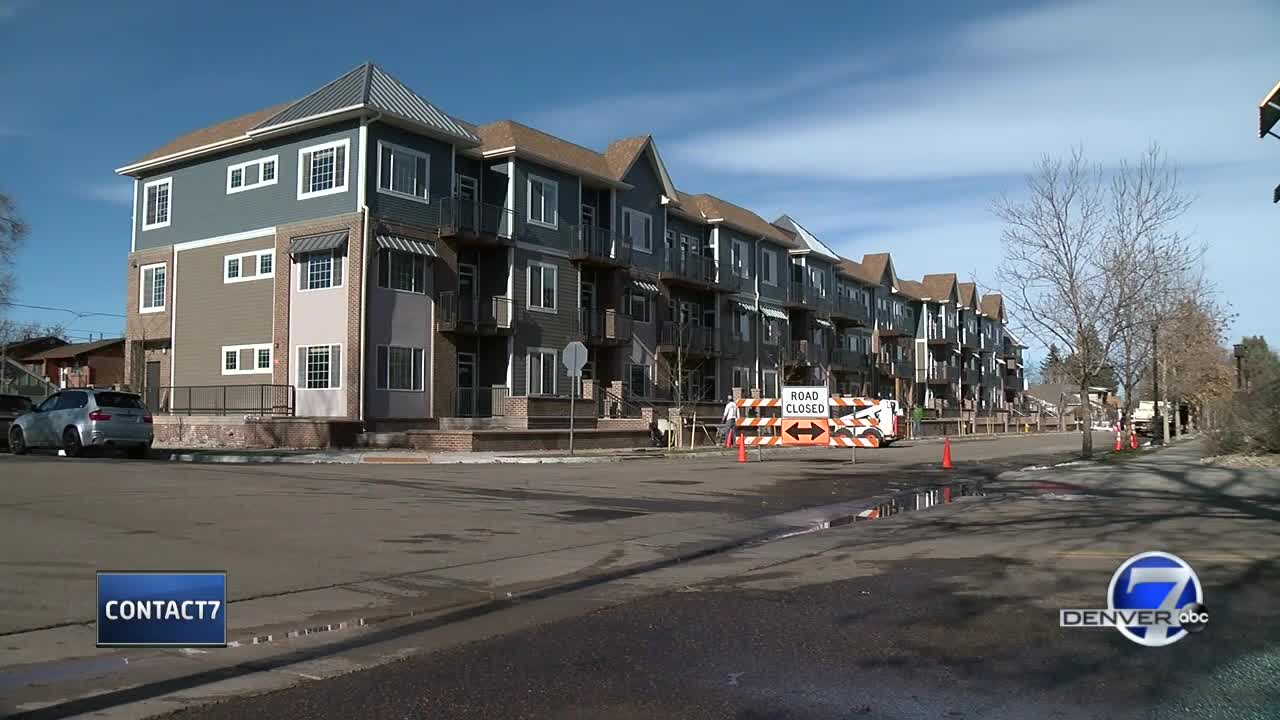 LAKEWOOD, Colo. — Teresa Grant was in need of a place after a new owner bought where she lived for eight years and raised the rent more than she could afford to pay.

"Eight years — I thought that was my forever home, and I liked living there," Grant said.

She applied for a unit at a low-income rental development called Littleton crossing in downtown Littleton and was approved.

Grant said Littleton Crossing initially told her that she could move in to her pet-friendly unit on Oct. 1. However, more than two months later, she still waits to call 5591 South Nevada Street home.

Grant moved into an extended stay hotel in Lakewood, where she remains as of early December. Thanks to help from friends and even the Denver Housing Authority, she's been able to afford to stay at the hotel. But she's only paid until Tuesday.

"My section 8 voucher is going to expire at the end of December, and if that expires, I'm really in a world of trouble. I'm disabled and have several medical problems that keep me from working," she said.

Denver7 reached out to management at Littleton Crossing. They are waiting on the construction company to turn the building over to them after some needed maintenance. They say they hope it happens next week so they can start moving people in soon after.