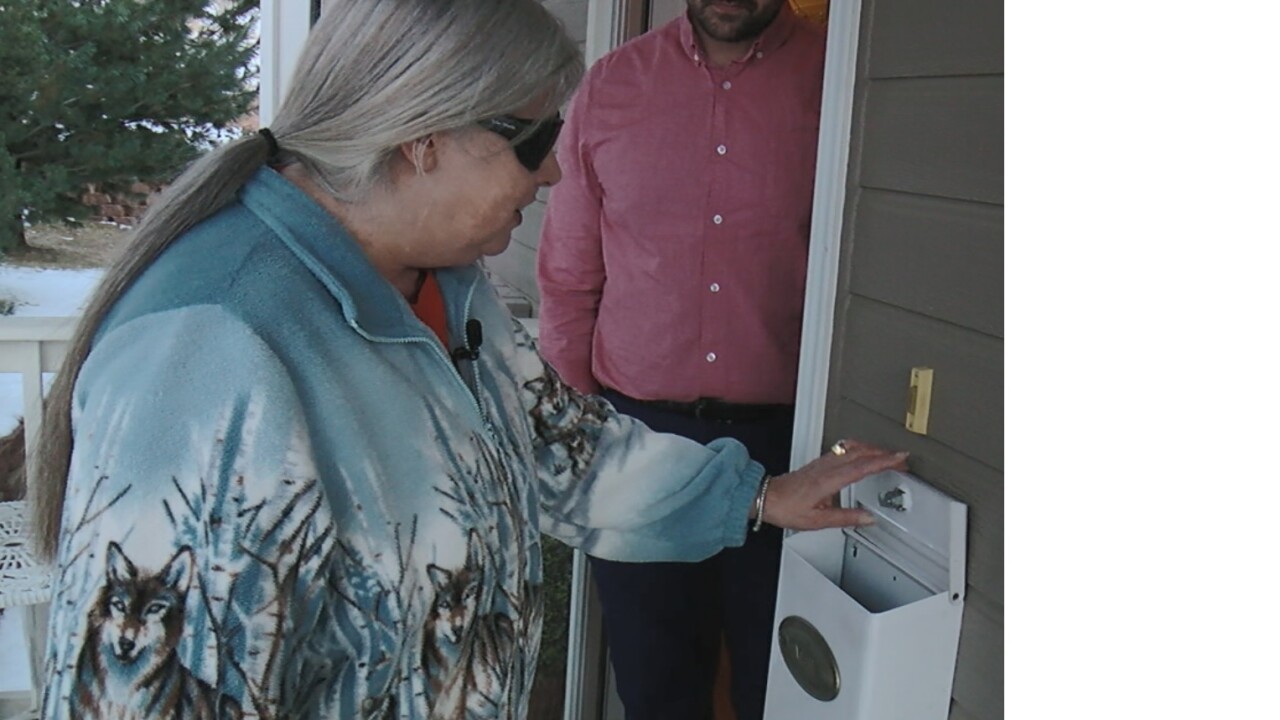 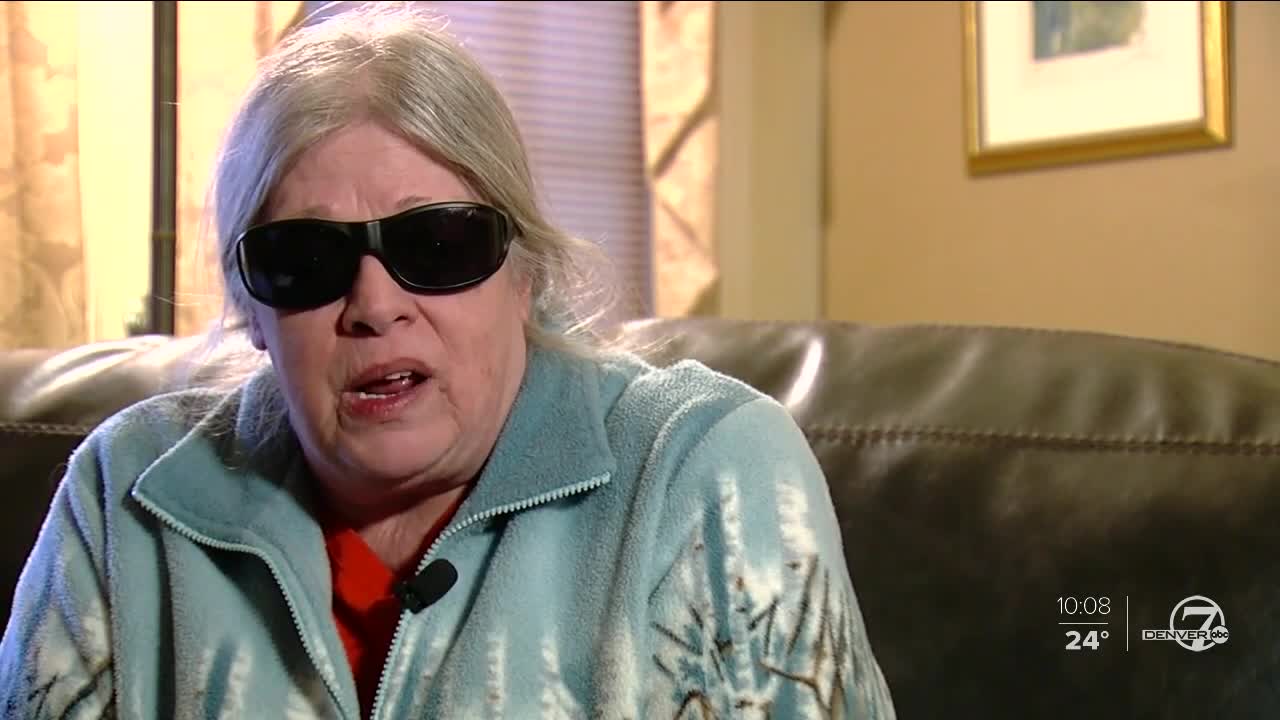 UPDATE | Feb. 19 — Sandy Soupious, the legally blind woman who couldn’t get her mail because USPS wouldn’t drop the mail off to her home, told Denver7 on Feb. 19 that after a years-long battle, she is now getting mail delivered directly to her mailbox. She said the mail started getting dropped off at her house just a couple of days after the Denver7 story aired.

DENVER, Colo. — Sandy Soupios said she checks her mailbox daily and it's always the same result.

"I open up my door and I go, 'nothing.' You know, there’s nothing in there," Soupios explained as she looked at her mailbox.

The reason she doesn't have it delivered right outside her door is because the mail gets delivered down the street from her condo. The community mailbox sits about one-tenth of a mile from her condo. A quick stroll for most, but not for the 63-year-old.

She moved to her home on W. Yale Ave. in Denver 13 years ago to take care of her mother, diagnosed with Alzheimer's.

"I was my mom’s caregiver for as long as I could do it," Soupios said.

As her mother's disease was getting worse, so was Soupios' eyesight. Since 2004, she said she's had 36 eye surgeries and is barely able to see a few feet ahead of her.

In 2007, she tried to make the hike down to get her mail. Soupios didn't see the steps turned to the right and fell. She's never attempted to make the walk again.

It's been nearly four years since Soupios lost her mother. Secluded from a world that's been cruel, she said she wears glasses to hide her eyes.

"One night, I went to dinner with my girlfriend. We went out for Mexican. There was a couple that kept staring at me," Soupious said. "They came up to my table and the husband called me a freak."

She has seen kindness from her neighbors who get her mail once a week, but Soupios said she feels guilty asking for help. That's why she's been at odds since the end of October with the USPS.

Soupios said she was told in October that in order to receive the mail to her front door, she needed to buy her own mailbox and get a doctor's note. She did both. Months later, no mail.

The woman told Contact7 she recently spoke to another department of the Post Office. She said she was told this time, she needed to provide not just the mailbox and the doctor's note, but also a letter of request. Soupios said that even if she did everything again from the start, there would be no guarantee she'd get the mail outside her door.

Contact7 spoke to a USPS representative who said they will be looking into the matter and they would like to help.