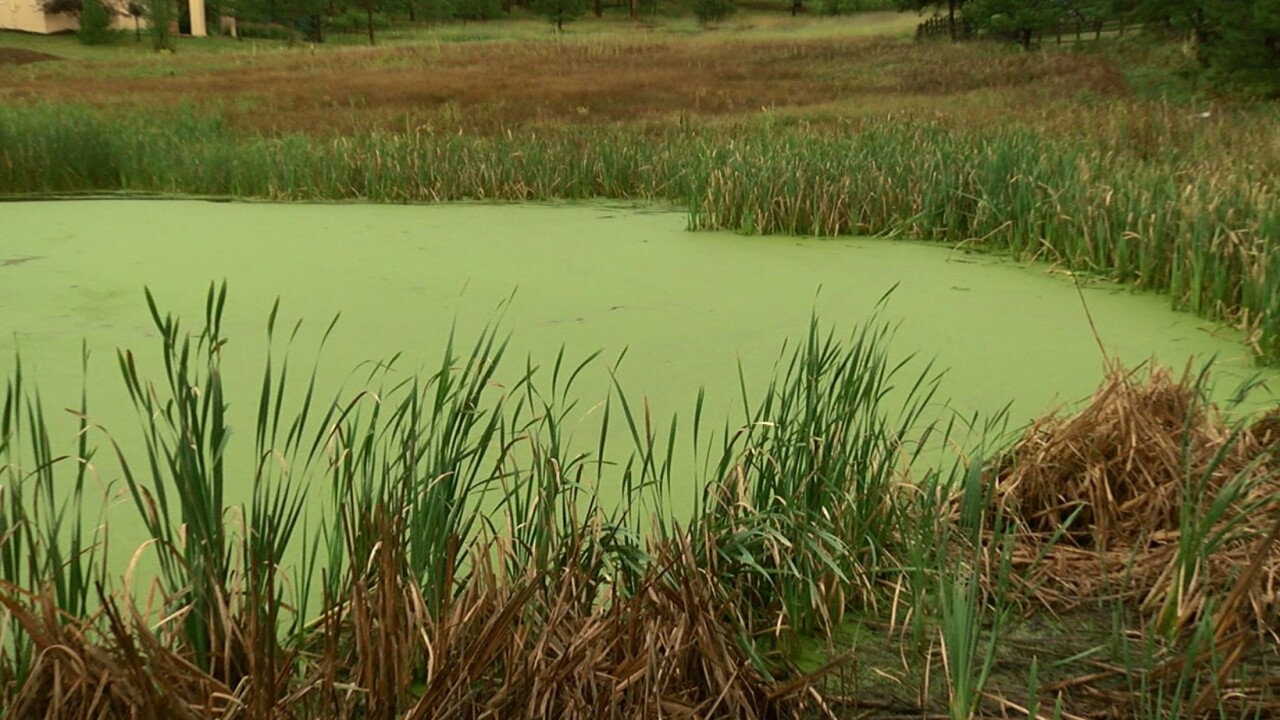 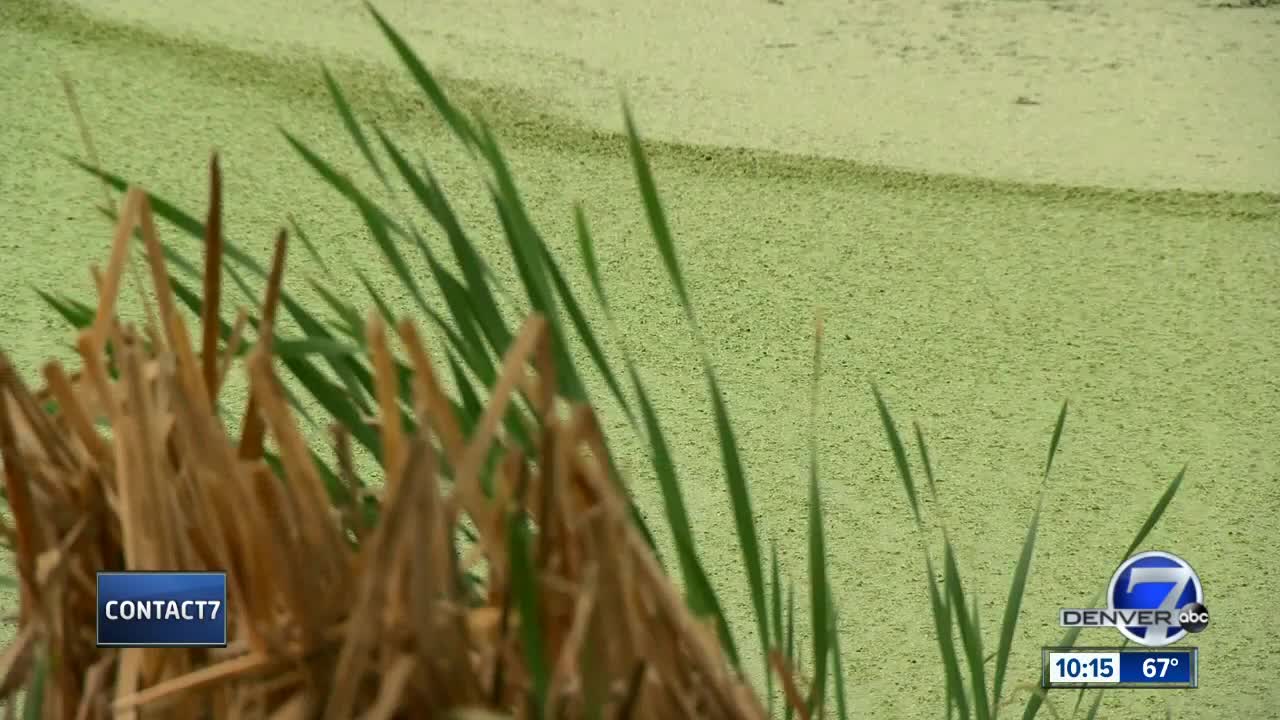 LARKSPUR, Colo. — A Douglas County couple reached out to Contact7 for help after years of trying to get the water in a pond near their home cleaned up.

Rick Hone says he and his wife purchased their home because of the view of the once crystal clear pond from their deck, which drew in deer, ducks and other wildlife.

But five summers ago, the water turned green.

“It’s not healthy. I don’t care what anyone says,” Hone said. “I wake up coughing, I take allergy pills, nose spray, we put the dog on medication because he was sitting there hacking up mucus and stuff.”

Douglas County Open Space believes it’s mostly duckweed in the water, which is a type of aquatic plant, but admitted the water is stagnant because it’s not draining and could contain algae.

The water has a thick layer of green on the surface and a strong odor.

“Right after the rain I opened the windows -- it smelled like dead diapers,” Hone said. “You are getting sewer water and all the chemicals people put on their lawn so it’s going into the pond.”

Douglas County Open Space says they have treated the water for mosquitoes and duckweed but are doing it slowly to not kill the wildlife in the pond.

“All the blackbirds are gone, all the turtles are gone, frogs are gone; it’s poison,” he said.

He wants the water tested and a plan to fix it before next summer rolls around.

“I don’t know if it’s duckweed or what, I just want somebody to give me some answers. Just, what’s your plan and how are you going to clean it up? I don’t want to piss anybody off, I just want to do what my taxes are paying for,” he said.

Douglas County Open Space says they are considering draining the pond and that their engineers are looking into the best option to treat the water. They say so far, nothing has worked.